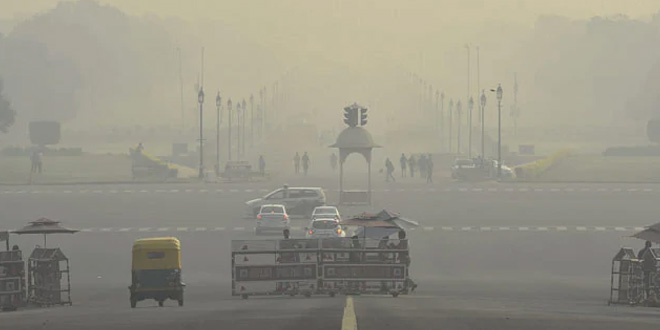 New Delhi: Supreme Court-appointed Environment Pollution Control Authority Chairperson Bhure Lal Saturday said he visited various pollution hotspots in Delhi and found rampant illegal polluting activities especially garbage burning taking place in these areas. Hotspots are vulnerable areas where pollution is very high due to polluting activities. Mr Lal visited Mundka where he saw several garbage burning instances. “The garbage mainly consisted of rubber and plastic waste which is carcinogenic. I held meetings with industrial associations and made our stand clear that we would not tolerate garbage burning at any cost,” he told PTI.

Mr Lal said he got it in writing from industries that they would stop burning garbage in open and would sprinkle water to mitigate pollution effects. “I told them that a penalty of Rs. 50,000 would be imposed for burning garbage in the open and if they are caught for a second time then their industrial unit would be shut,” he added.

He also met with villagers who complained that pollution has led to breathing issues and has even caused cancer to many of them. He was accompanied by MCD and DDA officials and visited Nangoi and Tikri with them. Mr Lal would be conducting an inspection of Bawana and Narela Monday and would be visiting Anand Vihar Tuesday.

The Central Pollution Control Board-led task force on November 22 recommended to the EPCA that industrial, construction and demolition activities should be banned in major hotspot areas when air quality levels reach ‘severe’ category.

In areas outside Delhi, six hotspots have been identified. They are — Sector-16A in Faridabad, Vikas Sadan in Gurgaon, Vasundhara in Ghaziabad, Knowledge Park-III in Greater Noida, Sector-125 in Noida and RIICO Industrial Area-III in Bhiwadi. Delhi has been battling alarming levels of pollution for nearly two months with the air quality hovering between “very poor” and “severe”, and slipping into “poor” on better days.

2% Yamuna Stretch Accounts For 76% Of Pollution In River: Report