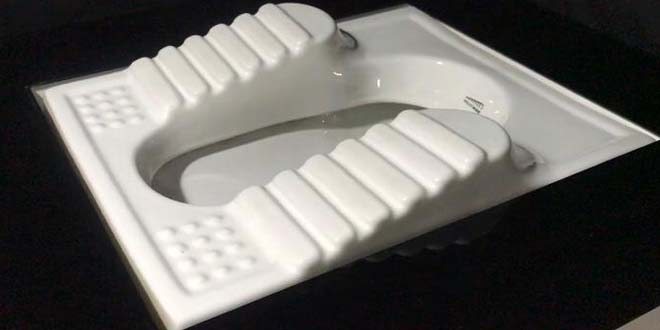 New Delhi: “I often hold my bladder and avoid using a toilet because we have Indian toilet at our place which requires squatting to use. We don’t have enough money to renovate our washroom and get a commode which costs around Rs. 5,000 or more”, says 60-year-old Prem Ashok Rawal, a resident of Ghaziabad, who often finds it difficult to use an Indian toilet or squat toilet because of her knee surgery and age. Understanding the problems faced by Indians while using a squat toilet, 26-year-old Satyajit Mittal, a student of Product Design and alumni of MIT Institute of Design has come up with a unique innovation – SquatEase – unidirectional, clean and comfortable toilet solution.

Squatting while using an Indian toilet can be stressful on the knees and requires balancing, often causing knee related problems over a period of time. Also, it is tough for the elderly to squat, so I came up with this human centred designed product SquatEase. It is a unique squat toilet pit which makes squatting more ergonomic – making it user friendly and pain-free.

Also Read: There Will Be A Time, When Tourists Will Come To India To Visit The Colourful Toilets, Says PM Modi At Swachh Shakti 2019

To make squatting easy, Satyajit has redesigned the footrest of regular Indian toilet. To reduce stress on knees, hips, and thighs, and allowing people with joint problems to use Indian toilet easily, he has included an angle of elevation, providing more surface area to keep heel and toes and maintain center of gravity. The added surface aids in equal weight distribution among back, toes, and knees, making it comfortable to squat.

Satyajit claims it to be a visually impaired friendly toilet as footrest tells the direction of the first ever unidirectional toilet. Elaborating more on the same, Satyajit says,

Floor markings on the toilet are designed as a guide for the visually impaired to identify the correct spot to turn and squat to aim correctly. Ergonomics aids to the people with joint/knee problems to squat easily.

Also Read: Here’s Your ‘Kloo’ To Use Public Toilets: Kerala Introduces A Unique Project To Provide Toilets For All

Also, the innovator believes that, inclined footrest gives the user no option, but to use the toilet in one direction for which it was designed, making it easy to clean.

The best thing about this toilet is, it is cheap. SquatEase toilet pan costs only Rs. 999 inclusive of taxes. Though the cost of innovation is Rs. 10 lakh and innovator invested two years in research, design, development, prototyping, validation and testing.

Further explaining the idea behind his innovation, Satyajit says,

While squatting, many people prefer to sit on their toes, with heals raised. This shifts their center of gravity forward making a more stable stance that reduces the risk of falling backward, compared with squatting flat-footed.

To understand the physical consequences of this behavioural pattern and squatting position, Satyajit discussed it with physiotherapists and realised, a change was needed.

Someone has rightly said, “necessity is the mother of invention.” Considering the ‘need’, Satyajit designed a footrest for squat toilets.

The idea actually came while designing a problem-solving product for one of my courses at the institute called Special Needs. It was also at the time that the Swachh Bharat Abhiyan and large-scale toilet construction were in full swing and I was curious about the state of sanitation in the country so wanted to narrow down on one problem that was unresolved and tackle it with a smart design, says Satyajit.

For his unique innovation, Satyajit received the Swachh Innovation of 2018 on the Swachh Bharat Diwas organised by the Ministry of Drinking Water and Sanitation. The swachh innovator also got the tender to install 5,000 SquatEase toilets at the Prayagraj Kumbh. 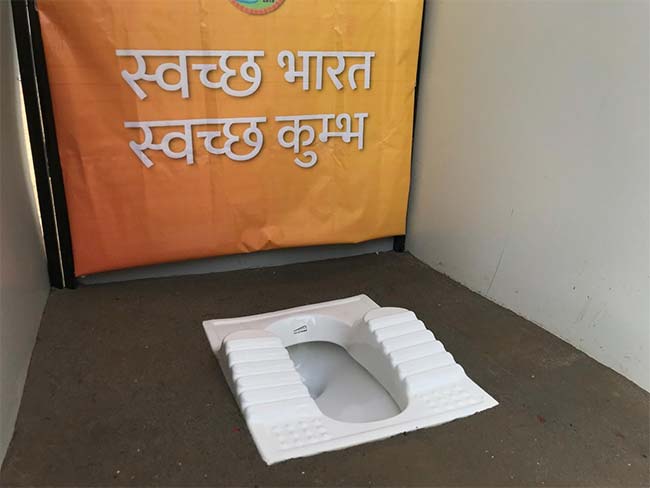 5,000 SquatEase toilets have been installed at the Prayagraj Kumbh

When I got to know that this year Kumbh is focused on sanitation and 1.25 lakh toilets will be built, I headed to Prayagraj in June 2018 to find out more on this. I met numerous people and pitched them ‘SquatEase’ for their toilets, says Satyajit, recalling the journey to Kumbh.

In last five months, 6,000 units of one of its kind squat toilets have been sold. The innovator plans to sell another 5,000 units by May.

At the moment, we are doing bulk sales, but soon starting out direct sales through our website as we are getting a lot of enquiries online. We also plan to go retail soon.