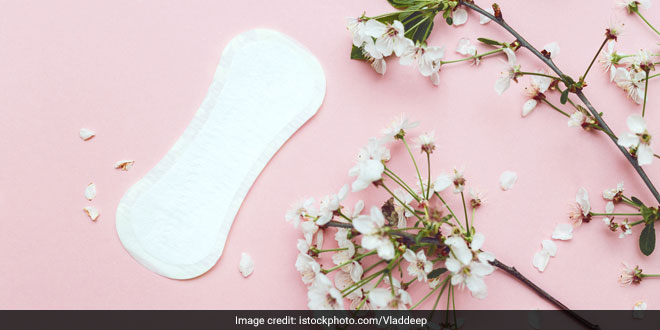 New Delhi: A Spain-based women’s sportswear brand called Believe Athletics, along with the Delhi based NGO Dharma Life are changing the lives of young women from rural India through their campaign “Wind Beneath Her Wings”, where for every sale by Believe Atheletics, the company gives away a sanitary kit to a young girl residing in rural India since 26 January this year. Till now, The campaign has helped over 2,100 girls with these kits that consist of sanitary napkins and educational materials on menstrual hygiene.

The activity is executed by Dharma Life’s rural women entrepreneur network who use innovative tools to address the taboo subject of menstruation. The girls are taught about menstruation and how to maintain proper menstrual hygiene through relatable stories of young girls dealing with menstruation, just like them. Gaurav Mehta, founder and CEO of Dharma Life says,

The approach is reinforced through various games and activities. Strengthening the relations between women, particularly mothers and daughters are also encouraged to enable them to talk about periods and help each other.

According to a report titled ‘Menstrual Hygiene management among adolescent girls in India: a systematic review and meta-analysis’ by researcher Van Eijk, 48 per cent of the adolescent girls in India are completely unaware of the concept of menstruation until they get their first period. The same report also highlights how 62 per cent women in India in the age group of 15 to 24 still use cloth or unhygienic alternates during periods and many young girls drop out of schools during their periods because of the stigma attached with menstruation. Mr. Mehta told NDTV,

Sanitation is a major issue amongst the rural population of India. Lack of toilets and unawareness about menstrual hygiene has an adverse impact on women’s health. Thanks to Believe Athletics, more than two thousand girls have learnt how to stay healthy even during periods. What we aspire to do is change the mind-set of people about menstruation.

According to Regina Rodriguez, director of Believe Athletics,

When we started Believe Athletics two years ago, our aim was not just sales but to make women stronger around the world. We have always believed in doing things right and strongly support women empowerment. When we got to know about Dharma Life and what they do, we knew that affiliating with them would be a step in the right direction. They inspired our decision to provide kits to women from our sales proceeds to improve women’s menstrual health.

Dharma Life is a social enterprise that addresses various social development goals with focus on gender, poverty alleviation, sanitation and good health, among other things. The initiative, which went live on January 26, curtailed from the need to educate young girls and women in Indian villages aware about the importance of menstrual hygiene to prevent infections and infertility.

Hyderabad Goes Beyond ODF To Achieve ODF Plus Plus Status