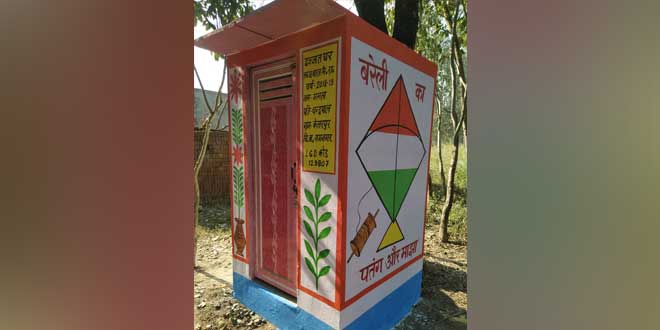 New Delhi: With art adorning their walls, one crore toilets in rural parts of India are creating awareness about Swachh Bharat Abhiyan and different aspects of sanitation, as part of ‘Swachh Sundar Shauchalaya Contest’ (clean beautiful toilet contest). While toilets in Karimnagar district of Telangana are educating people about toilet etiquettes, toilets in Balkonda mandals of Nizamabad District are giving lessons on handwashing, and toilets in Parbhani and Satara districts of Maharashtra are asking people to not defecate or urinate in open. But district authorities of Bareilly in Uttar Pradesh decided to do it differently – depict cultural heritage of the city through the toilet paintings. 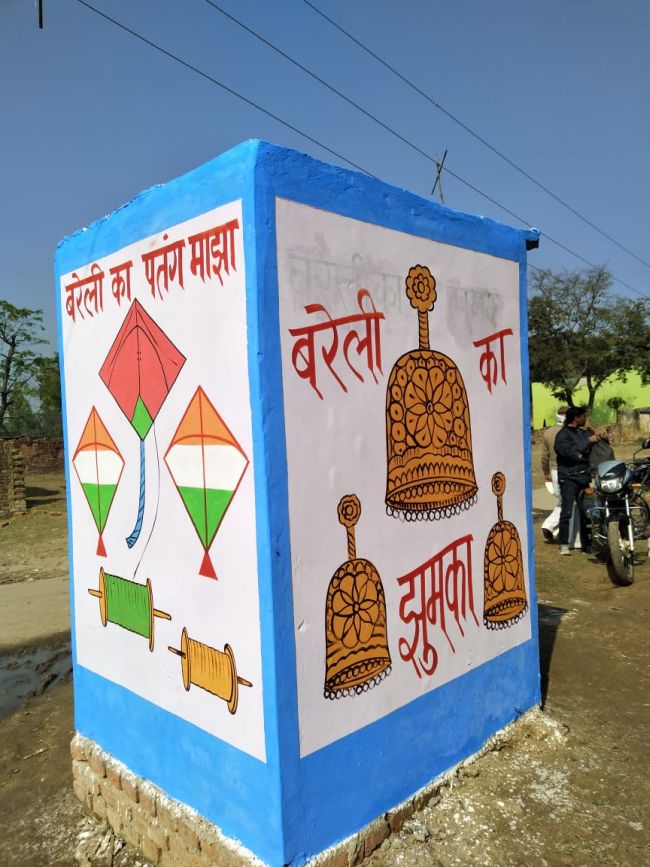 From the very famous Bareilly ka jhumka (earring), soorma (kajal), to Ahichchhatra Qila, Lilour lake, Patang manjha and other things that are integral to Bareilly’s identity are being painted on the walls of the toilets. Of the total 2.5 lakh toilets in Bareilly district, administration is painting 20,000 toilets as part of the competition. 25,000 toilets were decorated during World Toilet Day contest in November. 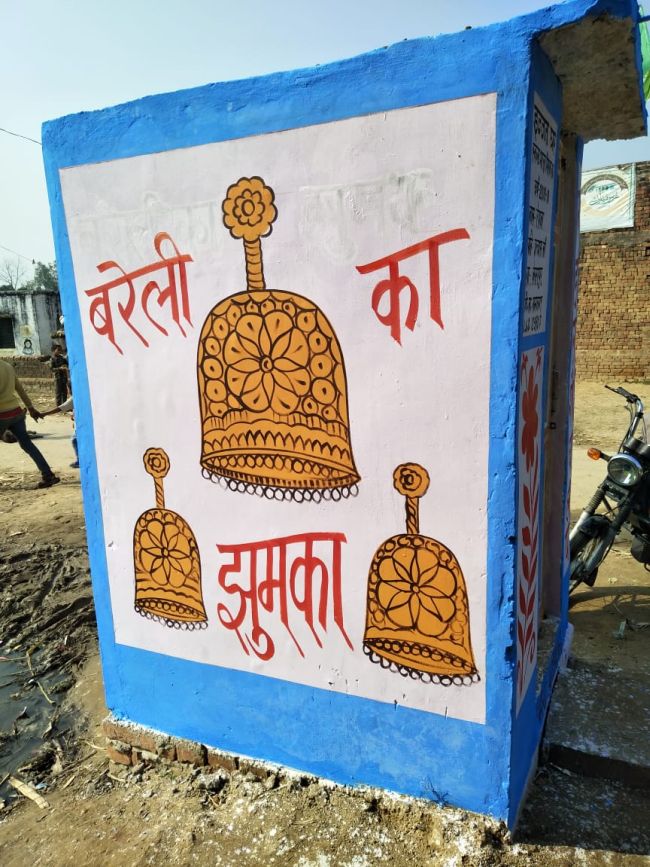 Talking about the inspiration behind this theme, Chief Development Officer, Satendra Kumar, says,

During my interactions with children in different villages, I noted that majority of them were not aware of the cultural aspect, history and heritage the city holds. Children here don’t know about the very popular Ramnagar Fort. But why blame children, when it is their parents who have never been to the fort. So I decided to educate the citizens about Bareilly through this toilet beautification contest. 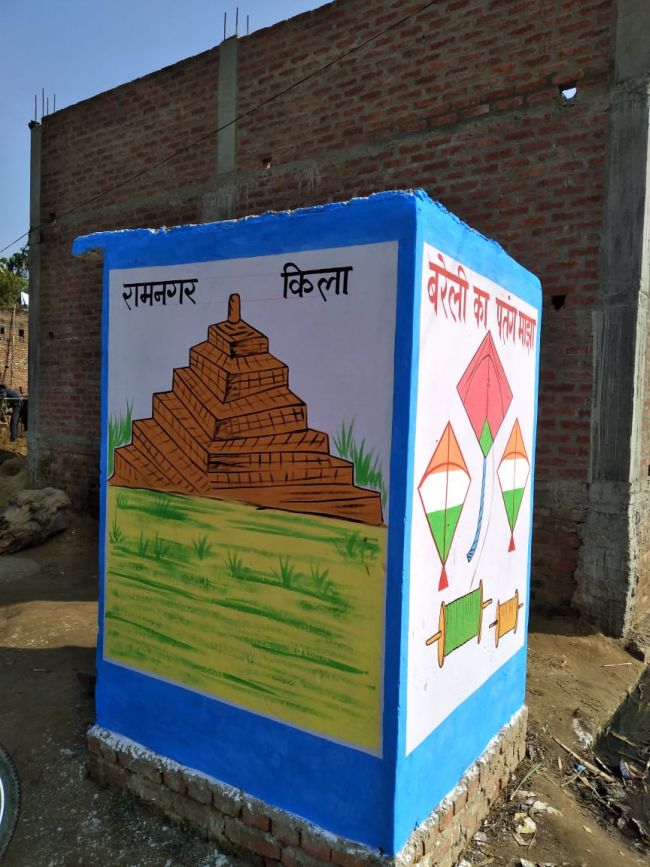 Explaining how district administration is motivating villagers to participate in the contest and decorate their toilets, Mr Kumar says,

Though Swachh Sundar Shauchalaya Contest is a nationwide competition, but it’s a competition among villagers as well and to be in lead, they need to come up with the best decorations ideas. We are creating some model painted toilets in every village through IEC (Information, Education and Communication) funds which people are replicating on their own. We have also introduced awards for villagers.

On February 10, district administration will release the results and award five best performing gram panchayats. Gram panchayats will further reward beneficiaries – villagers with best toilets. Awardees will get a certificate of appreciation and swachhta kit consisting of a toilet brush, toilet cleaner, liquid soap and other items required to maintain cleanliness and hygiene.

‘Swachh Sundar Shauchalaya Contest’ (Clean Beautiful Toilet Contest) instituted by the Ministry of Drinking Water and Sanitation (MoDW&S) aims at promoting toilet usage and mobilising rural households to beautify their toilets. The month long contest kick-started on January 1 and encourages households in every district, village, and block of India to decorate their toilets and compete to secure the top position.

So far the contest has witnessed one crore toilets being decorated with messages of Swachhata (cleanliness).

For Every Sale, This Brand Is Educating A Young Girl About Menstrual Hygiene And Gifting Her A Sanitary Kit