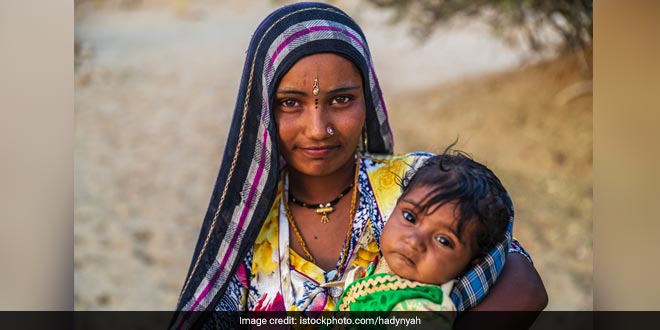 New Delhi: The government of India started a month-long campaign on September 1 to raise awareness about the problem of malnutrition which is the leading cause of deaths among infants and children in the country. As per experts, undernutrition, if not tackled in time, can cause irreversible damage to a child’s physical growth and brain development and the importance of nutrition starts from the very beginning when a child is conceived. The nutrition and care received during the first 1,000 days that from the start of a woman’s pregnancy until the child’s second birthday, offer a unique window of opportunity to shape a healthier future. The right nutrition during this window can have huge impact on a child’s ability to grow and learn. It is because of the vulnerability that the first 1,000 days bring to children that it has been kept as one of the themes of the government’s month-long nutrition campaign. But what are the steps to be taken to ensure proper nourishment and healthcare?

Also Read: Expert Blog: Why Is The Focus On First 1000 Days From Health Perspective Of Mother And Child?

The first 1,000 days are the most vulnerable days for a child. The brain of a child starts to develop on the 16th day of a baby’s conception and by the second trimester, the child is already dreaming and thinking. As the baby reaches the fourth week in the womb, there are already more than 10,000 cells in the brain and by 24th week, there are 10 billion cells in the brain. At the time of birth, the number of brains cells increase to 100 billion. Thus it is a very important time period for a baby’s growth and future health. It is the foundation on which the future of a person stands.

Nutrition And Hygiene Are Extremely Significant During The First 1,000 Days

Nutrition is extremely important to keep the mother and child healthy in the first 1,000 days. She said,

Proper nourishment is required during pregnancy, because the baby is developing, all the body parts are under formation and so the nutrient needs of the body is very high.

Dr. Maheshwari says that three nutrients – iron, iodine, and zinc are most important for a child. Any deficiency of these nutrients during the first 1,000 days can cause irreversible damage. And thus it is very important for the mother to take iron and folic acid in enough quantities. She says that the iron and folic acid tablet are easily available at most government hospitals.
She recommends that for ensuring healthy 1,000 days, early detection of the pregnancy is the key here. She says,

The lady must seek medical help, as soon as the pregnancy is detected. Regular ante-natal check-ups are an absolute must.

Another important thing to ensure during the 1,000 days is hygiene. It is important that the mother remains away from infections because if she gets ill, the child will also be impacted. Handwashing with soap is the most cost-effective way to ensure hygiene and prevention of infections. As many as two million children die every year globally due to diarrhoea caused because of lack of hygiene and half of these deaths can be avoided simply by hand washing.

Breastfeeding- The Superfood For Babies

Breastfeeding needs to be initiated within the first hours of the birth, said Dr. Maheshwari. However, according to her experience of working in the rural areas, there are many myths around breastfeeding. She said that many times, the first milk of the mother is considered bad because it looks different from regular milk but it is extremely nutritious. She said.

The first milk of the mother is yellow in color and thick in consistency and people tend to throw it thinking it is bad cholesterol. The milk has properties that can protect the child from various infections and thus must be given to the child.

She said that the child needs to be breastfed exclusively in the first six months and breastfeeding must be continued in for two years along with complementary feeding.

Also Read: National Nutrition Month: Importance Of Breastfeeding For Both Mother And Child

Immunisation To Minimise Exposure To Infections And Diseases

Dr. Swati recommended that the child and mother must get all the necessary vaccinations. She says that immunisation must not be ignored in any case.

“The mother has to be vaccinated during pregnancy so that any kind of infections are not transmitted to the child. The child must be vaccinated after birth to keep it safe from deadly diseases like smallpox, tetanus, diarrhoea, respiratory pneumonia, and others,” she said.

Child’s Interaction With The Outside World

Whatever the mother is doing during pregnancy, including her thought process, eating habits, her stress and any other emotion, directly impacts the child. The child is affected by the outside world even when it is inside the womb. Once the child becomes a part of the outside world, the child must be made used to the new environment slowly and steadily. She recommends that the child is given ‘Kangaroo care’ in which the mother holds the baby close to her chest, so that the respiration of the mother synchronises with the respiration of the baby, which makes it feels secure and helps in boosting its growth.

Dr. Maheshwari also recommended that the mother and other family members of the child must interact with the child for its cognitive development. She said,

The baby should hear different kinds of sounds, look at various kinds of colors as this helps in the development of the child.

Weaning Food Should Have ‘VAW’ – Variety, Adequateness And Wholesomeness

Emphasising on the importance of nutrition for babies, Dr. Maheshwari said that after six months of exclusive breastfeeding it is important to introduce nutrition from other foods as well, since the nutrition demand of the body increases. She said that while the breastfeeding needs to continue for two years, the child can be given lentils soup, puree made from boiled fruits, mashed potatoes, mashed bananas, and vegetable soup.

She asserted that since the child is used to the taste of the breast milk, so tastes like that of salt, fruits, vegetables will be new to it and the baby may even reject it. She recommended,

Parents need to be patient during this phase. With new tastes being introduced in the diet, the child’s taste goes for a toss, baby can become cranky and may push every food away. The parents need to tackle this by remaining calm and patient so that the child can take its time to get the taste of the new items.

She stresses on keeping the food VAW- full of variety, adequateness, and wholesomeness. She says that a child must be given various kinds of food so that it doesn’t get bored of, or used to that particular food. However, Dr. Maheshwai also recommends that the children should not be given a variety of food item in one day. She suggests introducing one item at a time and wait for at least two days before giving another item to the baby.

Awareness Can Help Fight Malnutrition Among Women And Children

Dr. Maheshwari laments the fact that India has some very poor statistics related to malnutrition in the world. She said that this is mostly due to the lack of awareness among people, especially in rural areas. While sharing her experience of working in the rural areas, Dr. Maheshwar said,

Women in the rural areas are very receptive and they want people to educate them about what is healthy for them and their children. Also, rural communities are mostly very closely knit. If a child loses life or a mother dies due to complications, it really impacts the whole community. Thus, if awareness is built among these communities, everyone becomes a stakeholder and takes it up as a challenge to keep the baby and mother safe during pregnancy and after birth.

Watch the full video of the discussion on ‘First 1000 days: Its Importance And Impact Of Mother’s Health On The Child’ with Senior Technical Advisor India Nutrition Program, Maharashtra

Most Anaemic Women Are Not Aware That They Are Dealing With Anaemia: Lovneet Batra, Clinical Nutritionist