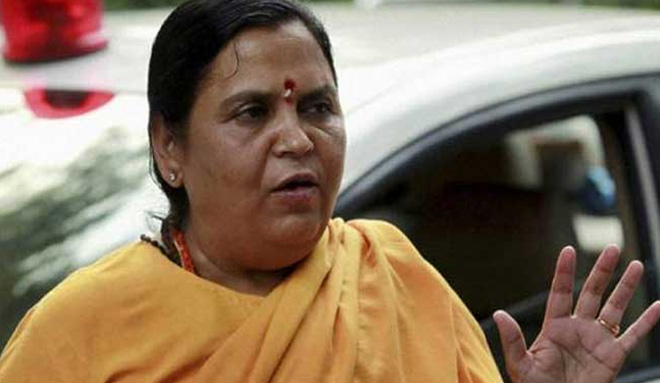 The first time-line to clean river Ganga will be delayed by at least eight months, Union Water Resources Minister, Uma Bharti said today. She said an authority (through the River Ganga Rejuvenation, Protection and Management Authorities 2016 order) was constituted by the Union Cabinet and that it has all relevant powers to deal with the issue. Responding to a query, Uma said Narmada and Ganga rivers could not be compared as Narmada is one of the cleanest rivers in the world, while Ganga happens to be among the ten most polluted rivers.

The first time-line to clean Ganga river will be delayed by eight months as a society formed in this regard do not have requisite powers to tackle issues related to environment and related subjects, she told reporters at her residence.

The Union Minister said a committee has been constituted to study the Telangana government’s “Mission Kakatiya” on the inter-connectivity of ponds, which has ensured availability of water for irrigation as well as drinking purposes.

As sewage from a number of cities, including Varanasi, Allahabad and Kanpur besides from industries and panchayats is directly dumped into Ganga, the river is bound to be among the most polluted rivers. The panel will explore the possibility of replicating the same scheme in the Bundelkhand region, which also faces acute water crisis, she said.

Uma lauded Madhya Pradesh Chief Minister Shivraj Singh Chouhan for launching the “Narmada Sewa Yatra”. She said Chouhan has ensured that saplings would be planted on both sides of the river as part of its conservation. The Centre had in January told the Supreme Court that the time-lines for completion of the ongoing projects had been prepared after consulting the five Ganga basin states, which are primarily responsible for implementing the projects for the rejuvenation of the 2,500 km long river.

On January 24, the apex court transferred a PIL on cleaning of River Ganga, pending for over a decade, to the National Green Tribunal (NGT), which is hearing the matter since 2014.