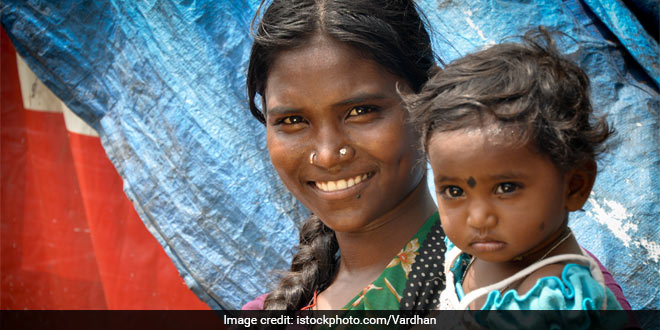 New Delhi: The Centre has asked states to focus on tackling malnutrition among slum-dwellers and migrant population in urban areas during a month-long campaign under the government’s flagship nutrition scheme Poshan Abhiyaan. The government said malnutrition in urban areas is mainly caused by increasing population of the poor, food safety risks and unhealthy food environment, and asked the states to expand the outreach of health and nutrition services among slum-dwellers and migrant population. In a note to state and district authorities, the Women and Child Development Ministry said that

activities under Poshan Abhiyaan should be promoted in urban areas with an effort to expand the outreach of health and nutrition services among slum-dwellers and migrant population.

It has also set the responsibilities of the state, district and block level officials which include special focus on migrant population and people living in slum areas. It further said asked the states to take steps like strengthening convergence between departments, developing urban health mission and spreading the message Swachh Bharat Mission among others.

Reach out to labour-centric industries or private employers to establish contact with migrant populace and sensitise them on Poshan Abhiyaan. Identify urban unserved/uncovered pockets and reach out to these pockets with nutrition services via special drives, the ministry told the states.

It has also asked states and districts to promote urban primary health centres and organising anaemia camps in urban areas and slums.

The states and districts have been asked to organise all these initiatives during the ‘Poshan Maah‘ or nutrition month which is celebrated every September under the Poshan Abhiyaan. Poshan Abhiyan was launched by the Centre in 2018 to reduce low-birth weight, stunting and undernutrition, and anaemia among children, adolescent girls and women. During the Poshan Maah initiatives are taken to bring behavioural change towards issues related to maternal, infant and young child care and feeding practices. According to the National Family Health Survey-4 (NFHS-4), 38.4 per cent children under five years of age are stunted (low height-for-age) and 21 per cent wasted (low weight-for-height).

Also Read: The Crisis Of Malnutrition In India