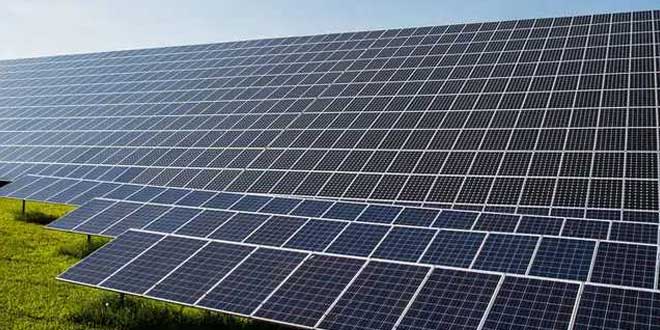 Through 'One Sun, One World and One Grid', clean energy can be transmitted anywhere and anytime, said PM Modi at COP 26

New Delhi: Speaking at a session on ‘accelerating clean technology innovation and deployment’ as part of the World Leaders’ Summit during the ongoing COP26 climate conference in Glasgow, Scotland, Prime Minister Narendra Modi said highlighted the importance of ‘Solar Energy’. He said that the use of fossil fuels made some countries prosperous, but made the earth and environment poor. He added that the race for fossil fuels also created geo-political tensions along with rising emissions and global warming.

Speaking at the session on ‘Accelerating Clean Technology Innovation and Deployment.’ https://t.co/4bvexwZswy

PM Modi stressed that ‘One Sun, One World, One Grid’, which is a trans-national electricity grid that aims to supply solar power globally, is a solution to the world’s energy problems. Laying out a plan through the ‘One Sun, One World and One Grid’ solution, the Prime Minister said,

Solar energy is clean and sustainable. The only challenge is that it is only available in the day and is dependent on weather conditions. One Sun, One World, One Grid is a solution to this problem. Through a worldwide grid, clean energy can be transmitted to anywhere and anytime.

PM Modi further said that ‘One Sun, One World, One Grid’ will not only reduce storage needs but also enhance viability of solar projects. He added,

This creative initiative will not only reduce carbon footprints and energy cost but also open a new avenue for cooperation between different countries and regions. I am hopeful that a common and strong global grid can be developed through cooperation between ‘One Sun, One World, One Grid’ and ‘Green Grid’ initiatives.

Mr Modi also announced that India’s space agency ISRO will give the world a solar calculator application which will map the solar power potential of every part of the world so that solar power projects can be planned accordingly. Through this calculator, Modi emphasised,

Solar power potential of any place in the world can be calculated based on satellite data. This application will be useful in deciding the location of solar projects and will strengthen ‘One Sun, One World, One Grid’ initiative.

COP26: What Is Climate Finance And Why Is It Important For Reducing Emissions