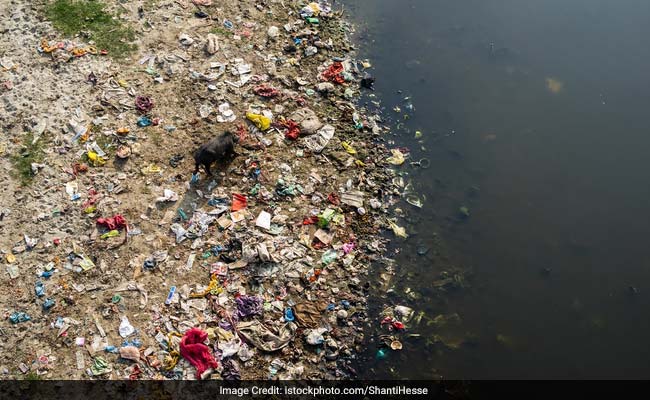 New Delhi: National Mission for Clean Ganga (NMCG) on Friday held a special session on ‘Rejuvenation of the River Ganga- from Planning to Action’ during the India Water Week 2019. Rajiv Ranjan Mishra, Director General of NMCG touched upon the socio-cultural, economic and ecological importance of the Ganga River Basin at the event. He also pointed out that the major challenges faced in the previous efforts to clean the river Ganga were lack of ownership, lesser support for the sustainability of infrastructure, and sub-optimal performance of the treatment infrastructure created. Mr. Mishra said,

Taking cognizance of these facts, the government of India has approved for the development of Sewage Treatment Plants (STPs) under the Nanami Gange programme through Hybrid Annuity based Public-Private Partnership(PPP) mode (HAM), with 100% central government funding for development and Operation and Maintenance for 15 years.

He further said, “Unlike DBOT/EPC mode, HAM offers various advantages such as assured and continued performance, distinct accountability and ownership for performance over the project period.”

Mr. Mishra also added that 40% of the Capital cost is paid during construction and balance 60% of the cost will be paid over a period of 15 years as annuities with interest on outstanding balance along with operation and maintenance expenses.

Stating that another successful intervention has been the’ One City One Operator concept’, he said,

He added, “Wetland conservation is an integral component of ‘Namami Gange’. As a part of the Jal Shakti Abhiyan, a special drive has been initiated by the NMCG-Wildlife Institute of India team with a key focus on cleaning and de-siltation of inlet and outlet of the wetlands for restoration of flushing mechanism, community involvement in wetland and water conservation, plantation on the banks, catchment area to restrict nutrient inflows, removal of solid waste in and around the wetlands.”

Meanwhile, Executive Director-Admin of NMCG Rajiv Kishore said that many new programmes are being taken up for promoting sustainable agriculture in the Ganga basin. Mr. Kishore said,

NMCG has signed an MoU with the Ministry of Agriculture and Farmer Welfare to popularize organic farming and to create awareness about the balanced use of chemicals, fertilizers, and pesticides, promote micro-irrigation for water conservation in the Ganga Basin.

He also added that another MoU (Memorandum of Understandinfg) has been signed with the Ministry of AYUSH with the objective of promoting growing and conservation of medicinal plants in the Ganga catchment area.

G Asok Kumar, Executive Director of NMCG said, “Under the One City One Operator plan, all STPs of a city have been assigned to a single operator, to increase accountability for the water output into the river from the particular city.”

“To ensure reuse of water for the sustainability of assets and resources, NMCG has tied up with Indian Oil Corporation, which is using our treated water in the operation of its plants,” he added.