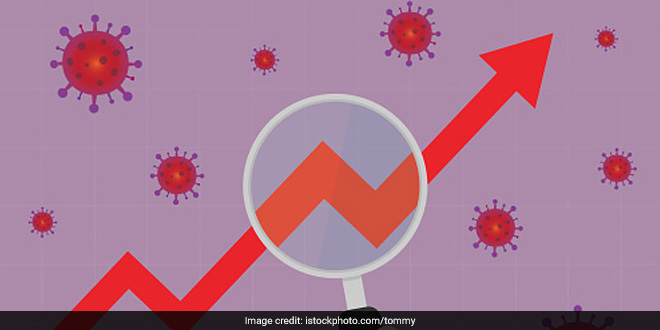 Mandira Agrawal, Professor, IIT Kanpur says that it is highly unlikely that India would face another wave of infection in the near future

New Delhi: COVID-19 cases are suddenly on an uptick once again. Delhi and NCR region has seen quite a significant spike in the last few days. With the debates and discussions regarding the relaxations in COVID protocols, the question arises, has India lowered its guard against the virus?

Dr Shahid Jameel, Senior Virologist and Fellow, Oxford University, tells NDTV that despite the uptick in the new cases, the situation is not something unexpected. He explained,

This was something expected, especially with the schools opening up. Children are the least vaccinated group in the country at present. So it is expected that the cases would go up but we need to remember that children also have the least serious disease. So the one thing that we have learned going forward is that, yes cases cause a bit of worry, but it’s really serious cases, hospitalisation rates that we should actually be worried about. Because time and again we have seen that people who are vaccinated do get infected and those who have been infected before also get reinfected. I’m not surprised this is happening.

NDTV asked Dr Suneela Garg, Lancet COVID Taskforce, Advisor ICMR, if the new cases are being caused by Omicron or a new variant like XE.

Dr Garg assured that the infections are not being caused by a new variant and that it is Omicron that is responsible for new cases. She said,

This is not a new variant, it is Omicron. The ripples can’t be called a wave. We have to understand that as we give up on the COVID protocols, this may happen. When vaccines were not available, masks were a very important social vaccine. This is where when we look at the increasing number of cases, this could be due to lack of smart surveillance and testing because we shouldn’t give up on this strategy along with COVID appropriate behaviour.

Another important thing that Dr Garg pointed out is that we have to consider the threat faced by the elderly population and the immunocompromised due to this virus and hence, not give up the covid appropriate behaviour. She also highlights the need to have a strategy in place to manage infections arising in schools. She said,

We need to have a smart surveillance strategy along with a school strategy. We can’t keep on shutting down the schools and then opening them back up. We are among the only five countries in the world that shut schools during the pandemic. It is very important to get this message loud and clear that parents, and teachers shouldn’t panic.

Dr Hemant P Thacker, Member, COVID Taskforce tells NDTV how important masks is at a stage where we are all returning to the normal way of life. He explains,

Remember a mask is not only going to protect you against COVID but it will protect you against so many other respiratory and pollution diseases. Except for the fact that you might remove your mask when there is a very very large distance possible indoors, I still think we must have a mandate for masks in crowded areas, malls, railways stations, and trains. When it comes to fining people, I think in India, unless there is a strict approach, it is difficult to mandate rules. We need to do a little bit of arm twisting to ensure that the COVID numbers remain low. We need to understand that we have to live with COVID, like influenza we can have small ripples, and that ripple could become a wave in the form of numbers. It may not be a wave in the form of the disease but you can have high numbers.

Dr Thacker insists that we all ‘let common sense rule and continue following COVID protocols for at least 3-4 more months.’

Meanwhile, Professor Mandira Agrawal, Professor, IIT Kanpur says that it is highly unlikely that India would face another wave of infection in the near future. He explains,

Based on the data that we have analysed and continue to analyse, I don’t see any other wave in the near future. Unless there is a new mutant, which I’ve been informed that there doesn’t seem to be one. Against the existing variants, we already have a significant amount of immunity among people. So I don’t see how we can see that go and see a major wave in upcoming days, it seems very unlikely, he signed out.

COVID-19: Possibility Of New Variants Of Omicron In Delhi