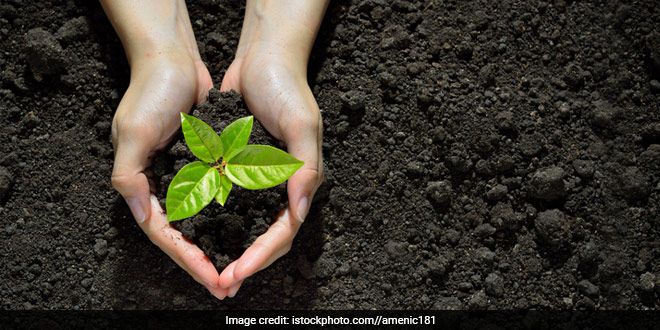 New Delhi: From planting saplings to offering free Tulsi seed cards, political leaders in the national capital did their bit to inspire people to work towards ensuring a cleaner and greener city on the 46th World Environment Day (June 5). Congress’s Delhi unit president Sheila Dikshit planted a sapling at her Nizamuddin East residence on the occasion and urged everyone to plant at least one sapling each, to increase the tree cover here. She said the Congress’s city unit will start an extensive tree plantation drive in the national capital on party president Rahul Gandhi’s birthday on June 19.

“Massive ongoing project to install solar panels across Delhi at zero cost is a highly cherished move by Delhi government to feel the real summer spirit. #WorldEnvironmentDay,” it tweeted.

Massive on going project to install solar panels across Delhi at zero cost is a highly cherished move by Delhi government to feel the real summer spirit. #WorldEnvironmentDay pic.twitter.com/UGno3H1i2V

The AAP government had last year approved the ‘Mukhyamantri Solar Power Scheme’, which increased the period of subsidy on electricity bill from the current three years to five years.

The Delhi Traffic Police also did its bit by organising awareness campaigns to sensitise people towards protecting the environment and reducing pollution, officials said. The Delhi Traffic Police personnel and traffic sentinels stood holding placards with messages to curb noise and air pollution at 18 busy intersections in the city, they said. The department also took the initiative of planting saplings on the occasion, they added.