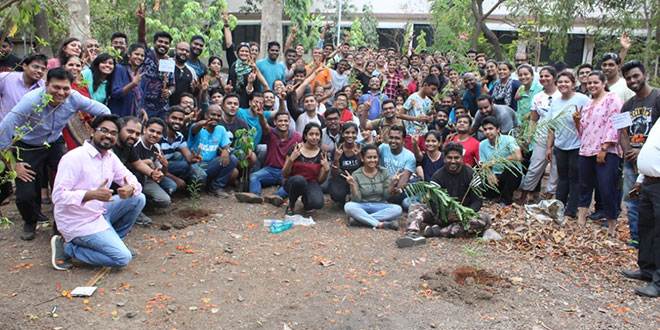 New Delhi: On June 5 at 6:30 in the morning over 600 volunteers from Mumbai and Odisha, belonging to different walks of life, walked out of their houses to do their bit for the environment. On the occasion of the 46th World Environment Day, these swachh warriors took up the challenge of cleaning up beaches, lakes of the financial capital of India – Mumbai, and planting thousands of trees in Mumbai’s suburb, Thane and in Odisha’s Utkal University.

To celebrate the World Environment Day, we planned three things – beach clean-up, lake clean-up and tree plantation. We clean-up seven beaches on a regular basis but for today, we targeted to clean only two beaches that are Dadar and Bandra. 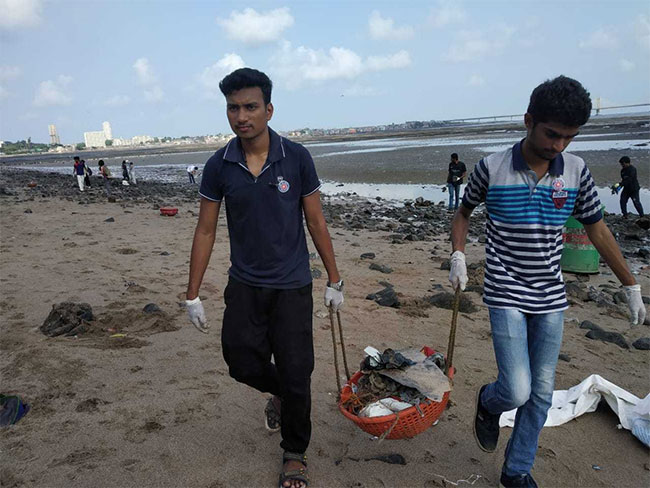 On the occasion of the World Environment day, beach clean-up was organised at Dadar and Bandra beach

Meanwhile at 9:30, 250 volunteers gathered at a Kasavarvadavli lake in Thane and in just one and a half hours, the swachh crusaders collected 3.5 tonnes of waste.

Its the time to Save Lakes !

In collaboration with Thane United & @vihangsarnaik bhai, #BeachWarriors starts their new journey of saving the Lakes in Thane.

With an aim to save our beautiful lakes, today we embarked on this new journey with United Thane, a non-governmental organisation (NGO), says Chinu.

While beach warriors were busy restoring the natural beauty of beaches and lakes, 300 environment crusaders were on a mission to colour Odisha and the Mental Hospital in Thane West in Maharashtra, green by planting fruit bearing saplings. While from 6:30am – 9am, volunteers planted 1,610 saplings in Thane West, over 1,000 saplings were planted in cyclone hit Odisha between 8am – 10am. 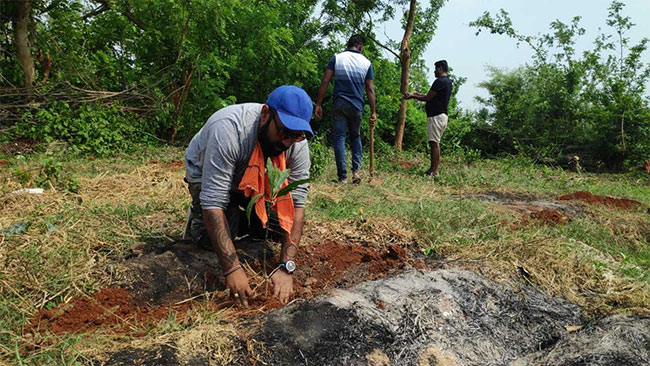 The tree plantation was done successfully with the help of volunteers from Ananta, an NGO, working in different sectors. Having done this, the swachh warriors plan to plant 8000 more trees in the coming monsoon.

Giving out his message to people on the World Environment Day, Chinu says,

World Environment Day: People Come Together To Phase Out The Use Of Plastic From The Hill Station Dhanaulti