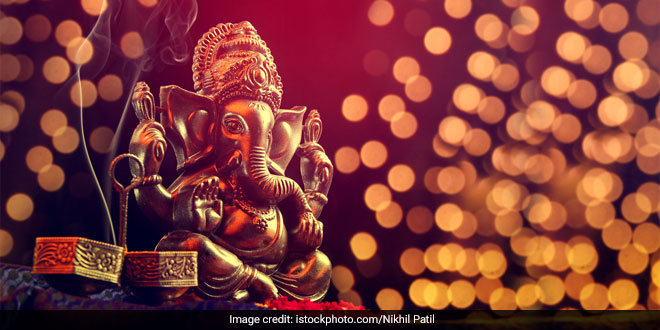 Mumbai: Immersion of Ganapati idols on the last day of Ganesh Chaturthi, also known as Vinayaka Chaturthi or Ganesh Chauth, is considered auspicious as according to mythology, the elephant-headed God comes to earth to take away people’s worries. The immersion of idol symbolises dissolving of problems and sorrows of the devotees in heavenly water bodies. Giving an eco-friendly touch to the sentiment of prosperity, Shree Kasba Ganapati Mandal in Pune has initiated an electronic waste collection drive to fight against the growing pollution due to e-waste.

The Mandal, which is located in the heart of Pune, has tied up with Maharashtra Pollution Control Board (MPCB) Retired Officers and Employees Welfare Association, a 2-year-old NGO which is run by retired workers of the MPCB.

Being one of the most ancient temples in Maharashtra, each year the Mandal tries to set an example by batting for a social cause.

Talking to NDTV about the noble initiative, Rugved Nirgudkar, advocate and trustee, Kasba Ganpati Mandal says, “From dissuading people to use Gulal (red powder) as it is hazardous to health to raising funds for children’s education we try to implement the three principles of the festival, wisdom, prosperity and good fortune. This year, we decided to spread awareness about the damage electronic waste is doing to our environment.”

The collection drive will be carried out from September 13 to 22. Any devotee visiting the pandal can deposit electronic gadgets like television remote controls, mobile phones, broken laptops and computers, wires of the gadgets and so on. On the final day of the grand festival, the items will be transported to government authorised electronic waste recycling companies.

Volunteers at the pandal will inform and educate people about how is e-waste is posing to be a huge problem for future generations and why it is necessary to handle the waste scientifically.

“Along with giving prasad, our volunteers will also give information about the electronic waste like stark facts, type of e-waste, how to handle them, harmful effects of dumping them on the landfill and so on. I appeal to every citizen of Pune to carry whatever e-waste they have in their home and submit it at our pandal,” signs off Mr Nirgudkar.

This Ganesh Chaturthi, Bring Home An Eco-Friendly Plantable Ganesh Idol That Grows At Your Place