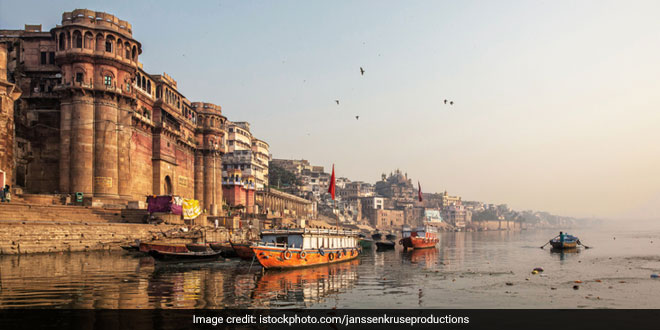 Haridwar: Prayers and devotion to Ganga imply that the quest to clean and rejuvenate the holiest river in the country, The Ganges, is akin to worshipping the pious river. Since the launch of Namami Gange programme in mid-2015, several initiatives have been taken for effective abatement of pollution, conservation, and rejuvenation of Ganga. It includes building new ghats, setting up of sewerage treatment infrastructure, river surface cleaning, afforestation and much more.

The government has sanctioned sufficient budget for implementation of these projects, but to facilitate wider public participation, Clean Ganga Fund was established for Public Sector Undertakings, NRIs and other individuals to make their contribution. Rajiv Ranjan Mishra, Director General of National Mission for Clean Ganga said in an interview,

Many people want to do something and contribute for Ganga like we keep on getting request. So, this actually enables them to contribute in some way. Small amount, big amount – depends on their interest. So, people can contribute money. Last year was very good because as the projects are also getting completed – Namami Gange projects.

He added, “Normally, we have 500 to 600 donors that has increased more than 10 times last year. We have more than Rs 360 crore in the fund now. We have also taken up projects out of the Clean Ganga Fund. So, afforestation projects, construction of some ghats have been taken out of it. So, more than Rs 200 crore worth projects we have sanctioned last year out of Clean Ganga Fund”.

The Clean Ganga Fund, administered by a Trust chaired by the Finance Minister and the Director General of NMCG as its CEO, has accumulated a total wealth of over Rs 360 crore rupees in donations over the course of four years.

However, from a humble beginning of Rs 52.49 crores in the FY 2014-15, the CGF saw a donation of more than 111 crore rupees in 2018 and this has been possible as the CGF has been able to engage with a variety of public and private sector entities, individuals and the general public at large across the country.

Not only the donations from PSUs and Private sector undertakings have been on the rise, but more and more individuals too have joined the cause.
To exemplify, from merely 580 individuals donating in 2014-15, the number increased to 5,218 in 2018-19. The money collected via the Clean Ganga Fund is spent on various projects.

Projects worth Rs 203.14 crores have been sanctioned in the last four years, including afforestation interventions in five Ganga basin states, treatment of nalas (or drains) though in-situ bioremediation process and redevelopment of ghats and crematoria among others.

Rozy Agarwal, Executive Director (Finance) at National Mission for Clean Ganga who recently took stock of various projects carried under Clean Ganga Fund in Haridwar said, “We have sanctioned three major projects under Clean Ganga Fund corpus – one is afforestation activities on the banks of Ganga. Second is in-situ bioremediation of nalas (drains) till the time they are tapped and taken into STPs. And third, as you are seeing here is the development, renovation or ghats and crematoria. This particular crematoria at Kankhal is very important because, I would say, it is considered auspicious and people from various parts of Haridwar and Uttarakhand, they come for cremation here”.

It is indeed the responsibility of a nation to cleanse the world’s most populous river basin, the Ganga basin, on which millions of people depend directly or indirectly for water.

National Mission for Clean Ganga has ensured easy methods for everyone to contribute to the cause.

People can make a donation of any amount as per their convenience using SBI ATMs, SBI BHIM App, QR Code, Cheque or DD as well as through online modes.

And those who cannot contribute financially can step up and offer a helping hand in other initiatives by NMCG.

For instance, NMCG regularly cleans up ghats of Ganga and its tributaries in various cities and wider public participa tion there too will help significantly in keeping the river clean.