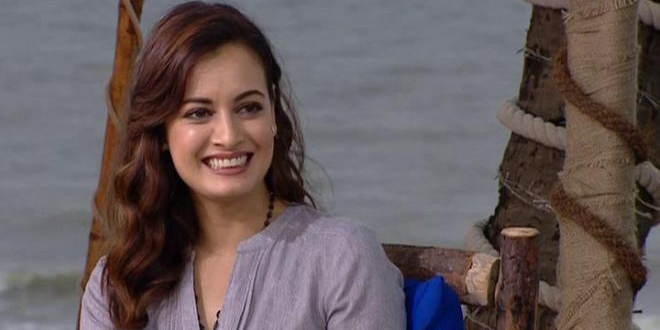 New Delhi: New day, new challenge! The internet has been sucked into yet another viral trend – the bottle cap challenge, which has generated an incessant buzz on social media. As part of the challenge, a bottle is placed on a table with its cap loosely placed on and the person taking up the challenge has to untwist the cap with a roundhouse kick. While celebrities like Akshay Kumar, Sushmita Sen and Tiger Shroff among others took up the challenge in India, There’s one celebrity who finds it ‘sickening’.

The United Nations Environment Goodwill Ambassador, Dia Mirza took to twitter to express her disappointment towards celebrities using plastic bottles for the challenge. She tweeted,

So the #BottleCapChallenge that is trending sickens me for one reason. Most being done with those darn plastic bottles. How will we ever wake up to the reality that we need to discontinue the use of single use plastics? Less than 1% plastic bottles are recycled globally.

So the #BottleCapChallenge that is trending sickens me for one reason. Most being done with those darn plastic bottles. How will we ever wake up to the reality that we need to discontinue the use of single use plastics? Less than 1% plastic bottles are recycled globally.

As soon as the tweet was sent out, Twitteratti joined in to support Ms. Mirza’s stance, highlighting what a big issue single-use plastic is, globally.

You are right Dia, Most people these days are playing the Bottle Cap Challenge. They are using mostly the plastic bottles. The people have to discontinue using them further

how abt stopping the production of such plastic bottles?

The government must stop production of single use plastics totally as well. As long as it's production is in full flow and plastics are readily available in the market, you can't blame the public for using it. Alternate materials also to be made available in adequate quantity…

Is anybody doing the #BottleCapChallenge where we throw every used mineral water bottle and the cap into the dustbin after use? 'Coz that's the only one that matters.

Also, try not to buy plastic bottles and carry your own please. Helps the planet a great deal.

May people round the world have highlighted the same point.

I hope all these plastic bottles used on the #BottleCapChallenge are being recycled, tweeted another user.

How about instead of kicking the cap off a plastic bottle for the #BottleCapChallenge, people decide not to buy a plastic bottle in the first place. Then the challenge become doing a small bit towards caring for the planet and future generations. #myplasticfeedback

The Bottle Cap Challenge reportedly was started by Taekwondo instructor and fighter Farabi Davletchin on June 25. But it went viral after mixed martial-artist Max Holloway and Musician John Mayer tried it out.

Translates: Our Bajrangi Bhaijaan does not drink water from a plastic bottle.

While the video was shared on a fun note, Mr. Khan conveyed an important message to his 37 million followers – it’s time we stop using single-use plastic bottles.

With Its Intensive Anti-Plastic Drive, Mount Abu Gears Up To Become Plastic Free On This Independence Day

Ganga Ghats In Kanpur, Bithoor Get A Makeover Under The Namami Gange Program