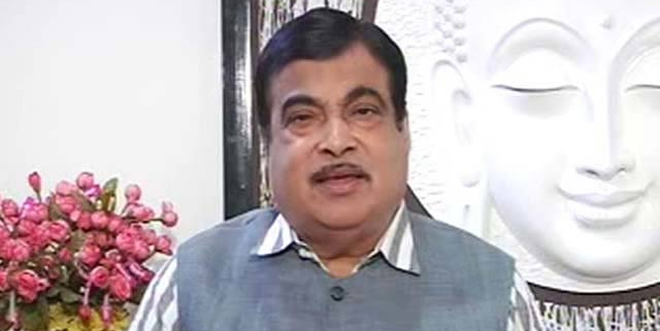 New Delhi: Tackling pollution in Ganga is going on in full swing, assured the Union Water Resources, River Development and Ganga Rejuvenation Minister Nitin Gadkari while speaking to NDTV during the Season 5 launch of the Banega Swachh India campaign on May 11. Seeking to change the general perception that “nothing significant” is being done on the Centre’s much publicised Rs. 20,000 crore Namami Gange programme, Mr Gadkari assured that cleaning Ganga is a difficult task but the government is fully committed towards cleaning the 2,525-km-long river and about 70-80 percent of the river will be clean by March 2019. About 1,662 gram panchayats and 4,465 villages in five Ganga basin states of Uttarakhand, Uttar Pradesh, Bihar, Jharkhand and West Bengal have become open defecation free (ODF). Now, the government is making efforts to convert the Ganga villages into ODF Plus by managing solid and liquid waste there, by planting trees which will ensure cleanliness and increase Ganga’s catchment area.

Reel Life PadMan, Akshay Kumar Starts A New Campaign For Menstrual Hygiene, Urges People To Bridge The Gap From #18to82