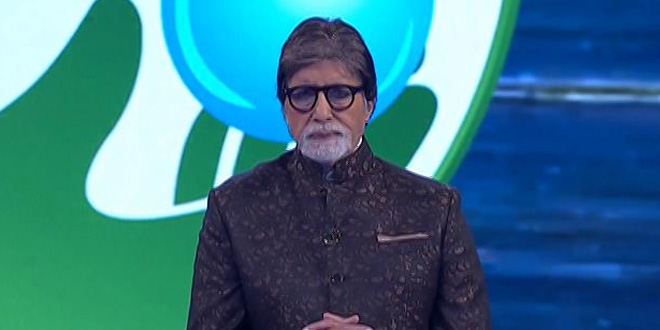 NDTV – Dettol have been working towards a clean and healthy India since 2014. Campaign Ambassador Amitabh Bachchan has helmed the campaign as an ambassador since the beginning.

New Delhi: “With the goal to ensure a holistic healthy life for all Indians, we begin the ninth season of NDTV-Dettol Banega Swasth India campaign,” said Campaign Ambassador Amitabh Bachchan as he kickstarted the Lakshya Sampooran Swasthya Ka 12-hour telethon. Through this campaign, NDTV – Dettol have been working towards a clean and healthy India since 2014. Campaign Ambassador Amitabh Bachchan has helmed the campaign as an ambassador since the beginning. Saluting India’s health heroes and their selfless commitment as he begins the 12-hour Lakshya, Sampoorn Swasthya Ka telethon, Amitabh Bachchan said, “You have just seen and heard from India’s health heroes. The people who help us in our greatest time of need – when we get sick . These are the people who save lives on a daily basis. Imagine if they weren’t here. They are our literal life lines. We salute them for their service in India’s journey to achieve good health and fulfilled lives for all Indians.”

Further talking about the campaign and the focus in the ninth year, which is on creating a holistic and a healthier India for each and everyone, Mr Bachchan said,

This year as we celebrate 75 years of freedom, during Azadi Ka Amrit Mahotsav, join us for Lakshya Sampooran Swasthya Ka, our goal is to ensure a holistic healthy life for all Indians. Can we do it? Yes, if we all come together, we can achieve this goal. And that is what Banega Swasth India Season 9 will focus on.

Further elaborating the work done by the campaign in the last eight years, Mr Bachchan said,

For the last eight years we have brought you ideas, information and expert advice on how we as a nation can achieve holistic healthy lives. We began with Banega Swachh India with the agenda of making India clean, prioritising hygiene for all. Much before the COVID-19 pandemic, we raised awareness about proper hand washing techniques across India.

Highlighting the statistics and achievements of the campaign, Mr Bachchan said,

In Season 1 of the campaign, we raised 280 crores for building toilets. Nothing can be achieved without education. So, in season 2, we had ‘Swachhata Ki Paathshala’ and we created hygiene curriculum to encourage children to follow proper hygiene from a young age. This season, also saw, 1.16 crore hours being pledged by people across India to help clean their surroundings.

Talking about the focus areas and agenda of other seasons, he added,

In season 3, we launched #Mere10Guz with the idea that each individual should be responsible for keeping their immediate surroundings clean.

In season 4, we retained all our agenda from previous seasons at the core, in addition to focusing on clean, compost and waste segregation drives at individual and policy levels. In season 5, we moved our focus to air pollution and encouraged individuals and authorities to make it a top priority. The campaign also created a clean air agenda with the help of doctors and experts.”

Talking about the switch from Swachh to Swasth, Mr Bachchan said,

Keeping in mind the Mahatma’s dream of a clean, hygienic and healthy India, in 2019, we made the natural transition from Swachh to Swasth. The focus in that season was on healthy mothers, healthy children, and nutrition for all. The campaign also curated and distributed a medically approved ‘Swasth Kit’ for mothers & infants during the critical 1,000 days.

Season 7 saw the launch of the Swasthya Mantra. The campaign identified the three pillars of a healthy nation – health, sanitation & hygiene, and environment. Whereas, last year, the campaign highlighted the inter-dependency of humans and the environment, and of humans on one another with the focus on One Health, One Planet, One Future – Leaving No One Behind.

Mr Bachchan had a message for all,

The push for us to get better and do more, over the years has come from all of you. Our viewers and the community, the participation that we have got over the years, have inspired us and given us the momentum to continue our mission.