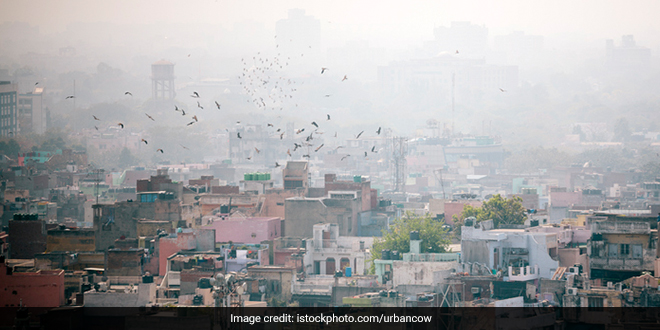 The researchers looked at average PM2.5, NO2, and ozone (O3) levels during the one-month and one-year periods before each patient received a COVID-19 diagnosis

Los Angeles: Exposure to air pollutants, in particular fine particles (PM2.5) and nitrogen dioxide (NO2), increased the risk of hospitalisation in COVID-19 patients by up to 30 per cent, even for the fully vaccinated, according to a study. A team, including researchers from University of Southern California (USC), US, analysed medical records from patients at Kaiser Permanente Southern California’s (KPSC) Department of Research & Evaluation.

Across the health care network, 50,010 patients, aged 12 and above, were diagnosed with COVID-19 in July or August of 2021, when the Delta variant of SARS-CoV-2 was circulating and many people had been vaccinated.

These findings are important because they show that, while COVID-19 vaccines are successful at reducing the risk of hospitalisation, people who are vaccinated and exposed to polluted air are still at increased risk for worse outcomes than vaccinated people not exposed to air pollution, said Anny Xiang, study author and a senior research scientist at KPSC.

The study, published in the American Journal of Respiratory and Critical Care Medicine, estimated air pollution exposure levels for each participant based on their residential addresses.

The researchers looked at average PM2.5, NO2, and ozone (O3) levels during the one-month and one-year periods before each patient received a COVID-19 diagnosis.

We investigated both long-term and short-term air pollution exposure, which may influence COVID-19 severity through different mechanisms, said Zhanghua Chen, assistant professor at USC, and co-first author of the study.

Over the long term, pollution is linked to increase in cardiovascular and lung diseases, which are in turn associated with more severe COVID-19 symptoms, the researchers said.

In the short term, air pollution exposure may worsen inflammation in the lungs and could even alter the immune response to the virus, they said.

Ozone was not significantly associated with COVID-19 hospitalisations, they said. For those who were partially or fully vaccinated, the hospitalisation risks related to air pollution exposure were slightly lower — but the difference was not statistically significant.

“Goal Is To Ensure Healthy Life For All”: Amitabh Bachchan Sets The #BanegaSwasthIndia Telethon Agenda