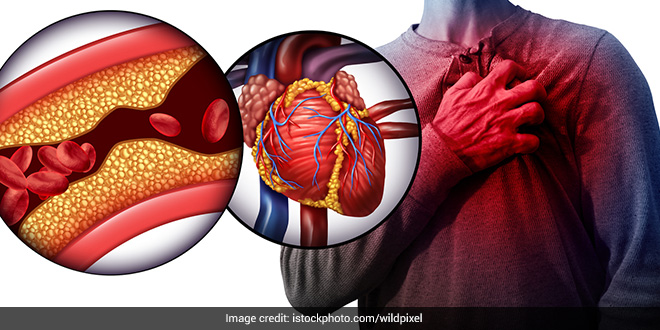 All countries in the region have adopted the WHO HEARTS package, a step-by-step approach for countries to improve cardiovascular health in primary health care

New Delhi: Most cardiovascular diseases can be prevented and a whole-of government approach is needed to address risk factors such as tobacco use, unhealthy diet and physical inactivity, the World Health Organisation on Thursday said. Cardiovascular disease is a leading cause of death in the South-East Asia Region with 3.6 million lives lost every year, it said. Preventing cardiovascular diseases “requires whole-of government and whole-of society approaches to address the range of risk factors such as tobacco use, unhealthy diet, physical inactivity, and harmful use of alcohol,” Dr Poonam Khetrapal Singh, Regional Director, WHO South-East Asia Region said at a webinar ‘SEA HEARTS’.

All countries in the region have adopted the WHO HEARTS package, a step-by-step approach for countries to improve cardiovascular health in primary health care.

We must mobilise and strengthen political will and accountability, with a focus on achieving full implementation of the WHO HEARTS technical package, Dr Khetrapal Singh said.

Also Read: How Healthy Are India’s Women: A Quick Lowdown

“Use heart for every heart” is the theme of this years ‘World Heart Day’ held every year to highlight actions to prevent and control cardiovascular disease.

Use heart means to think differently.To make the right decisions. To act with courage.To help others. ‘For every heart’ means ensuring that we reach as many individuals as possible to help achieve cardiovascular health for every heart, the Regional Director said.

As part of a united effort to promote cardiovascular health, representatives from member countries, partners, academic institutions and civil society organisations participated in the webinar which discussed ways to accelerate action against CVDs.

Also Read: The Primary Unit Of Healthcare In India Is The Backbone Of Rural Healthcare

“Goal Is To Ensure Healthy Life For All”: Amitabh Bachchan Sets The #BanegaSwasthIndia Telethon Agenda