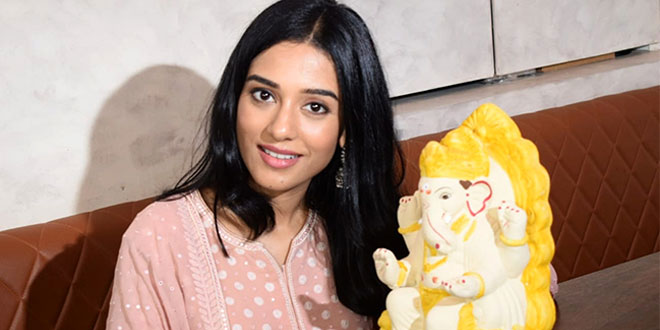 New Delhi: Every year, in the month of August or September, Ganesh Chaturthi is celebrated to mark the birth of Lord Ganesha. With great fervour and pomp, the festival is celebrated in many parts of the country by installing Ganesha idols in homes or at publicly organised pandals and community centres for a few days which is followed by the send-off with a procession charged with chants, music and dance in praises of Lord Ganesha before the immersion of the Ganesha idols in water bodies also known as ‘Visarjan’. The ‘visarjan’ is an important ritual during Ganesha Chaturthi as it symbolises that everything is temporary in the mortal world and whatever comes here, goes back to nature. However, ‘visarjan’ leaves behind lasting aftereffects of the immersion of idols because of the wide use of Plaster of Paris (PoP) in making of those idols. In a bid to make people aware of the adverse impact of PoP on waterbodies and marine life and to motivate them to adopt eco-friendly idols, Bollywood actress Amrita Rao and environmental activist Chinu Kwatra have come together with campaigns ‘Eco Bappa Morya’ and ‘Go Green Ganesha Challenge’. Ms. Rao said,

It is the responsibility of each one of us to celebrate festivals keeping environmental degradation in mind. When we pray to Gods and showcase our love for them, why can’t we take that love beyond idols and start loving nature, the environment created by them?

How Harmful Are PoP Idols To The Environment?

While talking about the harmful impacts of PoP idols, Ms. Rao told NDTV that Ganesha idols which are made up from POP, plastic, and cement contain calcium sulfate hemihydrate, a substance which can take several years to fully dissolve. During her research on the matter, Ms. Rao interviewed an Oceanographer who highlighted that PoP reduces oxygen levels in the water which destroys the marine eco-system and contaminates the water.

She further said that since these idols are painted with toxic colors and a large amount of plastic and thermocol is used for decorations, there is even greater environmental degradation involved. According to the experts, once the immersion takes place, the idols along with other toxic things live on for decades in water and travel from one water body to another, leaving an indelible impact on the ecosystem.

Talking about the campaign initiated by her, Ms. Rao said,

The campaign Eco Bappa Morya is a pre-awareness campaign to promote eco-friendly ‘visarjan’ and eco-friendly idols during the upcoming Ganesh Chaturthi festivals. It is really important for all of us to come together and work for the cause of sustainability. Since my childhood, I have been sensitive towards the fact that ritual of immersing PoP idols in water is harming our environment. I, as a true Mumbaikar, request others to follow what Lokmanya Tilak ji did. He promoted idols made from the mud from one’s own garden/place called ‘Shado Matti’.

She further asserted that the campaign focuses on motivating children and the youth to bring about a change. She has collaborated with environmental activist and beach warrior Chinu Kwatra who has undertaken numerous beach clean-ups, to promote this campaign.

While talking to NDTV Chinu said that ‘Eco Bappa Morya’ is a very important campaign for the love of God and for the health of the environment. He said,

In September 2017 when I, along with my team ‘Beach Warriors’ started the Dadar beach clean-up, we found numerous pieces of the broken idols of our beloved deity. I was heartbroken because I could see how much damage was caused by PoP to the ocean.

To make people aware about the alternative, more eco-friendly material, that can be used to make the idols, Chinu has started a ‘Go Green Ganesha Challenge’. Talking about this challenge Chinu said,

Through this initiative, we are asking people to go eco-friendly and not harm our rivers and lakes in the name of festival. People can register online for free-of-cost. They have to follow three rules to win the challenge. First, they have to get an eco-friendly Ganesha idol. Second, in case they have to use PoP idols then they have to ensure that immersion takes place in an artificial pond. Third, the decoration needs to be sans plastic and thermocol. Members of my team will go to each house/ pandal that has registered itself as a participant for evaluating their eco-friendly celebrations. Winners will be awarded a rich gift basket of eco-friendly products.

While PoP Dominates Idol Making, Here Are Some Eco-Friendly Alternatives Suggested By The Green Activists 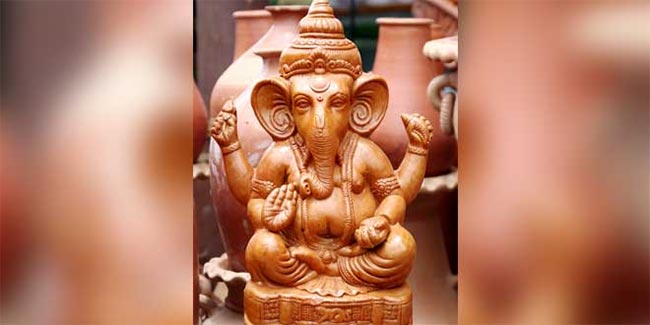 Ms. Rao urges people to bring back the tradition of sculpting Ganesha idols from the mud. Mud Ganesha, when immersed into the ponds, will not pollute it as it is 100 per cent biodegradable and dissolves completely when immersed. 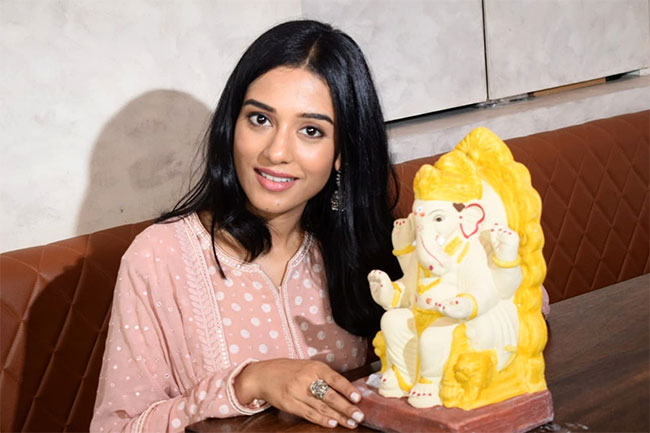 Natural Ganpati idols can be made easily using kitchen ingredients. The idols made by the company are eco-friendly alternatives to the traditional Plaster of Paris idols, turmeric and rice. Natural/edible colors can be used to decorate these idols. These idols can dissolve completely in water and can even act as food to for some aquatic beings. 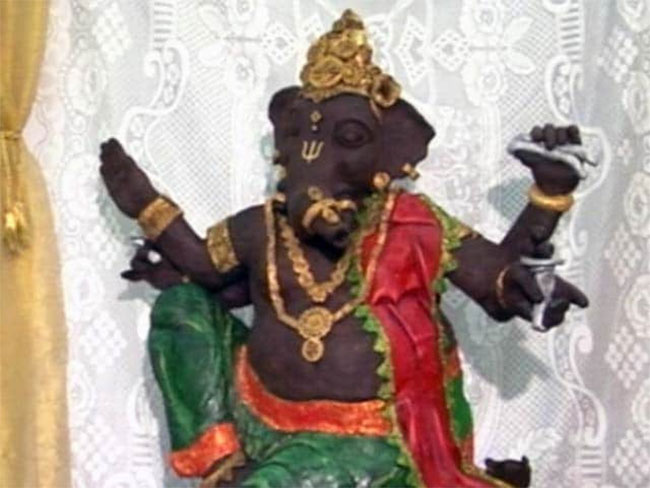 According to Chinu Kwatra, idols made from chocolate are gaining popularity in Mumbai

A Ganesha idol can be carved out of chocolate which can be immersed into a big bowl of warm milk. The delicious mixture can be distributed among people as a ‘Prasad’ (holy offering). 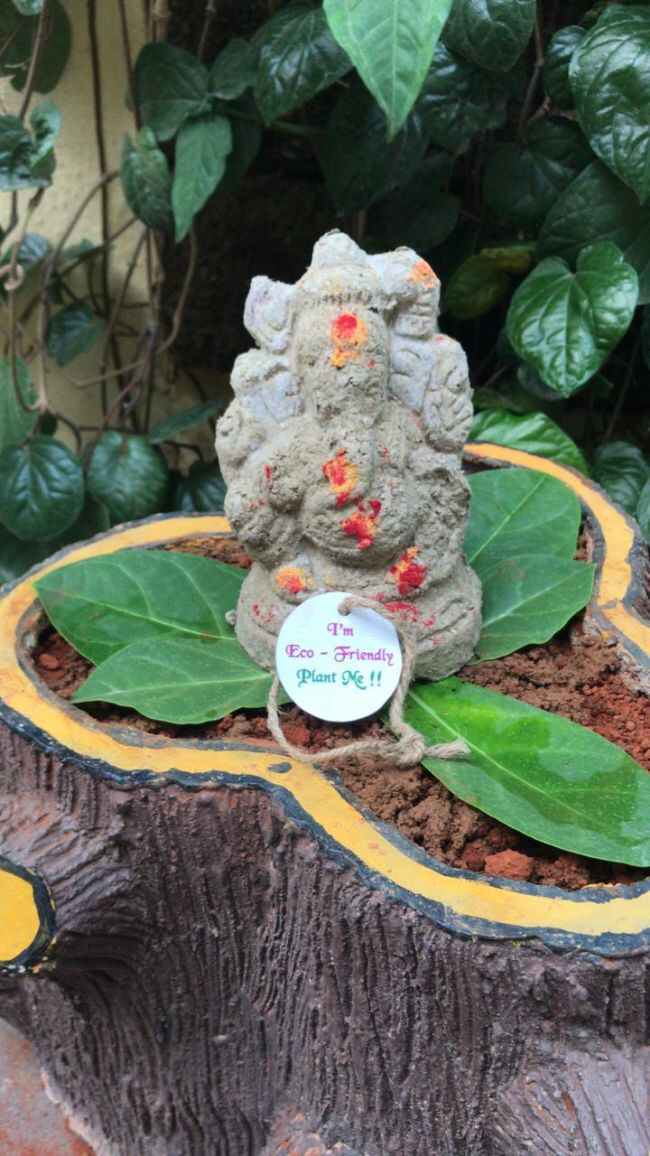 The Beach Warriors suggested that Ganesha idols can be made out of seed bombs which can be placed inside a dugged up hole in the ground and can be watered daily to make it grow into a tree. 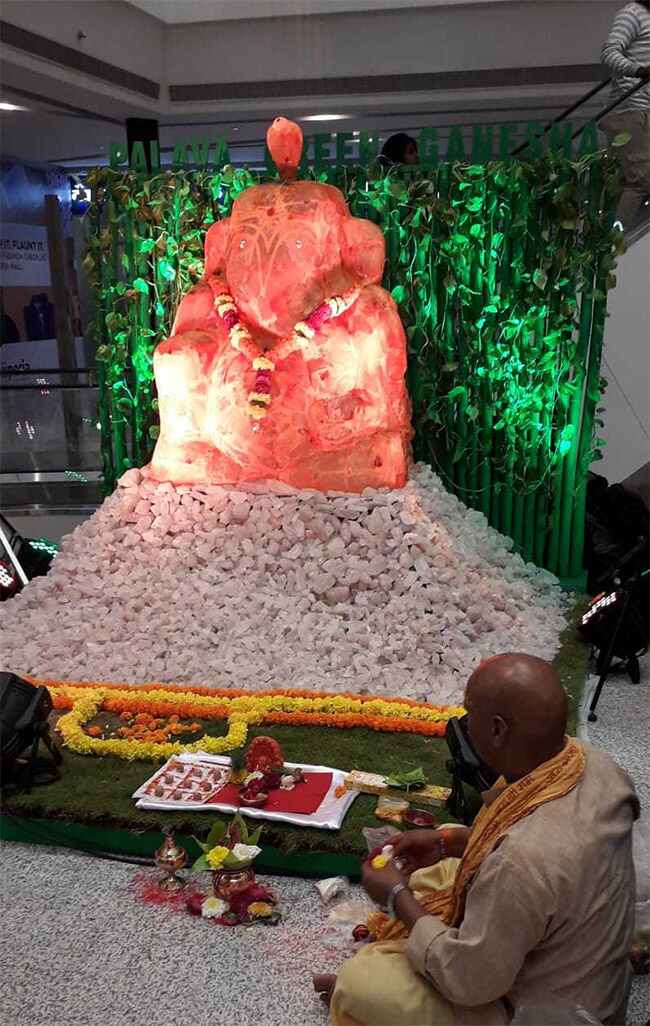 Alum, a mineral known for its water purifying properties can be used to make Ganesha idols to save our water-bodies from being polluted by PoP

This is another innovative idea to reduce water pollution. Since alum, which is also know as ‘fitkari’ in Hindi, has water cleaning properties, this idol is in fact good for the water bodies.

While signing off, Ms. Rao said,

Let us not measure the size of our love and devotion for God with the size of the idol. Let the size be small but make sure the idol is eco-friendly.