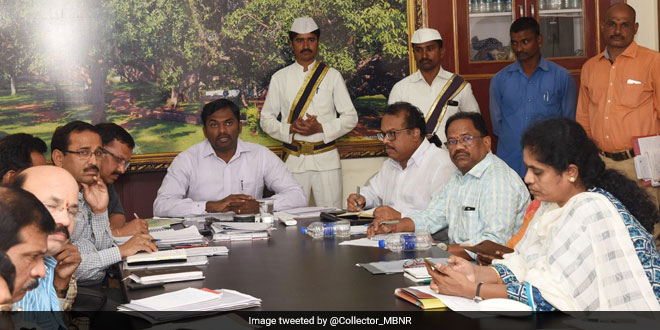 New Delhi: A statewide tree plantation programme, was launched in 2015 to increase Telangana’s green cover from 24 per cent to 33 per cent. The state government’s flagship tree plantation programme, Telanganaku Haritha Haaram will soon enter its fourth phase, as announced by Telangana Chief Secretary S.K. Joshi. Chief Minister K. Chandrashekhar Rao gave the go-ahead for the programme’s fourth phase to commence and will be launched by the Chief Minister from Bhupalpalle district. Under the Haritha Haaram programme, the state aims to plant 230 crore saplings.

Till now, 81 crore saplings have been planted by the state. In a meeting conducted with district collectors on July 10, Mr Joshi asked the officials to prepare a thorough plan for the commencement of Haritha Haaram’s fourth phase and said that all district collectors must make the tree plantation drive a success by venturing more into remote villages and localities, and involving locals during the plantation drives.

Officials must ensure that the plantation drive’s fourth phase is as successful as the previous ones. Involvement of people from villages and districts is a must. Involve local leaders who can reach out to people and explain them the importance of planting trees and how such actions will be beneficial for them in the future, said Mr Joshi.

Students will be the special focus during the fourth phase of the Haritha Haaram programme. District and village schools have been asked to participate in larger numbers, so that students can partake in tree plantation activities. The fourth phase will also see the expansion of the government’s nursery programme, the aim of it being setting up of nurseries in every village and municipality. During the press conference, the Chief Secretary also said that Centre’s funds for toilet construction in rural Telangana were ready for release.

“The funds for Swachh Bharat Abhiyan for toilets in rural Telangana will be released soon. We have constructed over 25 lakh toilets in the state and the sanitation coverage has touched 86 per cent. I request all people to make their villages open defecation free by October 2 this year,” said Mr Joshi.

In the fourth phase of the tree plantation programme, the government is looking to go beyond traditional tree plantation and make the programme more inclusive. Districts have been asked to encourage activities like essay writing and elocution among students so that they understand the importance of green cover, and grow up become environmentally responsible citizens.

With a budget of Rs 5,500 crore, Haritha Haaram has been one of Telangana’s most discussed state initiatives. The programme not only aims to plant 230 crore saplings, but will also monitor their growth regularly and ensure they are well protected and watered. The state government is hopeful that on conclusion of the fourth phase of the programme, at least 100 crore saplings would have been planted across the state.