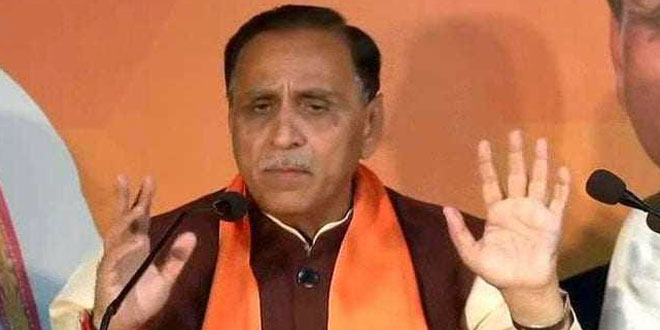 The ‘Swachhata Hi Seva’ movement aims at generating greater public participation towards cleanliness. It is being organised in the run-up to the fourth anniversary of the Swachh Bharat Mission, on October 2, 2018, which will also mark the commencement of the 150th birth anniversary celebrations of Mahatma Gandhi.

CM Rupani also inspected an under-construction hospital and research centre coming up near the V S Hospital. The Rs 582-crore hospital, being built by the AMC, is expected to be ready by January next year.

The chief minister told reporters the prime minister will inaugurate the state-of-the-art Sardar Vallabhbhai Patel Institute of Medical Science and Research Centre in January. He said the 17-storey tall hospital and medical research centre will provide treatment to the poor and needy of the state at concessional rates. The super-speciality hospital is being constructed over an area of 1.49-lakh square metres and will have 1,500 beds, 139 ICU beds, 32 operation theatres, wards for children and neonatal care among other facilities.

CM Rupani joined the “Clean Gujarat, Healthy Gujarat” campaign launched as part of the Swachh Bharat Mission. He called for creation of mass awareness for cleanliness and urged citizens to keep their homes and courtyards clean. He also urged citizens to spare one hour daily during the campaign, which will go on till October 2, to free the state from dirt and filth.

Railways To Try Japanese Technology In Bio-Toilets At Stations