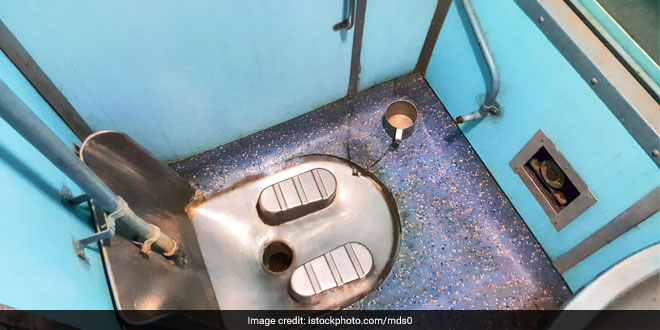 New Delhi: Railways will try Japanese technology in bio-toilets, which is different from those being used here, at a few selected stations as a pilot project to ascertain its efficiency in the Indian system. While one Japanese bio-toilet is already operational at Madgaon station in Konkan railway route, two more such toilets will be installed in the capital and Varanasi stations. Japan will give 150 bio-toilets for free as per the pilot project and all these will be installed at various stations and not in trains.

The use of Japanese technology for bio-toilets will depend upon the results of the pilot project, said the official.

Japanese bio-toilet technology is different from the ones used on Indian Railways. It is based on sawdust and special churning system to decompose the faecal matters in toilet tank, while the Indian technology depends on bacteria-driven process.

The national transporter is addressing the biggest complaint that passengers have with its trains and stations — toilets. The public transporter has faced public criticism for stinking toilets, especially in long-distance trains.

A Comptroller and Auditor General of India (CAG) report in 2017 states that foul smell was found emanating from as many as 223 bio-toilets. Inspection indicated a problem with the flushing system and inadequate water supply.

Smooth functioning of toilets is very essential for Indian Railways as some train journey lasts for 30 to 40 hours. Besides, Indian Railways also plans to test hybrid toilets — bio-vacs — which are bio-toilets with the vacuum flush facility. It is procuring 2,000 bio-vacuum hybrid toilets for 500 coaches and will scale up depending on the response.

Vacuum system reduces use of water considerably in flushing of toilets.

Keeping the toilets glitch-free is a constant struggle for the Railways, with the loos being choked with litter, plastic bottles, sanitary napkins and other inorganic waste.

The Railways aims to complete the installation of bio-toilets in all coaches by March 2019. The bio toilets were fitted first in new coaches and then retrofitted in the old ones. This is done at railway workshops in Mumbai’s Parel, Bhopal and Jhansi.

Railways has set a high target of installing 90,000 bio-toilets in 22,500 coaches in the current fiscal.