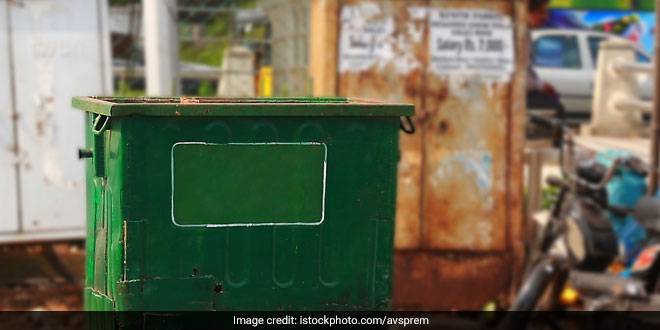 New Delhi: In a bid to accelerate implementation of waste segregation at source and door-to-door waste collection, Ahmedabad Municipal Corporation has decided to make the city free of community garbage bins by October 2, 2018. Ahmedabad, the largest city in the Indian state of Gujarat has 1,043 community garbage bins at 970 odd locations. As part of the initiative, municipal the corporation is removing community garbage bins from the road one by one, and encouraging people to not throw their household waste on roads.

When there was no door to door waste collection in the city, residents and commercial organisations would dump their waste outside their house, in some or the other large dustbin. The waste would lie there for a day or two, sometimes it would spill, attracting mosquitoes, houseflies and stray animals. This used to be one of the major reasons behind outbreak of numerous diseases. Now, since we have door-to-door waste collection, there is no point of having these dustbins, said Mr Nehra. 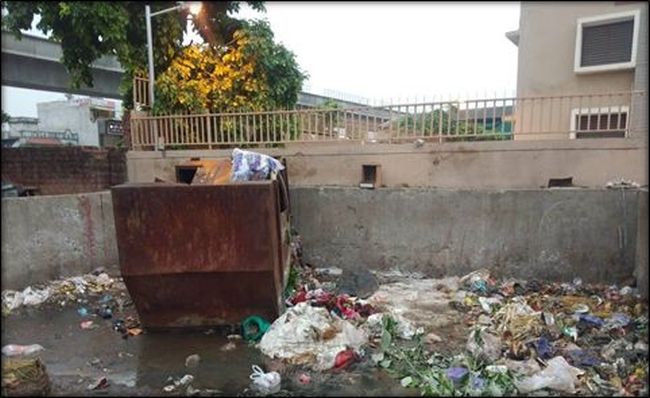 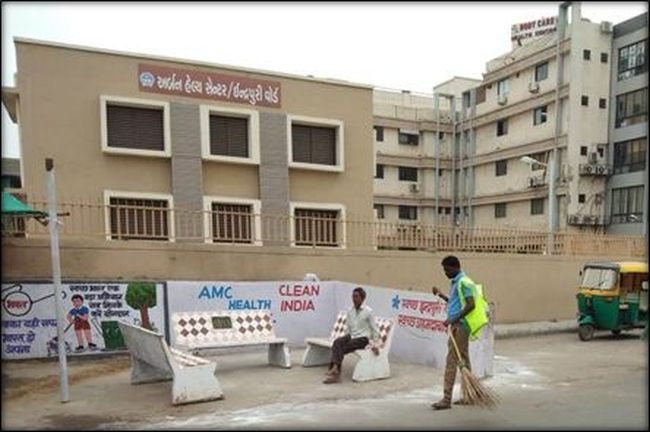 In past two months, the corporation has removed 50 per cent of the community garbage bins and is confident of removing the remaining garbage bins by October 2 this year. The removal of bins from streets is not a cakewalk, reason being, the behaviour of people. Talking about the same, Mr Nehra says,

There are some people in the city who are used to throwing waste outside their house. They have been doing it from past 13-14 years and they will continue to do this, if action is not taken.

To overcome this problem, the corporation took the interpersonal communication route. Mass awareness programmes, awareness rallies are being organised to make people aware. The garbage bins are being replaced by rangolis and flower pots. According to the corporation, this will give a rich new look to the streets as well. 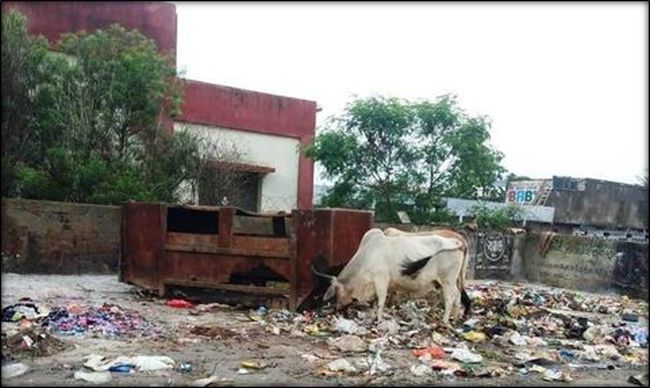 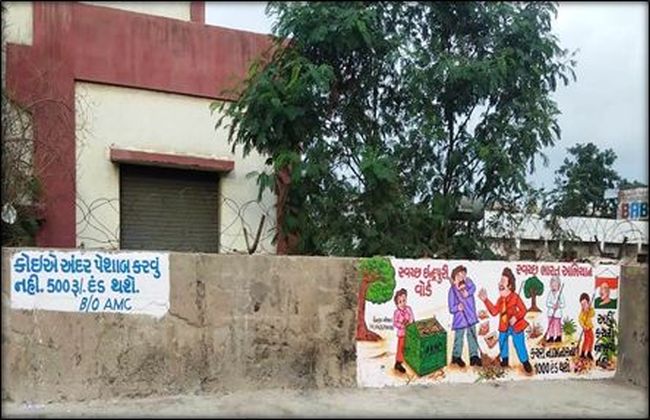 Ahmedabad city is home to 12 lakh household properties and around 6 lakh commercial properties which collectively generates 4,000 metric tonnes of solid waste per day. To effectively manage the waste, the city has three waste to manure plants of capacity 300 metric tonnes each. The manure generated is sold locally. The construction and demolition (C&D) waste treatment plant of capacity 1,000 metric tonnes per day is used to recycle C&D waste into interlocking paver blocks. The recyclable waste which includes paper, glass, and plastic is sent to Material Recovery Facility (MRF) where it is segregated and sent to recyclers. In next 2 weeks, the city aims to have 8 more MRF sites.

Apart from all this, two waste to energy plants of 1,000 metric tonnes is underway and will be functional in 18-24 months.

Under Swachh Surveksan 2018, of all the major cities of Gujarat, only Ahmedabad managed to climb the ladder of swachhta. For two consecutive years – 2016 and 2017, Ahmedabad was ranked at 14. This year, Ahmedabad was ranked at 12. The slight improvement in the city’s ranking can be attributed to the city implementing some major changes especially in their waste collection system. Speaking to NDTV about Ahmedabad’s performance in Swachh Survekshan 2018, Mukesh Gadhvi, Deputy Municipal Commissioner says,

We focused more on waste collection and management. We doubled the number of door-to-door waste collection vehicles. Now, we have over 1000 garbage collection vans. Apart from this, we have changed the timings. Earlier, the garbage from residential areas and households was collected entire day, but now we do it till 2 PM and after that commercial areas are being focused on.

Just One Piece Of Plastic Can Kill A Sea Turtle, Shows A Recent Scientific Study