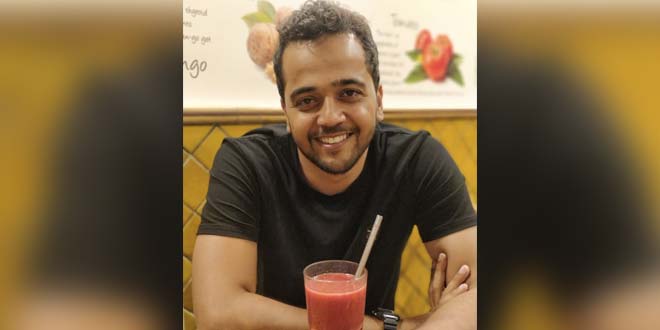 Mumbai: In June 2018, when the Maharashtra government imposed a ban on single-use plastic items such as straws, spoons, polythene, cups, etc, a 26-year-old man sitting a thousand kilometres away in his house in Chennai wondered how the ban will be implemented in such a huge state. Mayank Jain’s first thought was, ‘how will people drink nariyal paani (coconut water) if plastic straws are banned?’ As the days passed, Mayank’s thought turned into a worry when he read about the struggles of people in Maharashtra to find eco-friendly alternatives. It was during the same time when he heard activists on television debate and discuss about the environmental destruction due to plastic. Fast forward to November, Mayank launched his own company to make steel straws.

Plastic has become an addiction. Subconsciously, we have all been aware of the harmful effects of using plastic items and yet we continue using it. One of the main reasons, in my personal experience, is the poor access to plastic alternatives. Since plastic is so cheap and readily available, we do not try other options,

Like everyone, Mayank also knew about plastic pollution and two major events served as a triggering point for him to work towards making a difference. Recalling the two instances, he says,

A few years ago, I was travelling in the Himalayas when I saw how Himalayan rivers were getting polluted due to irresponsible behaviour of the tourists. It was painful to see the scenic beauty of mountain getting polluted by plastics. The plastic ban in Maharashtra was another instance when I realised the dire need to switch to eco-friendly alternatives.

Having done Masters in Business Administration, Mayank had little idea about the manufacturing and production of steel straws but that didn’t deter him to pursue his goal. He approached several vendors and companies in Chennai who were dealing with steel products, particularly steel straws, and studied the process from June to September.

In September, he was ready with his steel straw manufacturing machine that he made from scratch. And thus, began Mayank’s journey to develop his eco-friendly venture ‘Minimo’

For nearly two months, me and my small team produced dozens of straws until we perfected the art. We didn’t want the straws to be like any other consumer product. We wanted to start a trend where people would start carrying straws around just like their mobile phones. So, we decided to provide the straws in a little jute pouch along with a cleaning brush, says Mayank. 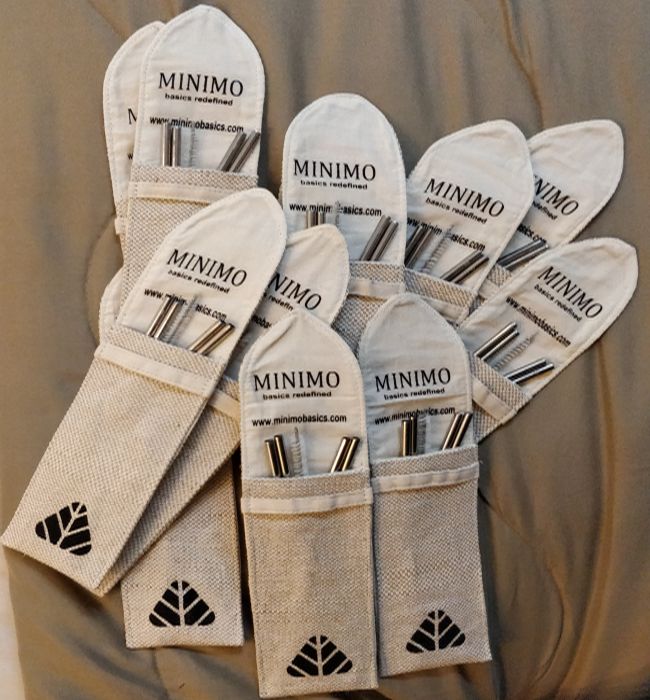 Unlike the regular steel straws, the straw made by Minimo is only seven grams. The price ranges from Rs 299 to Rs 699 depending on three of the retail packs. It can be reused for as long as one can and is rust proof. The straws can be used for smoothies, milkshakes, coconut water and other beverages.

People will stop using plastics only when the supply will stop. The habit to use plastic-free straws will develop only when people will see juices owners, eating joints and coconut vendors providing eco-friendly straws. Once there is a shift in people’s behaviour, eco-friendly items will flourish in the market, says Mayank.

In the last three odd months, Mayank has visited several places across the city and faced both, rejections and acceptance from people. While most people cite price and availability as excuses to continue using plastic straws, many people are willing to make the switch. Many cafes and restaurants in the Chennai are now using steel straws made by Mayank. It is only a matter of time before we go plastic-free, believes a hopeful Mayank.

Besides, convincing the city’s eating joints, Mayank is also selling his product on e-commerce websites and so far, he has managed to sell 400 reusable straw packets. He has also supplied straws in zero-waste parties and as gift options. Till, now he has supplanted approximately 10,000 plastic straws with the stainless-steel straws.

Talking about his future plans, he says,

Straws are only one type of single-use plastic item. I wish to develop eco-friendly alternatives to others as well. I am currently working on a prototype to replace bar products like plastic stirrer, picks for martini and coasters with reusable ones.

With a ban on single-use plastic items in Tamil Nadu from when this year, Mayank hopes that it will drive people to look for plastic alternatives like the ones he is working on.

Calendar To Plant: This Duo From Agra Is Reducing Carbon Footprint And Paper Waste By Infusing Seeds In Paper