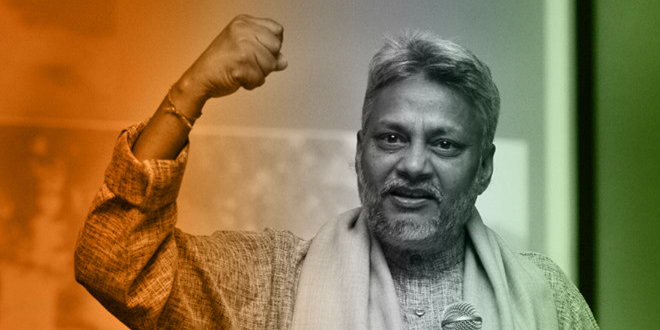 New Delhi: With a dream of becoming a successful Ayurveda medical practitioner, Dr. Rajendra Singh started his practice in Jaipur in 1980. However, when he noticed that people from rural Rajasthan were migrating to cities due to the lack of proper facilities in villages, he decided to provide his medical service to people living in rural areas. With an aim to serve the underprivileged, in 1985, he left Jaipur and settled in a small village of Bhikampura in Alwar district of Rajasthan. On one fine day during his practice in Alwar, Dr. Singh, had an epiphany which changed the course of his life from being a doctor of human bodies to becoming a doctor of water bodies which also lead him on to the path of gaining the title of ‘the Waterman of India’. For his passion and community-based efforts towards conserving water, the 60-year-old water crusader won the Ramon Magsaysay Award for community leadership in 2001 and Stockholm Water Prize in 2015. 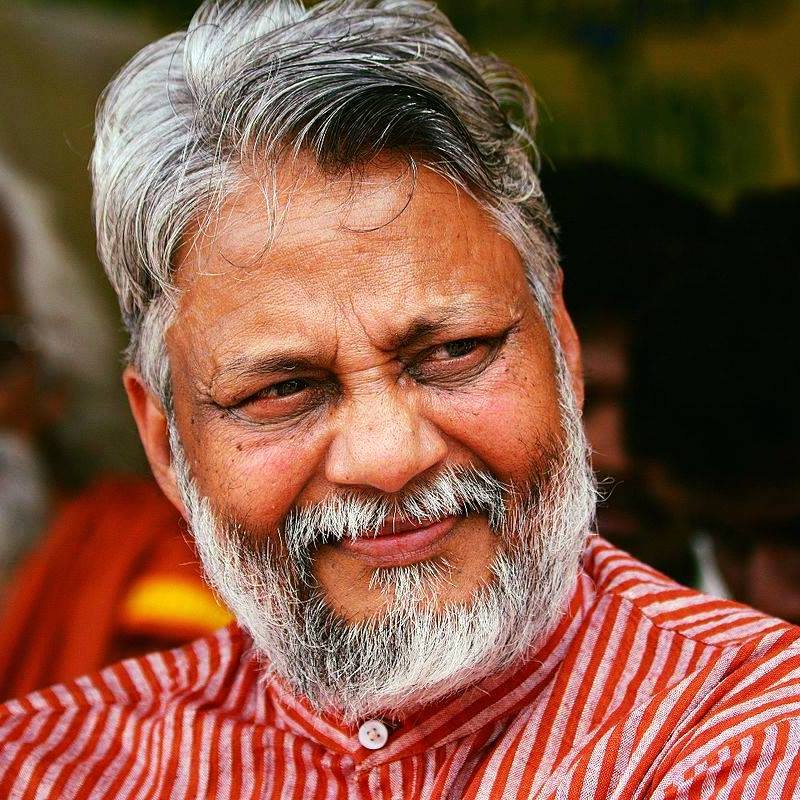 Dr. Rajendra Singh, is on a mission to stop a war from breaking out because of the shortage of water around the globe

I was practising Ayurveda in Bhikampura and Gopalpura villages in Alwar. I noticed that a lot of people were suffering from Neoplasia which is caused by abnormal and excessive growth of tissues in the human body and many stomach related diseases. One day while tending to an elderly man, I casually asked him the reason for so many villagers suffering from stomach ailments. He told me that in a stern tone that if I was really worried about the villagers I should rather work on helping them get access to clean and wholesome water. He said to me ‘Your treatment will not help us, we need water.’ I was taken aback with the health problems facing the villages due to lack of water. Then I decided to learn about water and work on bringing water to the barren villages of Alwar.

As per Dr. Singh a few farmers of Alwar educated him about traditional techniques of storing the rainwater. The newly gained knowledge along with his understanding of science helped the doctor turned water champion build large crescent-shaped structures made of mud and rocks, called ‘johad’. As per Dr. Singh, these structures not only hold water that runoff from monsoon rains, but also help this water percolate into the ground with minimum evaporation and help improve the water table. He said,

Johad helped in revitalising the local aquifers. This technique helped us revive rivers too because as the underground water restored, it started flowing into the rivers.

Dr. Singh asserted that for a successful implementation of ‘johad’ method of conserving water, it is necessary to have a sense of the flow of water inside the earth, the curves in the area and characteristics of the soil.

When the water started flowing successfully from the first aquifer in Gopalpura village, Dr. Singh used the same method in other villages. Soon, the technique became popular in the area and people from many villages started calling him for help and guidance for setting up ‘johad’. In the past 34 years, Dr. Singh has helped in building 11,800 ‘johads’ in more than 500 villages across the country. This technique has helped him revive 14 rivers and water bodies including Aravari, Tapi and Sarsa in Rajasthan, Mahakali in Maharashtra and Hirehalla in Karnataka. 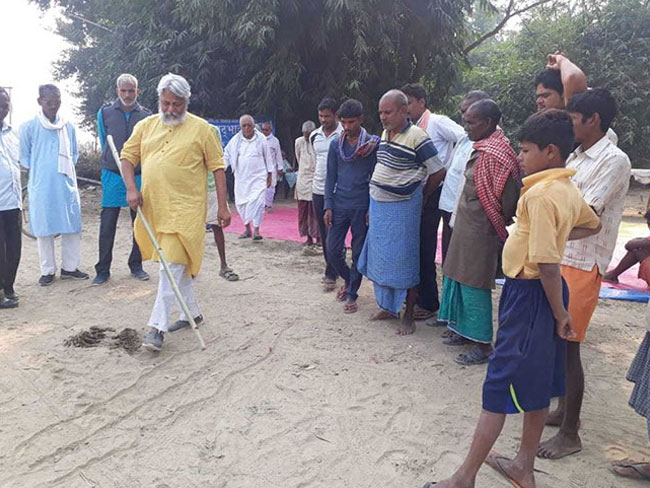 As per Dr. Rajendra Singh, successful implementation of traditional methods of conserving water, it is necessary to have a sense of the flow of water inside the earth, the curves in the area and characteristics of the soil

During his stay in Jaipur, Dr. Singh became a member of Tarun Bharat Sangh (TBS), an organisation established by teachers and students of Jaipur University in 1977 with an aim to promote sustainable use of natural resources among people. With the help of TBS, Dr. Singh started working on promoting efficient and mindful utilisation of water among people, especially farmers so that they can have larger produce by using less water.

In his journey, Dr. Singh never faced resistance from the people. His ideas were welcomed by the villagers and he received support from lakhs of people across the country. He said,

The reason we were successful in gathering people’s support is that we always tried to understand their needs. We included them and made the water conservation efforts people-centric. We made the community as the owners of the johad. They built the structure and they were also responsible for maintaining it. After all, they were the ones benefitting from it.

Dr. Singh, however, faced challenges from the government. During the initial days of his journey as water-crusader, local governance bodies and government officials from the irrigation department used to create hindrances in his work. He said,

Initially, the government officials never bothered to understand the science of acquirers and the work I was doing. They used to send legal notices under the Irrigation Drainage Act, 1954. By the year 2000, I received about 380 such notices. But I was not scared of these cases and kept on working with determination. On March 28, 2000, the former President of India, Kocheril R. Narayanan visited a few villages I was working in. After his visit, all the notices against me were pulled back. Since then I have not received any legal notices. And after the Magsaysay Award in 2001, many government institutions started inviting me for lectures and training on water conservation. 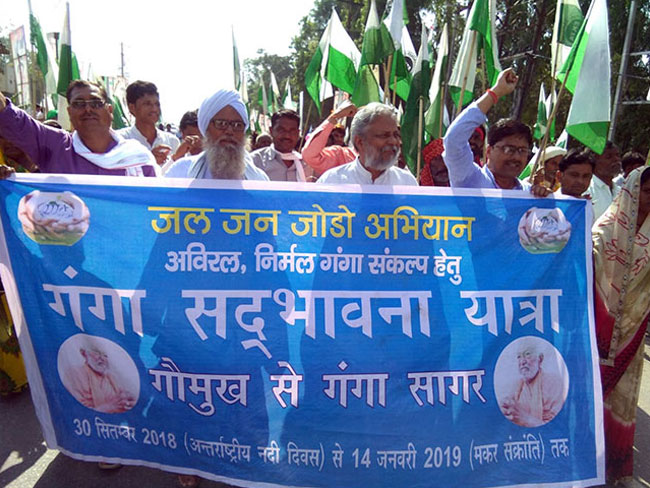 Dr. Rajendra Singh led a 100-days march to raise awareness on the problems faced by the river Ganga and its tributaries

According to Dr. Singh, contamination of rivers in India began in 1932 when sewers started flowing into the rivers. He said,

During the British rule, there was a silly Commissioner appointed in Varanasi in 1932 who ordered linking of sewage drains with the river Ganga in the name of ‘beautifying the city’. He said that instead the drains should be emptied into the river which will take the dirt of the city and throw it into the ocean. Hence, keeping the cities clean. With this order began the exploitation of our rivers as the same model started implanting in other cities as well. Thus, rivers which were the primary sources of drinking water for millions of people started getting contaminated with human and industrial waste.

He lamented the fact that the post-independent India is still clinging to the same model. He asserted that the only way to keep a river clean is to “separate sewer from the river”. He further said that water in each and every river of India, is dirty and no less than slow poison which is making people across the country unhealthy. He said that cleaning of Ganga must begin with the redesigning of the municipal sewer system all along the river to prevent the entry of wastewater into the river.

Another reason for the increasing pollution in rivers like Ganga and Yamuna, as per Dr. Singh is the interruption in the natural flow of these rivers caused by hydropower projects and dams in the upper stream of these rivers. Dr. Singh said,

We have been fighting for restoring the natural/ecological flow of the river Ganga since a very long time. When I was a member of the Ganga River Basin Authority under the chairmanship of Former Prime Minister Dr. Manmohan Singh, we were successful in convincing the government to shut down three big hydropower projects on the Bhagirathi river in August 2008 which helped in restoring the uninterrupted flow of water in the river from Gomukh to Uttarkashi. We were also able to get the area surrounding this part of the river as ‘ecological sensitive area’. I decided to resign from the authority when the Congress government refused our demand to shut the hydropower projects on Alaknanda river.

When the National Democratic Alliance came to power under the leadership of Prime Minister Narendra Modi, the water champion along with other water activists, had some hopes as PM promised to do what previous governments could not do for rejuvenating the Ganga. However, as per Dr. Singh, they faced only disappointment from the central government. He said,

The government has a totally wrong approach for restoring the river. The river Ganga is suffering from a cardiac disease which is being tended by a dentist. Obviously, the treatment will fail. The government has sanctioned Rs. 20,000 crore under Namami Gange which aims to develop the riverfronts and beautify the ‘ghats’ while nothing is being done about restoring water flow in the river. I want to ask the government that how are they planning to bring ‘har ghar mei jal’ when there is no jal? No jal in our rivers, underground sources and aquifers. 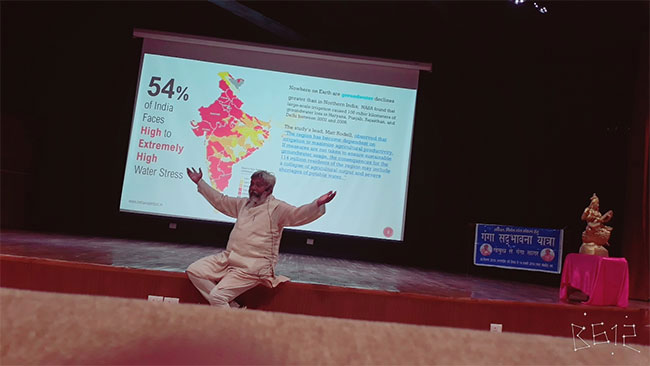 As per Dr. Rajendra Singh, making people aware about water crisis and ways to conserve water can help in restoring the underground aquifers

Talking about the solution and ways to restore rivers like the Ganga, Dr. Singh highlighted the following five things which need to be done on priority:

Next Mission Is To Stop Migration Due To Lack Of Water

Talking about his future plan, the Waterman said,

India is facing acute water crisis today. This was warned by multiple agencies multiple times in the past. However, no stringent measures were taken. As per NITI Aayog, the crisis will increase further due to erratic water usage and climate change. The increase in crisis will increase displacement of population. The situation will become chaotic globally and might even lead to another world war. This time due to lack of the precious life source – water. I aspire to keep this from happening.

He signed off by saying that people and the government across the globe need to come together and save the humanity from World Water War by being conscious of their own water use and by conserving the existing water sources.

Heroes Of Swachh India: Fighting To Abolish The Dehumanising Practice Of Manual Scavenging, Bezwada Wilson Says ‘No One Should Clean Excreta By Hand Just For Roti’

Heroes Of Swachh India: Meet Chinu Kwatra, A Beach Warrior On A Mission To Clean All Beaches And Riverfronts In The Country