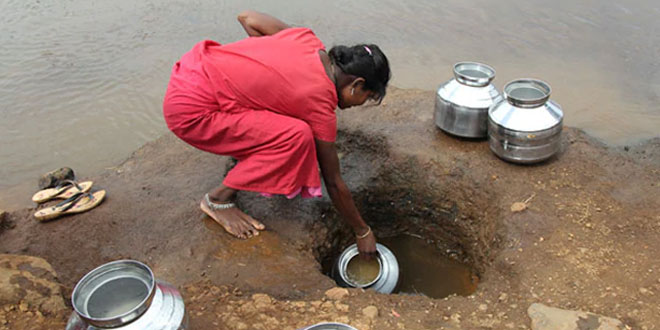 “Mere access is not enough,” said UNICEF’s Kelly Ann Naylor, Associate Director of Water, Sanitation and Hygiene (WASH). “If the water isn’t clean, isn’t safe to drink or is far away, and if toilet access is unsafe or limited, then we’re not delivering for the world’s children.” She further said,

Children and their families in poor and rural communities are most at risk of being left behind.

Ms. Naylor has urged the governments around the world to “invest in their communities if we are going to bridge these economic and geographic divides and deliver this essential human right.”

The report further stated that the portion of the population practicing open defecation has more than halved since the turn of the century, from 21 per cent to nine per cent. Globally, around 673 million people continue this practice in ‘high burden’ countries.

Every year, around 2,97,000 children under the age of five die from diarrhea linked to inadequate water, sanitation, and hygiene services. Poor sanitation and contaminated water help transmit diseases, such as cholera, dysentery, Hepatitis A, and typhoid.

“Closing inequality gaps in the accessibility, quality, and availability of water, sanitation, and hygiene should be at the heart of government funding and planning strategies,” Naylor stressed.

“To relent on investment plans for universal coverage is to undermine decades worth of progress at the expense of coming generations,” she added.