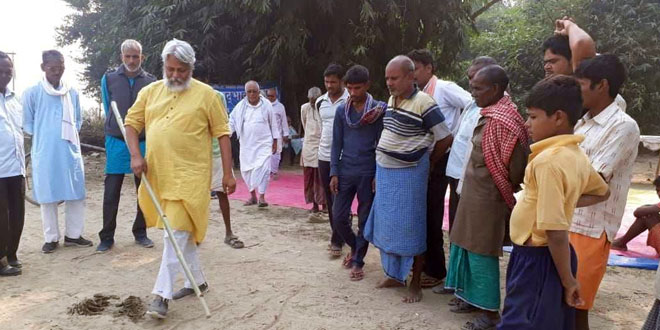 New Delhi: “The Ganga is dying with each passing day. It is suffering from a severe heart ailment but dentists are being deployed to treat it. So no matter how much efforts the dentists put in, the heart will not be cured”, says Dr. Rajendra Singh, the ‘waterman of India’ while talking to NDTV. Dr. Singh along with other devotees of Ganga is on a lifelong mission of rejuvenating Ganga’s ecological flow and is currently leading ‘Ganga Sadbhavna March’ to make people aware about the Ganga’s ‘critical condition’.

The riverine expert says that Ganga is facing problem on three major fronts, its flow, depth and wildlife. The dams and barrages have reduced water flow in various stretches of the river and have destroyed the river’s aquatic life and are harming Ganga’s unique quality of self-cleaning with the help of the sediments. From sewage, decomposing human/animal bodies, plastic waste to industrial effluents – everything flows into the Ganga.

“The water is now so dirty that it is not even good for bathing, forget about drinking it”, says Ram Dheeraj, another Ganga crusader who has vowed to keep the rally on for the whole of his life to rejuvenate Ganga and other rivers. He added that the government has to regulate human interference and control industries and civilians from polluting the river. He added that the government must focus its efforts towards increasing water in Ganga and its tributaries and restore Ganga’s ecological flow.

The Ganga Sadbhavna (goodwill) march started on September 29 from Matri Sadan, Haridwar with the objective to build solidarity among people for the Ganga. The march went to Gomukh, then from Gomukh, it came back to Haridwar, from where it went to Saharanpur, Muzaffarnagar, Delhi, Kashi, and Jaunpur. The march reached Lucknow on Wednesday. From Lucknow, the march will proceed to participate in a ‘Dharm Sansad’ (parliament of religion) to be held in Varanasi from November 25-27. During Dharm Sansad, the Ganga crusaders will reiterate the deteriorating condition of Ganga and demand religious leaders to motivate people to protect Ganga which is a source of life for millions of people in India.

When Professor GD Agarwal completed 100 days of fast, I discussed with him and decided that I will go among the people and spread his message on Ganga and make people ‘water literate’. So we decided to start a ‘yatra’ by bringing together people working on Ganga restoration from across country.

The Ganga crusaders are meeting people through the march and are conducting lectures and discussions in universities and colleges with the students and teachers on the way. They are organising morning rounds in the villages where possible and candle marches at night. Discussions are being held with the journalists, researchers, NGOs and anyone who is interested to know about the Ganga, its current condition, its unique feature of self-cleaning, Environmental flows and on ways that help in restoring the Ganga back to normal. They are also meeting farmers and helping them with measures to save water while still having healthy water-fed crops. 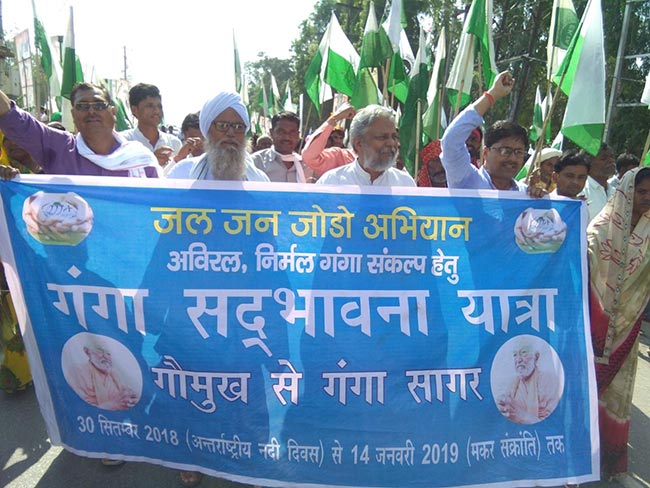 The waterman is leading a Ganga Sadbhavna march which started on September 29 from Matri Sadan, Haridwar with the objective of building solidarity among people for the Ganga

The Ganga march will reach Ganga Sagar on January 14 and from there will proceed to the Kumbh in Prayag where the Ganga crusaders will stay and do an advocacy with the local people for pressurising the government to take immediate actions to make Ganga ‘Aviral’ (uninterrupted) and ‘Nirmal’ (clean).

While the Union Minister for Water Resources, River Development and Ganga Rejuvenation Nitin Gadkari claims that by March 2019 almost 70-80 per cent of River Ganga will be cleaned, Dr. Singh said,

The Government is lying. The ambitious Namami Gange project treats the holy river as a cash cow to benefit private industry and interests. Commercialisation and privatisation of the river will be ecologically disastrous and will adversely affect people in the long run.

The current situation is such that a huge amount of money is being spent in the name of cleaning the Ganga and it is happening since a very long time, But the river is not able to recover because its ecological/ environmental flow which is also known as its natural course has been blocked. In many places, there is not enough water in the Ganga. The government is not taking the right measures to treat our Ganga that is suffering so badly. So through this yatra, we are trying to make people aware about the real problems that Ganga is suffering from and the real solutions which government should be taking. 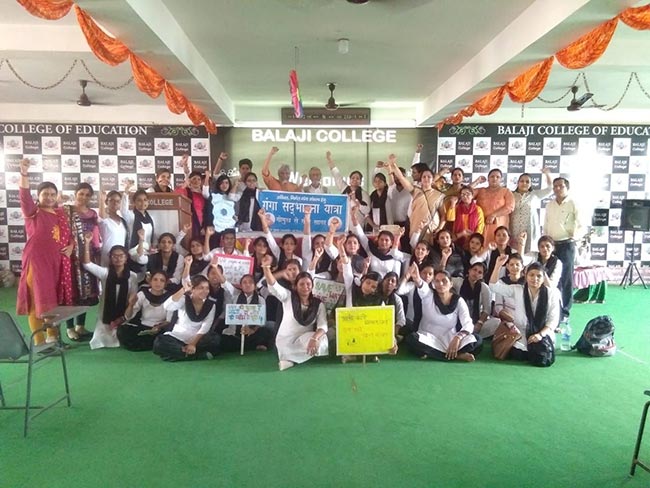 The Ganga experts also highlighted the adverse impact of the multi-modal terminal on Ganga River in Varanasi which was inaugurated by Prime Minister Narendra Modi on November 12 marking the commencement of the Jal Marg Vikas Project (JMVP). JMVP aims to develop the stretch of the Ganga between Varanasi and Haldia for navigation of large vessels. Ram Dheeraj said,

Ganga does not have the depth and width to contain the large vessels, it will be degraded even further as a lot of erosion will be caused in the process of dredging in order to make way.

The ‘waterman of India’ also pointed out that if the water in the rivers is not saved now, it could even lead to water wars, on the lines of world wars, due to lack of water. He added that Ganga, our national river needs to be kept as high in our heart and actions as the National Flag. He said,

One cannot play around with the National Flag, one cannot tear it or put garbage in it but in the national river, people are dumping all their waste. The Ganga is precious to us so we shouldn’t dump waste in it.