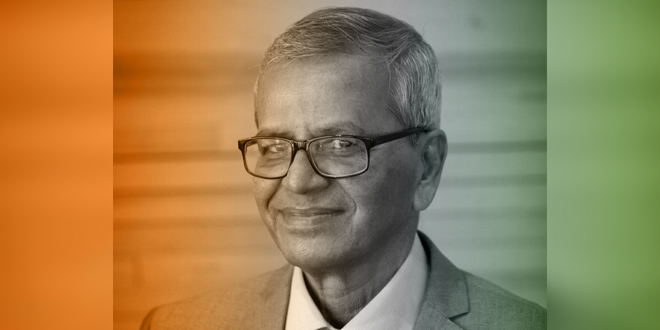 New Delhi: “Solar Power generation is almost emission free. More the solar power we generate less is the emission. We may keep our commitment towards the Paris agreement aimed at climate change by producing more solar power”, says Dr S.P. Gon Chaudhuri, an Electrical Engineer and International Expert in the field of Renewable Energy. As India thrives to achieve its target of generating 100,000 MW (megawatt) solar power by 2022 to reduce its emission level within the prescribed limit, NDTV speaks to S.P. Gon Chaudhuri, the man who brought electricity to the remotest villages of India in 1994 by introducing solar lighting system.

He has has also received National Science Academy Award, Green Oscar from UK and Euro Solar Award from Germany for his outstanding contribution in providing energy access to millions of people on this planet.

Solar Energy Lights Up The Sagar Island In Sundarbans

In 1994 households in the Kamalpur Village in the Sagar Islands of Sundarbans got electrified all thanks to the efforts of Prof Chaudhuri who introduced solar lighting system through the mini grid concept.  Mini grid concept which was developed by Prof Chaudhuri for the first time is a local grid powered by solar energy or hybrid system. It is used as a cost-effective solution for electrifying rural communities where a grid connection is not possible.

After extensive research and study, and funding from both central government (Ministry of New and Renewable Energy) and state government, Prof Chaudhuri set up the first mini grid power plant of India in early 1994. 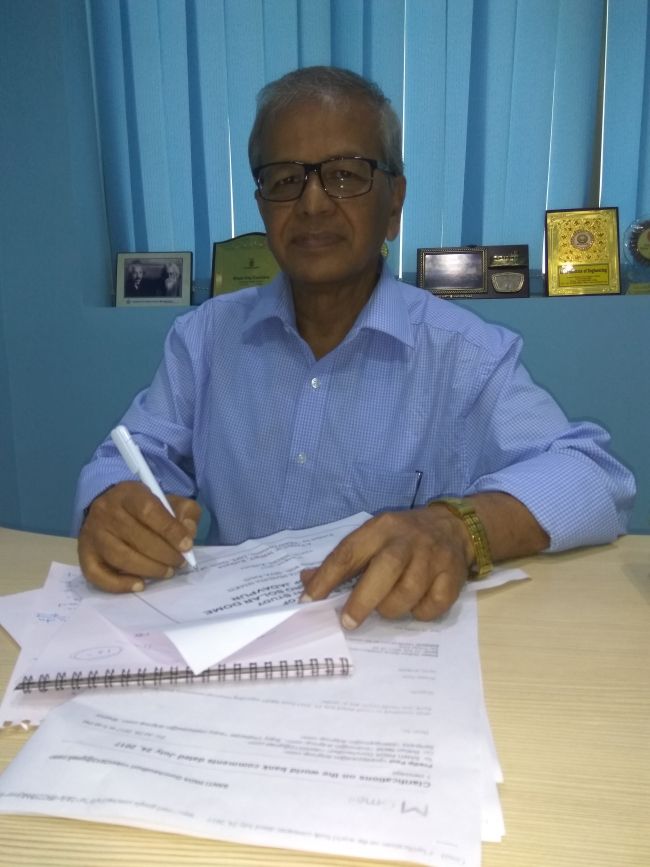 Back then solar was so new that though people didn’t have electricity connection and I was trying to change the reality, people in power kept on telling residents ‘wait for some time, we will get you electricity’. Local politicians thought I am giving a bluff and even complained against me, but despite all the resistance I continued my work, says Prof Chaudhuri.

Talking about how solar power changed the life of the people of Sagar Island who were living in darkness for hundreds of years, Prof Chaudhuri says,

A village where life would come to a standstill by 5 in the evening, everyday, would now have children studying up till midnight. With electricity, literacy rate improved, cases of snake bites reduced, people could enjoy TV, economic activities got enhanced, shops remained open till 10 pm and people got drinking water. Sagar Island became the solar island.

After the success of mini grid power plant in Kamalpur village, over 2000 mini grid systems were set up in various parts of the country including West Bengal, Uttar Pradesh, Madhya Pradesh, Rajasthan, and North Eastern states.

The surge in the demand for solar power connection gave me immense joy because a person who faced so much resistance in establishing first mini grid was being welcomed by people with sweets and flowers during subsequent visits. Political leaders who initially stood against me now came to my office and requested me to implement the technology in different villages. Within six months, people started worshiping me, says proud Prof Chaudhuri.

As part of the Swachh Bharat Abhiyan, nationwide cleanliness campaign initiated in 2014, toilets are being constructed in many villages, but due to lack of running water for flushing, toilets are becoming non-functional within few days of construction, reveals a survey done by Prof Chaudhuri.

Because of non-availability of water in toilets and lack of sanitation, the dropout rate of girls in schools is 40 per cent. I discussed the issue with headmasters and principals and they told me that if I can provide running water 24×7, they will ensure 100 per cent attendance, hence micro solar pump, says Prof Chaudhuri.

Micro solar pump lifts water from the nearest water body or under the ground to the over head tank (OHT) installed above the toilets, ensuring running water. The cost of setting up one micro solar pump is Rs. 15,000. The innovator has installed 40 micro solar pumps, of which 30 are in girls schools. 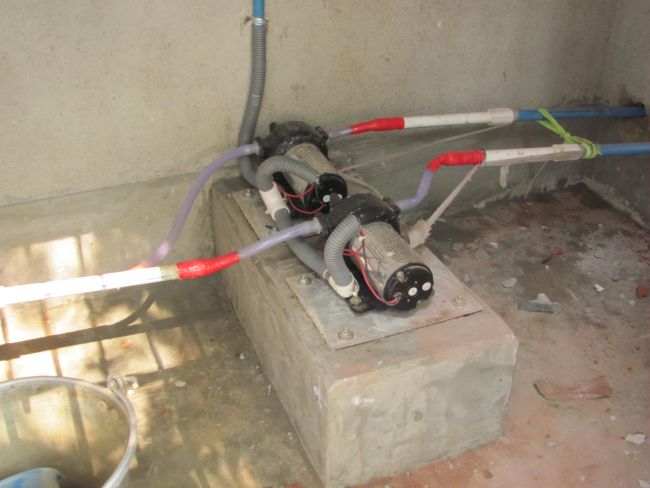 In addition to the solar water pump, another innovation from Prof Chaudhuri’s stable has been the Solar Water Purifier. It aims at providing clean drinking water and is an extension to Micro Solar Pump that pumps water and stores it in an OHT. Solar Water Purifier gets water from the OHT, removes suspended particles from the water, saving electricity. Initially, the technology was implemented in three schools and when they were convinced with the idea of fetching water and purifying it with the help of solar, it was extended to other schools. Currently, the innovator is providing solar water purifier to 100 schools in Tripura and Assam which will end up benefitting around 80,000 students. Of 100, 11 schools have already been covered. 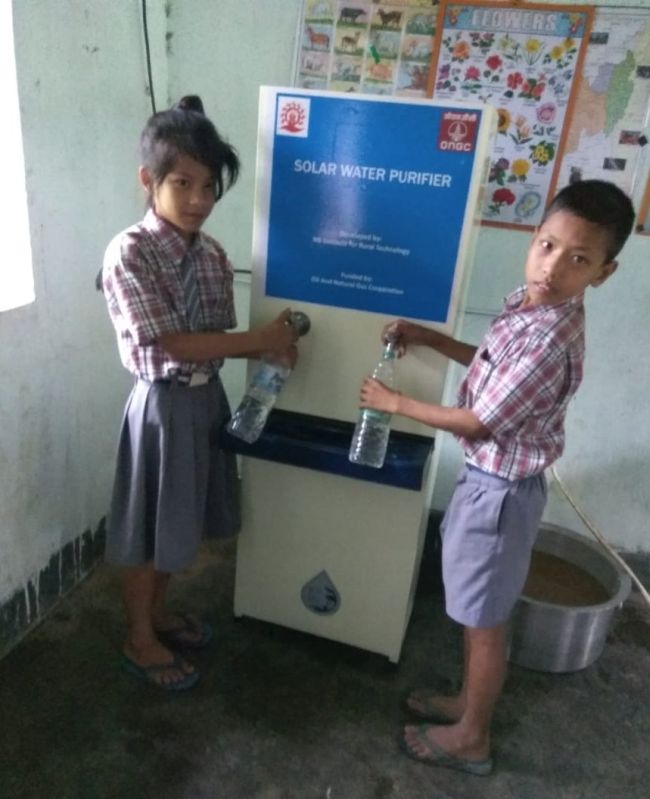 We have a small school which means we have 80 students and 10 staff members and our daily water requirement is 400 litres. Since ours is not a government-aided school, there is always a shortage of fund and because of the same we never had a water purifier. During annual and half-yearly functions we host hundreds of students and parents and during celebrations, obviously, everyone drinks water and the problem starts here. After every function, around 20 students fall sick because of drinking unclean water. Almost a year ago S.P. Gon Chaudhuri gifted us the water purifier and since then we have not only had access to clean drinking water, but the number of students falling sick has diminished.

Talking about how viable it is to switch to solar power, considering the finances, Prof Chaudhuri says, “Cost of solar generation is in the range of Rs. 3 per unit in comparison to Rs. 5 per unit for coal based power. Since solar is intermittent in nature, storage and backup conventional power are required. Solar energy price with storage is still high and is in the range of Rs. 10 per unit. Shifting towards solar energy will happen completely when cheap storage options for solar energy will be available. Such a transition may happen in next 10 years’ time. At 100 year of Independence, India will have a major solar power contribution in the energy basket.”

Vision For Clean And Green India

Prof Chaudhuri believes that until and unless we provide benefits to poor and rural people and solve their problems, nothing can be achieved. He says there are three basic needs of rural people – drinking water, sanitation and electricity and all three can be addressed through solar.

Heroes Of Swachh lndia: Meet Peepal Baba, The Man Who Has Been Planting Trees For Last 42 Years To Make India Clean And Green