New Delhi: Located amidst the hills of the Western Ghat on the Mysore-Ooty highway in Karnataka, the Bandipur National Park suffers from water scarcity. The park has been able to save the wildlife from drought using solar energy for pumping water for the last two years. With this eco-friendly alternative, the remote areas of jungle, where making electricity available through wiring was difficult, is now getting enough water for keeping its inmates hydrated. The forest department has powered 45 waterholes (ponds and lakes) by solar energy till now that generates about five kiloWatt of energy every day and pump almost 30,000 litres of water per day. 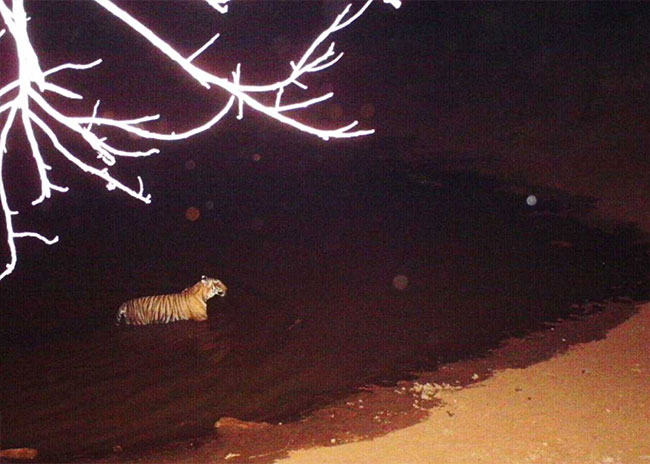 The once-parched waterhole is now a new destination for tigers

The pumps are installed next to water bodies like lakes and ponds. The solar pumps aid in supplying water straight into these water bodies. These waterholes have emerged as the lifeline to animals and are constantly visited by animals in the area. This proves the success of this initiative. We have observed herds of animals, from deers to elephants and tigers, crowding these lakes and ponds. It is great to see the animals congregate around waterholes. 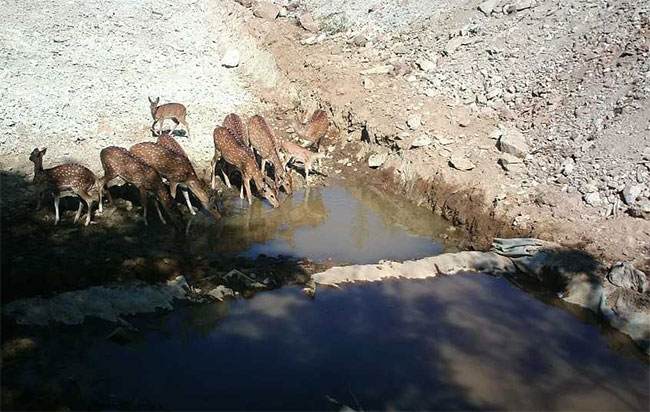 The official further said that the solar project was conceptualised in 2016 when Bandipur was ravaged by forest fires and over half of the region’s 373 waterholes in the 1,020 square kilometre of the forest are had dried-up due to intense heat leaving the animals parched. He said,

Not only the animals were left parched, but the heat and fire left the land burnt and dry, causing high stress levels among the animals.

Mr. Ravikumar asserted that the forest administration is working on connecting all waterholes with solar pumps, with an aim to eventually make the area water surplus. He said,

The harrowing water crisis along with widespread forests fire caused severe distress to the wild animals and this would have taken a heavy toll on animals in this region if it wasn’t for the solar energy at rescue. You can say – heat that created all problems became a solution. 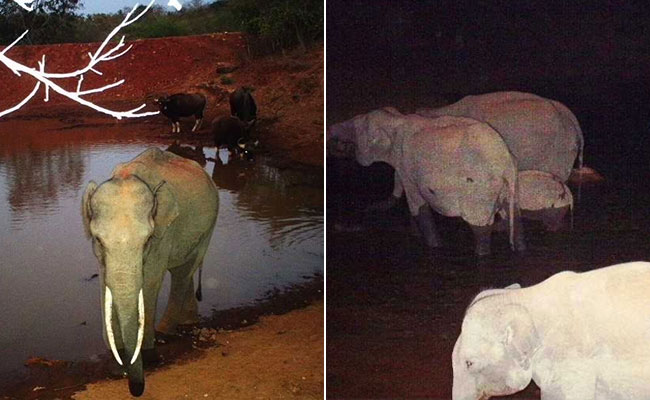 Elephants captured bathing in a waterhole at Bandipur National Reserve

Home to 139 tigers, 1,600 elephants, and 25,000 deers, according to 2016 animal census, the Bandipura National Reserve has become an inspiring example for other forests. Karnataka’s forest department is also trying a similar model of getting water to the wild in other forest regions of the state like Nagarahole National Park, and Kudremukh National Park. For this, the department is currently identifying installation spots.