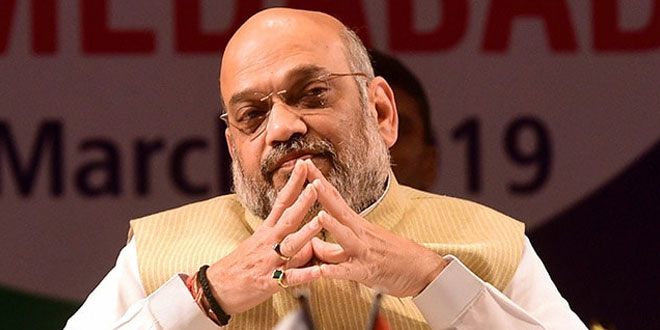 The party leaders also visited patients and children admitted in the hospital.

Also Read: Travel From Delhi To Mumbai Made Plastic Free, Courtesy This Airlines

BJP workers across the country will begin celebrating ‘seva saptah’ from today. Our Prime Minister has dedicated his entire life to serve the nation and has worked for the poor. So, it is appropriate that we celebrate his birthday week as ‘seva saptah’.

Mr. Shah also asked the party workers to go among the poor across the country and highlight the works of the Centre. The BJP National General Secretary Arun Singh said on Friday that from September 14-20, the party will undertake innumerable social initiatives across the nation.

To lend his support to the ‘Seva Saptah’ Tripura Chief Minister Biplab Kumar Deb has donated six month’s salary to keep 1,100 village markets in the state clean and garbage free.

I will donate my six month’s salary to set up eight to ten dustbins or garbage dumping containers in each of the 1,100 village markets in Tripura. It would make these markets and surrounding villages clean and hygienic, said CM Deb, who is also the President of the state BJP. He said,