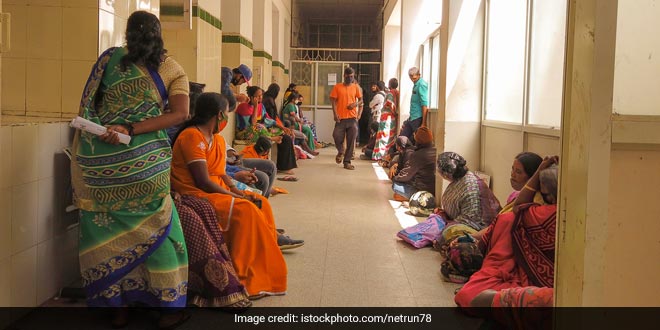 It’s not always accurate to compare ranks. For example, the number of countries has changed from 189 to 191. Therefore, it is not really about ranking but it is very important to look at human development values themselves and their trends. These values will tell much more accurate stories.

HDI measures progress on three key dimensions of human development – a long and healthy life, access to education, and a decent standard of living. HDI is calculated using four indicators – life expectancy at birth, mean years of schooling, expected years of schooling, and the Gross National Income (GNI) per capita. Talking about India’s status on each of the four parameters, Ms Noda said,

India has declined on three parameters and improved on one. Firstly, in health, life expectancy has fallen down from 69.7 to 67.2 years. For the educational side, there are two indicators, there is a drop in expected years of schooling, but mean years of schooling have seen an increase. This drop is because of the school closure during the pandemic. Lastly, the standard of living; this is where the Gross National Income (GNI) per capita comes in and for India, it has fallen from $6,681 to $6,590.

Ms Noda said that India is not the only country facing a downward trend. She added,

90 per cent of the countries around the world are facing this decline because of the multiple areas of crises such as a pandemic, climate change and the war. Definitely, the pandemic is one of the reasons and one of the crises that we are facing right now but look at climate change and what is happening in Pakistan where one-third of the population is displaced. There is a war between Russia and Ukraine. The pace of crisis is unprecedented and we, as humans, are not able to solve one crisis after another because it is happening much more frequently.

When asked about the areas where India needs to work to improve human development, Ms Noda stressed on gender. Lauding the Indian government for bridging the gap between the male and the female, Ms Noda said,

Firstly, the gap is being narrowed down and secondly, that narrowing down is faster than the rest of the world. That is good news. But challenges of course remain, and this country has one of the lowest female labour force participation in the world. The gender-responsive policies and problems are already in place but I think more needs to be done beyond women’s empowerment. Social protection to reduce inequality is also very important for the expansion and strengthening and stronger implementation of the existing social protection schemes is critical to include not only women but also other vulnerable groups. Thirdly, we have to have healthy populations to improve other human development indicators such as education and income. More investment in public health is critical.

The COVID-19 pandemic has shown the world why investment in public health is pivotal.

While signing off, Ms Noda also talked about India’s growth and said that the country has lifted 270 million people from multi-dimensional poverty between 2005 and 2016. However, this upward trend has also been impacted, she said.

Delhi Jal Board To Construct Artificial Ponds For Idols’ Immersion

In Rajasthan, Adolescents Are Getting Out-Of-School Lessons On Comprehensive Sexuality Education