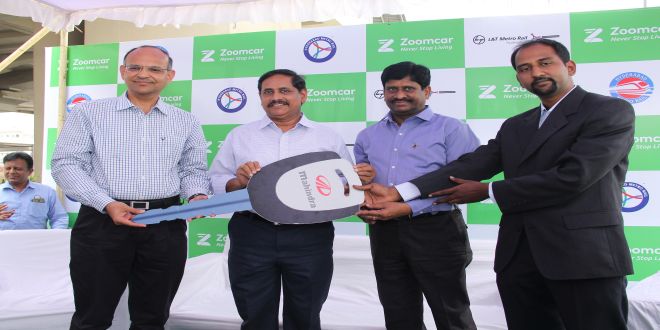 New Delhi: Every day 25-year-old Shweta Reddy spends 10 minutes hunting for an auto rickshaw to commute from Miyapur metro station to her office which is just couple of kilometers away. It is an everyday struggle to haggle and strike a deal with an auto rickshaw driver and at the same time battle heat and pollution from vehicles on road. In a bid to solve the issue of last mile connectivity and combat the problem of air pollution in the city, Hyderabad Metro Rail in collaboration with Zoom Car – a self-drive car rental company, has introduced an electric car rental service. The service allows commuters to rent an electric car or an e-car and drive to the destination.

We want to help the citizens in last mile connectivity, but without contributing to pollution. We don’t want Hyderabad to turn into a gas chamber like Delhi. Electric vehicles neither contribute to air pollution nor are costly. It is a feasible option, says NVS Reddy, Managing Director, Hyderabad Metro Rail Limited, while speaking to NDTV. 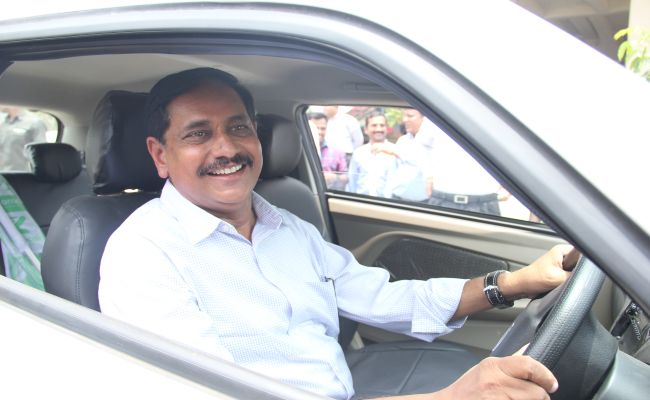 To book an e-car, an individual needs to download the Zoom car app and submit his/her driver’s license. An individual can drive and take the car to the other designated place, near to his/her destination. The electric vehicle (EV) rental charges start at Rs. 8.50 per km. It is not only an eco-friendly option for commuters, but an affordable one too.

Auto charges at least Rs. 30-40 which means spending around Rs. 80 daily. With rental e-car service, I not only get an option to drive on my own, but pay less too, says Shweta.

For charging of electric vehicles the infrastructure is being handled by Hyderabad Metro Rail is getting. And 80 per cent of the work is already done and within couple of weeks, charging stations will be in service. 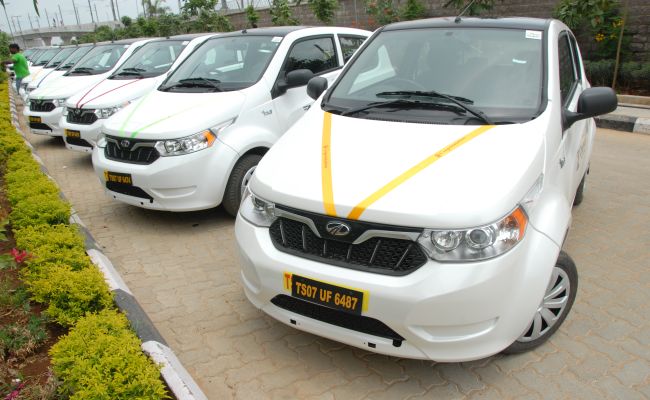 In the first phase, 25 e-cars have been introduced at Miyapur metro sation

All metro stations will have charging points and each metro station in Hyderabad will have three to four points. Two types of charging facilities will be provided- one for the cars where in a car will be charged within one to one and a half hour. The other facility will be for electric autos, rickshaws under which fully charged battery will be replaced with the discharged one and the entire process will take just three minutes, tells Mr NVS Reddy.

In future, depending on how people are travelling, the team plans to expand the service to enable one-way movement to Madhapur and Gachibowli for IT employees who can use these services to commute between their office and metro stations.

As a pilot project, we have initiated from Miyapur station. Now, we will study the locations, look for the best location in say Gachibowli, Hi-tech city area and then build electric car points, says Mr. Sudhindra Reddy.

For last to last mile connectivity that is from designated points for cars to office, the team plans to introduce cycles. For cycles, drop and pick-up points will be in a range of 100m – 200m. An individual will be able to rent a cycle for 30 minutes for just Rs. 3.

Also Read: Hyderabad Metro To Have Waterless Toilets In All Stations And Convert Waste Into Bio Fertiliser

For A Swachh Kumbh Mela 2019 In Allahabad, National Mission For Clean Ganga To Install Thousands Of Toilets And Dustbins