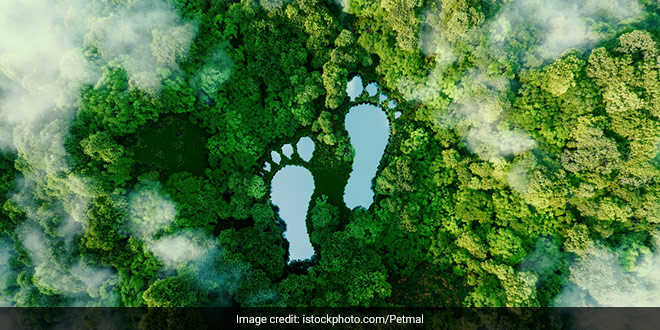 New Delhi: India has enhanced its climate ambitions in the post-pandemic scenario when the world is seeing less action on climate change and this needs to be appreciated, experts have said welcoming the country’s updated Nationally Determined Contribution (NDC) under the Paris Agreement. The Union Cabinet on Wednesday (August 3) approved India’s updated NDC, incorporating two of the promises made by Prime Minister Narendra Modi at the Glasgow conference — reducing emissions intensity of GDP by 45 per cent by 2030, compared to 2005 levels, and achieving about 50 per cent cumulative electric power installed capacity from non-fossil fuel-based energy resources by that year.

To further a healthy and sustainable lifestyle, ‘LIFE’- ‘Lifestyle for Environment’ as a key to combating climate change” has been added to India’s NDC.

Environment Ministry officials said the two quantified targets included in the NDC are interlinked with the other promises made at the Glasgow conference last year i.e. 500 gigawatt non-fossil energy capacity by 2030 and reducing total projected carbon emissions by 1 billion tonnes by that year.

The updated NDC already includes 50 per cent electric power installed capacity from non-fossil fuel-based resources by 2030. This is going to take care of the 500GW non-fossil energy capacity target. Similarly, the decision to increase emission intensity reduction target by another 10 per cent (from 35 per cent earlier to 45 per cent now) will cover another ‘Panchamrit’ goal — reducing CO2 emissions by 1 billion ton by 2030, a senior official told PTI.

“Net-zero need not be part of the NDC as it’s a 2070 goal and these targets are a step in that direction. However, it could be part of India’s ‘Long Term Emissions Strategies’ document which has to be submitted by the upcoming COP,” the official said.

RR Rashmi, distinguished fellow at The Energy and Resources Institute (TERI), said the decision by India to update its NDCs is in line with the prime minister’s Glasgow announcements. It enhances the ambition and yet puts sustainable development at the centre of the debate, she noted.

Director General of Centre for Science and Environment (CSE) Sunita Narain said India has taken important action at a time when the world is seeing less action on climate change.

Council on Energy, Environment and Water (CEEW) fellow Dr Vaibhav Chaturvedi said the share of non-fossil sources in India’s power generation capacity has already crossed 41 per cent on the back of dedicated policies, and emissions intensity of GDP declined by 24 per cent between 2005 and 2016.

Emission intensity is the volume of emissions per unit of GDP.

That India’s ambition has been enhanced in the post-pandemic scenario needs to be emphasised and appreciated. The Union Cabinet’s statement explicitly states that the enhanced NDC is a step towards the net-zero goal, the government should now follow this with explicit inclusion of the 2070 net-zero pledge in its yet to be submitted long-term strategy to the UN, he said.

Madhura Joshi, senior associate at India Energy Transition Lead, E3G, said: “India’s updated NDC targets are a welcome move. These targets, while lower than the ‘Panchamrit’, are actionable.” Vibhuti Garg, energy economist and India lead at the Institute for Energy Economics and Financial Analysis, said India’s updated NDC does not include all the ‘Panchamrit’ promises made at COP26 in Glasgow.

The revised NDC does not include 500 GW of non-fossil fuel-based capacity by 2030 and a reduction of one billion tonnes of carbon emissions by 2030. The current renewable energy target stands at 175 GW by 2030, she said.

India had submitted its first NDC to the UN Framework Convention on Climate Change (UNFCCC) on October 2, 2015.

It had eight goals, of which three had quantitative targets up to 2030 — cumulative electric power installed capacity from non-fossil sources to reach 40 percent, reducing emissions intensity of GDP by 33 to 35 per cent compared to 2005 levels and creating an additional carbon sink of 2.5 to 3 billion tonnes of CO2 equivalent through additional forest and tree cover.

At the 26th session of the Conference of the Parties (COP26) of the UNFCCC last November, Modi had announced that India’s non-fossil energy capacity will reach 500 gigawatt by 2030.

He had said India will fulfil 50 per cent of its energy requirements from renewable energy sources by 2030 and reduce its total projected carbon emissions by 1 billion tonnes by that year.

India will reduce the carbon intensity of its economy by 45 per cent, over 2005 levels and achieve the target of net zero emissions by 2070, Modi had said. The five promises are called ‘Panchamrit’ (five nectar elements). Two of the promises have been included in the updated NDC.