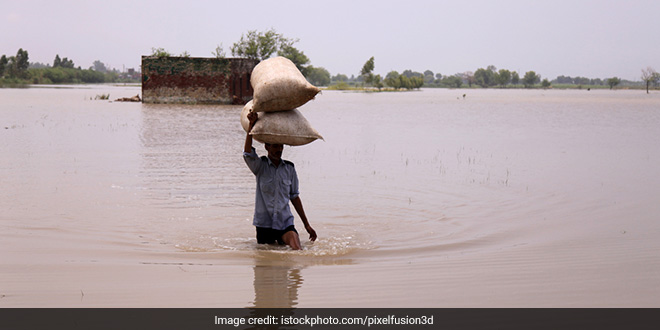 In India, the rollout of renewable energy, particularly solar, is accelerating rapidly and will transform India's electricity sector this decade

New Delhi: At least three of the four top emitters of greenhouse gases — China, the EU and India — are expected to see faster progress towards a clean energy economy than they have set out in national plans or NDCs, according to a new analysis released on Monday (November 14), coinciding with the UN climate summit in Egypt. According to “Global Carbon Budget Report 2022”, the top four CO2 emitters in 2021 were China (31 per cent), the US (14 per cent), the European Union (8 per cent) and India (7 per cent).

The report, “Big Four: Are major emitters downplaying their climate and clean energy progress?”, by the UK-based Energy and Climate Intelligence Unit, suggests interconnected global crises and market mechanisms are driving the shift towards electric vehicles, low-carbon heating and renewables around the world, in particular in those four countries.

Rapid price reductions, which make wind and solar power vastly cheaper than fossil fuel alternatives, concerns over energy security and access, and in Europe, the support for Ukraine, are driving this momentum, while EV sales are accelerating with major markets reaching tipping points.

In the three countries, these forces are strong enough that they may well be on track to outstrip their emissions targets under the Paris Agreement, which indicates a more positive picture for limiting global warming to 1.5 degree Celsius, the report said.

In India, the authors noted, the rollout of renewable energy, particularly solar, is accelerating rapidly and will transform India’s electricity sector this decade.

In August, India released its updated nationally determined contributions and now stands committed to reducing emissions intensity of its GDP by 45 per cent by 2030, from the 2005 level, and achieving about 50 per cent cumulative electric power installed capacity from non-fossil fuel-based energy resources by 2030.

These NDCs are, however, contingent on delivery of finance and technology transfer. NDCs are national plans to limit global temperature rise to well below 2 degrees Celsius, preferably to 1.5 degrees Celsius, as advocated in the Paris Agreement.

Coal generation will become an increasingly unprofitable back-up for wind and solar, a function that will itself inevitably fall away as storage takes off, the report said.

Citing the draft National Electricity Plan, it said the total generating capacity of India’s coal-fired power plants doubled between 2007 and 2017 and the Central Electricity Authority sees coal-fired capacity increasing by less than 20 percent over the next decade.

Over the same period, the capacity of renewable generation is set to soar by 250 per cent. This picture is reinforced by the plans of some leading companies. The giant Adani conglomerate plans to put 70 per cent of its capital investment this decade into the energy transition, including renewables and green hydrogen – a total of USD 50-70 bn (billion). Reliance Industries will invest USD 80 bn in renewable energy projects in Gujarat alone the report read.

Financing India’s decarbonisation transition is also helped by a significant partnership with Germany, signed earlier in 2022, that could unlock up to USD 10.5 billion in assistance through to 2030 to boost clean energy resources.

NDTV – Dettol have been working towards a clean and healthy India since 2014 via the Banega Swachh India initiative, which is helmed by Campaign Ambassador Amitabh Bachchan. The campaign aims to highlight the inter-dependency of humans and the environment, and of humans on one another with the focus on One Health, One Planet, One Future – Leaving No One Behind. It stresses on the need to take care of, and consider, everyone’s health in India – especially vulnerable communities – the LGBTQ population, indigenous people, India’s different tribes, ethnic and linguistic minorities, people with disabilities, migrants, geographically remote populations, gender and sexual minorities. In wake of the current COVID-19 pandemic, the need for WASH (Water, Sanitation and Hygiene) is reaffirmed as handwashing is one of the ways to prevent Coronavirus infection and other diseases. The campaign will continue to raise awareness on the same along with focussing on the importance of nutrition and healthcare for women and children, fight malnutrition, mental wellbeing, self care, science and health, adolescent health & gender awareness. Along with the health of people, the campaign has realised the need to also take care of the health of the eco-system. Our environment is fragile due to human activity, which is not only over-exploiting available resources, but also generating immense pollution as a result of using and extracting those resources. The imbalance has also led to immense biodiversity loss that has caused one of the biggest threats to human survival – climate change. It has now been described as a “code red for humanity.” The campaign will continue to cover issues like air pollution, waste management, plastic ban, manual scavenging and sanitation workers and menstrual hygiene. Banega Swasth India will also be taking forward the dream of Swasth Bharat, the campaign feels that only a Swachh or clean India where toilets are used and open defecation free (ODF) status achieved as part of the Swachh Bharat Abhiyan launched by Prime Minister Narendra Modi in 2014, can eradicate diseases like diahorrea and the country can become a Swasth or healthy