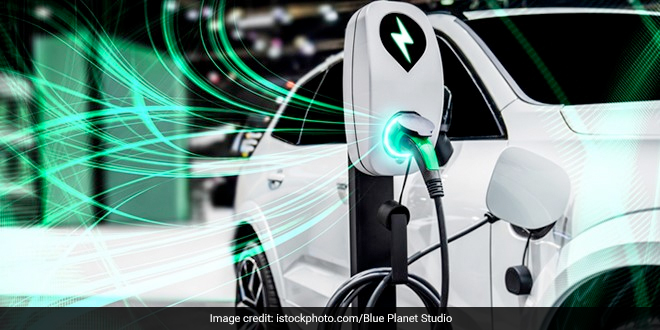 The new vehicle can run on 100 per cent ethanol

New Delhi: As the world is discussing what should be the next alternative energy to run vehicles, Toyota has launched a first-of-its-kind pilot project flex fuel-strong hybrid electric vehicle (FFV-SHEV) in India. The new vehicle can run on 100 per cent ethanol. An FFV-SHEV possesses a flex-fuel engine and an electric powertrain. This setup extends the dual advantages of higher ethanol use and greater fuel efficiency, as it can run in its EV mode for a good amount of time, while the engine stands shut off.

This seems to be providing solutions to the much-discussed concern of finding an alternative medium to run vehicles in the long run.

Though India has been rolling out initiatives in almost all other alternative energy technologies, reducing vehicular emissions has become one of the most urgent targets for the country in recent times. The focus has thus been shifted to the endorsement of hydrogen and electric vehicles.

Road Transport and Highways minister Nitin Gadkari launched Toyota’s first-of-its-kind pilot project on a flex fuel-strong hybrid electric vehicle (FFV-SHEV). The new vehicle can run on 100 per cent ethanol. Ethanol – perhaps the most ubiquitous of the alternative biofuels, a locally produced substance, has made its way into people’s gas tanks. It is environmentally friendly that aligns with stricter emission norms.

On the heels of being alternative, environment-friendly fuels that can help combat both rising fuel prices & pollution levels, flex-fuel or Flexible fuel has been gaining traction.

These are seen as alternative fuels which are a combination of regular gasoline and methanol/ethanol. Unlike CNG fuel systems which store petrol and CNG in separate tanks and are used separately by the engine, the flex-fuel combination is stored in the same tank of fuel and is used by the engine as a blended fuel.

Flex fuel engines are already popular in Brazil, the United States, European Union and China among many others.

India is the fifth largest manufacturer of ethanol following the US, Brazil, the European Union and China. According to IHS Markit, as of 2018, there were over 21 million flex-fuel vehicles in the United States, but Brazil is the biggest market and a leader in this segment. Other than an ethanol-compatible fuel system and a different powertrain calibration, flex-fuel vehicles are similar to their conventional petrol-only counterparts.

In flex fuels, the ratio of ethanol to petrol can be adjusted but the most commonly used flex-fuel use 85 per cent ethanol and 15 per cent petrol. Unlike petrol, ethanol is not a byproduct of crude oil. Instead, it is a complex derivative of biomass left by agricultural feedstocks such as corn, sugarcane, hemp (bhang), potato, and rice among many other things.

Ethanol is extracted from sugarcane juice; from molasses – the black viscous product derived from refining sugarcane. These agricultural products are found in abundance in India and hence, the Indian government has made a concerted effort to promote ethanol as an alternative fuel option.

Ethanol has the quality to burn cleaner than gasoline, which simply makes flex-fuel vehicles leave fewer toxic fumes in the environment. Advanced technology is used to make flex-fuel engines which also involves the use of electronic sensors. Such advances enable the vehicle to detect the fuel blend and make any necessary adjustments. The usage of ethanol, which is sustainably produced, is what makes flex-fuels a green choice.

According to an article in Indian Express, flex-fuel vehicles have one fuel system, and most components are the same as those found in a conventional petrol-only car. Some special ethanol-compatible components are required to adjust to the different chemical properties and energy content in ethanol or methanol, such as modifications to the fuel pump and fuel injection system. The ECM is also calibrated to accommodate the higher oxygen content of ethanol.

The most important benefit is that the use of ethanol blending sharply lowers harmful pollutants such as carbon monoxide, sulphur, and carbon and nitrogen oxides. Another obvious benefit is that blending will help cut back on oil imports for fueling vehicles.

NDTV – Dettol have been working towards a clean and healthy India since 2014 via the Banega Swachh India initiative, which is helmed by Campaign Ambassador Amitabh Bachchan. The campaign aims to highlight the inter-dependency of humans and the environment, and of humans on one another with the focus on One Health, One Planet, One Future – Leaving No One Behind. It stresses on the need to take care of, and consider, everyone’s health in India – especially vulnerable communities – the LGBTQ population, indigenous people, India’s different tribes, ethnic and linguistic minorities, people with disabilities, migrants, geographically remote populations, gender and sexual minorities. In wake of the current COVID-19 pandemic, the need for WASH (Water, Sanitation and Hygiene) is reaffirmed as handwashing is one of the ways to prevent Coronavirus infection and other diseases. The campaign will continue to raise awareness on the same along with focussing on the importance of nutrition and healthcare for women and children, fight malnutrition, mental wellbeing, self care, science and health, adolescent health & gender awareness. Along with the health of people, the campaign has realised the need to also take care of the health of the eco-system. Our environment is fragile due to human activity, which is not only over-exploiting available resources, but also generating immense pollution as a result of using and extracting those resources. The imbalance has also led to immense biodiversity loss that has caused one of the biggest threats to human survival – climate change. It has now been described as a “code red for humanity.” The campaign will continue to cover issues like air pollution, waste management, plastic ban, manual scavenging and sanitation workers and menstrual hygiene. Banega Swasth India will also be taking forward the dream of Swasth Bharat, the campaign feels that only a Swachh or clean India where toilets are used and open defecation free (ODF) status achieved as part of the Swachh Bharat Abhiyan launched by Prime Minister Narendra Modi in 2014, can eradicate diseases like diahorrea and the country can become a

India To Have Over 65 Per Cent Power Generation Capacity From Non-Fossil Fuels By 2030: RK Singh

India’s Covid Vaccination Is Not Over Yet, Government Still Has Stock Of 3 Crore Vaccines