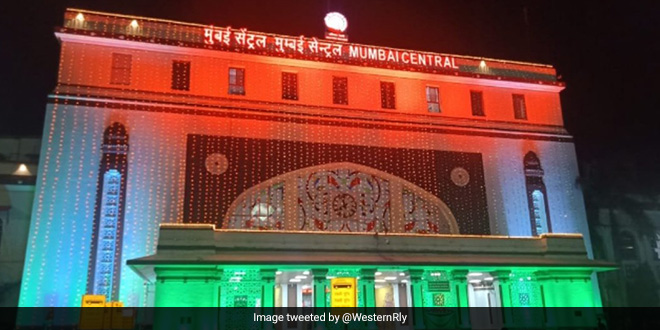 New Delhi: Food served on trains have been infamous for its quality, let alone nutritional value. In a first, Mumbai’s Central Terminus of the Western Railways (WR) has been awarded with a four-star rating and has been certified as India’s first ‘Eat Right Station’. The certification, facilitated by the Food Safety and Standards Authority of India (FSSAI), is part of the Eat Right India movement which focuses on improving the health of people by ensuring they eat healthy. Mumbai Central station was judged on several criteria like compliance of food safety and hygiene, availability of healthy diet, food handling at preparation, transit and retail/serving point as well as food waste management, among others.

Also Read: Western Railway Forms Team Of Ticket Collectors To Crack Down On Open Defecation At Mahim Station In Mumbai

Western Railways spokesperson told NDTV about the recognition they received for their efforts,

In order for us to get the four-star certification, the WR, food quality regulator FSSAI and Indian Railways Catering Tourism Corporation, in a joint effort, trained food handlers, both in canteens and base kitchens, inspected catering establishments at the station, certified and rated the standards of food.

He further explained how they simply wanted to comply with the two pillars of the Eat Right movement which are – Eat Safe and Eat Healthy, as they believe it can genuinely make a huge difference.

We believe that the eat right movement is one of the most significant government initiatives right now in terms of health as we are living in the fast food age, hence appropriate endorsement and attention needs to be paid to the habit of ‘eating right’. Railway food – whether available at the station or inside the train – is not really considered healthy. No matter how much focus is given to hygiene and cleanliness during the preparation of food in the Railways; there might be some gap in terms of transit or handling which ends up acting as a difficulty in ensuring a healthy meal. With this certification we’re proud that a step in the right direction has been initiated and hopefully every station in the country will soon be an Eat Right Station.

About The Eat Right Movement

Built on the pillars of ‘Eat Healthy’ and ‘Eat Safe’, the ‘Eat Right India’ movement aims to create awareness among the citizens to improve their health and well-being. Managed by FSSAI, the movement is a collective effort to make the demand as well as the supply-side interventions by involving key stakeholders.

When it comes to the demand side, the Eat Right Movement focuses on bringing about social and behavioural change among citizens and encouraging them towards making the right food choice. This will be done through using mass media primarily as well as other Information, Education and Communication (IEC) activities.

On the other hand, on the supply side, the movement focuses on encouraging the food businesses to reformulate their products in order to provide better nutritional information to consumers. This includes maintaining hygiene and sanitation while preparing the food, proper waste disposal and among others.

In Gujarat, 1000 Adolescent Girls Are Learning About Nutrition And Fighting Anaemia