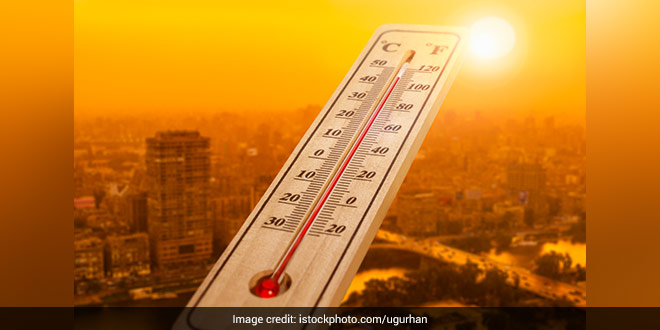 New Delhi: Global temperatures and the frequency and intensity of heatwaves will rise in the 21st century as a result of climate change, says the World Health Organization. It further explains that high air temperatures can affect human health and lead to additional deaths. In its latest report, Greenpeace India has analysed data acquired from Accuweather to study the average increase in temperatures over the month of April in 10 capital cities of India, with an aim to show the increasing intensity of the global warming-induced crisis. As expected, cities located in the plains and hilly regions have shown a drastic increase in the intensity of heatwaves, while coastal cities have fared relatively better, the evidence shows.

Here Are The Findings Of The Greenpeace India Study:

5. Similar, though slightly less severe, patterns were observed in Bhopal and Patna, where the cities recorded temperatures above 40°C earlier in 2022 than 2021, and experienced extreme heat for longer periods of time.

Impact Of Heatwaves On Human Health

As per WHO, extended periods of high day and nighttime temperatures create cumulative physiological stress on the human body which exacerbates the top causes of death globally, including respiratory and cardiovascular diseases, diabetes, mellitus and renal disease.

Unbearable summer heat is becoming the new normal in India as the effects of climate change become increasingly real. This year, India witnessed high summer temperatures beginning from the end of March and early April. The summer temperatures peak typically occurs towards the end of April and May, states the Greenpeace India analysis.

According to Indian Metrological Department (IMD), North, West, and Central India faced the hottest weather in 122 years. According to multiple climate models, the situation is only set to worsen in the coming decades if adequate measures are not taken.

The Greenpeace report also highlights the various impacts of heatwaves on human health such as heat exhaustion, heatstroke, life-threatening complications, and worsening of pre-existing conditions. The rising temperatures have an economic cost as well, resulting from crop failures, food insecurity, loss in total working hours and more.

On some days the heat is so unbearable that I fall ill. We don’t have any amenities to protect us from these extreme temperatures. We are recommended to drink more water but there are no facilities for us to acquire clean drinking water frequently in this city. I try to keep myself and my rickshaw cooler using a cloth for shade but despite that, it is difficult to get customers during the summer.

Avinash Kumar Chanchal, Campaign Manager, Greenpeace India and the co-author of the study, tells NDTV that the conclusion is quite clear, we are living amidst a ‘deteriorating climate crisis’.

We need just and equitable responses. Apart from governments and corporations focusing on adaptation and mitigation measures required to deal with climate change, we will also require measures specific to increase the adaptability of the population during extreme events like heatwaves in India. These responses need to include effective communication, efficient warning systems, special response for vulnerable populations, increase in green cover and conservation of water bodies in our cities. We need practical and urgent solutions, and we need them now.

COVID-19 Update: New Omicron Subvariants Found In India, What We Know So Far