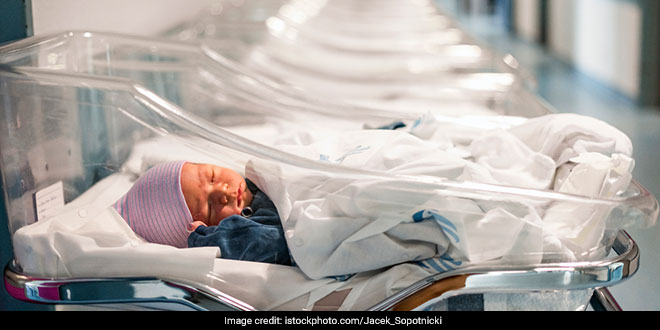 New Delhi: India’s under 5 mortality rate has significantly declined by from 35 per 1,000 live births in 2019 to 32 per 1,000 live births in 2020, with the highest decline recorded in Uttar Pradesh and Karnataka, according to the Sample Registration System (SRS) Statistical Report 2020. According to the report released on Thursday (September 22), by the Registrar General of India, the country has been witnessing a progressive reduction in infant mortality rate (IMR), under 5 mortality rate (U5MR) and neo-mortality rate (NMR) since 2014 towards achieving the Sustainable Development Goals (SDG) targets by 2030, Union Health Minister Mansukh Mandaviya said.

He thanked all health workers, caregivers and community members for relentlessly working towards reducing child mortality.

There has been a sustained decline since 2014, as revealed by SRS 2020. India is poised to meet 2030 SDG targets of child mortality under the leadership of Prime Minister Narendra Modi ji with focused interventions, strong Centre-state partnership and dedication of all health workers, the minister noted.

The IMR for the country has come down to 28 in 2020 from 37 in 2015, a decline of nine points over the last five years and an annual average decline of about 1.8 points, according to the report.

Despite this decline, one in every 35 infants at the national level, one in every 32 infants in rural areas and one in every 52 infants in urban areas still die within one year of life, it said. The report also mentioned that the sex ratio at birth for the country has gone up by three points to 907 in 2018-20 from 904 in 2017-19. Kerala has reported the highest Sex Ratio at Birth (974) while Uttarakhand the lowest (844).

At present, the TFR of a rural woman is 2.2 at the national level which is higher than that of an urban woman (1.6).

The Crude Death Rate (CDR) for the country is 6.0 in 2020. The maximum CDR has been reported for Chhattisgarh (7.9) and the minimum for Delhi (3.6). During the last five years, the decline in national CDR has been to the tune of 0.5 points. The corresponding decline in female CDR is 0.7 points whereas in male CDR, it is 0.3 points.

In case of about 82.6 per cent live births, the mothers have received the medical attention at delivery either at government or private hospitals in 2020 against the 82.8 per cent in 2019.

There has been an increase of 0.3 percentage points in 2020 (48.8) over 2019 (48.5) in case of deaths where the deceased have received medical attention before death, either at government or private hospitals, the report added.