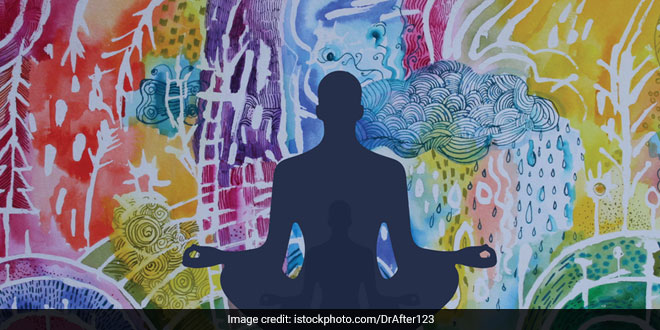 More than 15,000 people participated in the Yoga celebrations along with the Prime Minister at the Mysore Palace grounds in Karnataka

New Delhi: The 8th International Day of Yoga was special in many respects. This year, many transgenders, specially-abled persons and orphans got a chance to do yoga with Prime Minister Narendra Modi for the first time. As many as 15 transgenders participated in the yoga event on Tuesday (June 21) at Karnataka’s Mysuru. These transgenders considered this moment as a milestone in their lives and said that they have faith in PM Modi that he makes their lives better by introducing a good scheme for their community.

Today our enthusiasm is high. We never thought that we will perform yoga with PM Modi. People look down upon us. We are glad to be invited to the yoga event with the Prime Minister. For this, we practised yoga for the last 15 days. We were also given training. After which 15 transgenders were selected for the event.

Pranati said that the number of transgenders in Mysore earlier was close to two thousand.

Due to a lack of employment opportunities here, a large number of transgenders moved to other cities including Andhra Pradesh, Delhi, and Hyderabad. Today only 15 transgenders have come from our community. We will be participating in more such programs in the coming years.

Nisha, another transgender participating in the event said,

It’s a different day for us. During the COVID pandemic, we faced a financial crisis. That time, we were provided free rations through PM Modi’s free ration scheme. We have defeated COVID with the free vaccines arranged by PM Modi. Today, we feel honoured to be invited to a program of this stature.

Along with transgenders, 200 specially-abled and 100 orphan children also participated in the 8th International Day of Yoga in Mysuru.

Mysuru resident and specially-abled Anjesh, who participated in the yoga event said,

I am very happy to witness a historic day like this.

Ratna, an orphan, who was part of the event, said,

It is a matter of pride to do yoga with PM Modi. Millions of people have won the war against COVID with yoga. Therefore, everyone should definitely do yoga.

On the occasion of the International Day of Yoga, Prime Minister Narendra Modi on Tuesday said that yoga is becoming a way of life and has become a source of inspiration for health, balance and cooperation.

The Prime Minister remarked that India is celebrating Yoga Day at a time when the country is celebrating its 75th year of independence, “The Amrit Mahotsav.”

This widespread acceptance of Yoga Day is the acceptance of that. Amrit spirit of India which gave energy to India’s freedom struggle. Mass Yoga demonstrations are being organised at 75 iconic locations across the country which have been witness to the glorious history of India and have been the centre of cultural energy.

The Prime Minister also elaborated that the experience of collective yoga at the historical sites of India is like tying together India’s past, India’s diversity, and India’s expansion.

Also Read: International Yoga Day 2022: The Importance Of Yoga For The Mind, Body and Soul

He also informed about the novel programme ‘Guardian Yoga Ring’ which is a collaborative exercise between 79 countries and United Nations organisations along with Indian Missions abroad to illustrate Yoga’s unifying power that surpasses national boundaries.

As the sun apparently moves from the east to the west across the world, the Mass Yoga Demonstrations in the participating countries, if seen from any one point on Earth, will seem to be happening one after the other, almost in tandem, thus underlining the concept of ‘One Sun, One earth’. The Prime Minister further added.

These practices of yoga are giving wonderful inspiration for health, balance and cooperation.

Prime Minister on Tuesday (June 21) performed yoga at the main event of the eighth edition of the International Day of Yoga in the heritage city of Mysuru in Karnataka.

More than 15,000 people participated in the Yoga celebrations along with the Prime Minister at the Mysore Palace grounds. Prime Minister said the yogic energy, which has been nurtured for centuries by the spiritual centers of India like Mysuru, is today giving direction to global health. Today yoga is becoming a basis for global cooperation and is providing a belief of a healthy life to mankind.

Thanking United Nations and all the countries for taking this theme globally, the Prime Minister said,

Yoga has now become a global festival. Yoga is not only for any individual but for the entire humanity. Therefore, this time the theme of the International Day of Yoga is – Yoga for humanity.

Karnataka Governor Thaawarchand Gehlot, Karnataka Chief Minister Basavaraj Bommai, Union Minister for Ayush Sarbananda Sonowal, officials of the Ministry of Ayush and the Government of Karnataka and other dignitaries performed yoga at the event.

He said that yoga is not only for any individual but for the entire humanity.

This year the theme for the celebration is “yoga for humanity”. The Prime Minister’s yoga programme at Mysuru is also part of the novel programme ‘Guardian Yoga Ring’ which is a collaborative exercise between 79 countries and United Nations organisations along with Indian Missions abroad to illustrate yoga’s unifying power that surpasses National boundaries.

As the sun apparently moves from the east to the west across the world, the Mass Yoga Demonstrations in the participating countries, if seen from any one point on Earth, will seem to be happening one after the other, almost in tandem, thus underlining the concept of ‘One Sun, One earth’.

Keeping the overarching theme of the 75 years of India’s independence the Ministry for Ayush also identified 75 locations for Union Ministers to participate in the Yoga Day celebration. This year International Day of Yoga 2022 witnessed many firsts, including the ‘Guardian ring’, yoga demonstration by Union cabinet ministers at 75 iconic locations in India and a special digital yoga and static exhibition in Mysuru Dussera Grounds, Mysuru.

According to the Ministry of Ayush, as many as 25 crores of people are expected to participate in International Day of Yoga 2022 celebrations across the world.

Earlier, Yog Guru Ramdev performed yoga at Patanjali Yogpeeth in Haridwar. Many children and other people also attend the event. It was during his speech at the UN General Assembly in September 27, 2014, that Prime Minister Narendra Modi first floated the idea of the International Yoga Day.

The draft resolution passed by India was supported by 177 nations. With universal recognition and the growing popularity of yoga, the United Nations declared June 21 as the International Day of Yoga on December 11, 2014. The first International Yoga Day was celebrated on June 21, 2015.

Related Topics:
International Yoga Day Leaving No One Behind Swasth India
Up Next