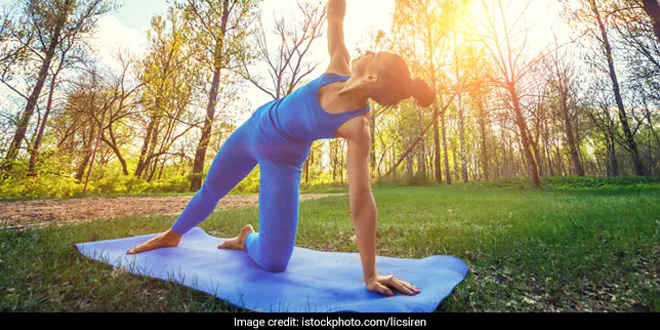 In March, WHO and the Government of India signed an agreement to establish the WHO Global Centre for Traditional Medicine (GCTM) in Jamnagar, India

New Delhi: Dr Poonam Khetrapal Singh, WHO Regional Director for South-East Asia said that yoga has helped hundreds of millions of people from various countries and cultures during the COVID-19 pandemic in staying healthy as well as highlighted that yoga is for all of humanity. On the eve of International Day of Yoga (IDY), WHO and its Member States in the South-East Asia Region lead global efforts to celebrate the physical and mental health benefits of yoga and its contributions to lifelong health and well-being.

Throughout the COVID-19 response, yoga has helped hundreds of millions of people from all countries and cultures stay healthy and well, highlighting that yoga is for all of humanity – the theme of this year’s IDY event.

Consistent with the Region-wide push to reorient health systems towards strong primary health care (PHC), she noted that the policy-makers should consider integrating yoga into community-based mental health and well-being initiatives, while also increasing efforts to leverage the power and potential of safe and effective traditional medicine.

Regular yoga practice can help people of all ages and incomes achieve the adequate physical activity, making it a high-impact, cost-effective way to prevent and control noncommunicable diseases (NCDs) – one of the Region’s eight flagship priorities, she added.

It has been shown to have immediate psychological effects, decreasing anxiety and stress, and increasing feelings of emotional and social well-being, the WHO Regional Director said ahead of International Yoga Day which falls on June 21.

She continued by saying that the Region continues to intensify action to increase physical activity and enhance mental health, in line with its Flagship Priorities, the WHO Global Action Plan on Physical Activity (GAPPA) 2018-2030, the WHO Comprehensive Mental Health Action Plan 2013-2030, and the Sustainable Development Goals.

Last year, WHO launched a Regional Roadmap on implementing the GAPPA, which will help the Member States identify and implement policies to achieve a 15 per cent relative reduction in the prevalence of insufficient physical activity by 2030.

Ministers of health and education from across the region issued a ‘Call to Action’ to scale up the implementation of comprehensive health programs in schools, including by facilitating the physical activity, further Dr Singh said,

Amid the ongoing COVID-19 response and recovery, policymakers should explore integrating yoga into preventive and promotive health strategies, especially for mental health a core priority in the months and years ahead.

These are exciting times for traditional medicine (TRM). In March, WHO and the Government of India signed an agreement to establish the WHO Global Centre for Traditional Medicine (GCTM) in Jamnagar, India. The GCTM – which is supported by an investment of USD 250 million from the Government of India – has a strategic focus on evidence and learning, data and analytics, sustainability and equity, and innovation and technology, with the overall aim of optimizing the contribution of TRM to global health and sustainable development.

The mission of the GCTM is well aligned with the Region’s longstanding focus on strengthening TRM system performance monitoring, increasing safety monitoring for TRM products, enhancing research capacity on TRM, and integrating safe and effective TRM into health service delivery, especially at the PHC level.

Yoga is not only widely accessible but also has widespread appeal, reflected in the 177 votes garnered at the UN General Assembly in 2014 to make the IDY an annual, globally recognized celebration, as well as the inclusion of yoga in physical activities at WHO Governing Body meetings in the Region and more recently globally, including at the World Health Assembly.

In the Region’s onward quest to prevent and control NCDs, WHO will continue to highlight the physical and mental health benefits of yoga, alongside other forms of traditional knowledge, skills and practice to prevent, diagnose and treat physical and mental illness. On the International Day of Yoga, WHO reiterates its commitment to support all countries of the Region to leverage the power and potential of yoga, for a healthier, happier and stress-free future for all.

Over 193.53 Crore COVID Vaccine Doses Have Been Provided To States And Union Territories: Ministry Of Health And Family Welfare

International Day of Yoga: Here’s All You Need To Know