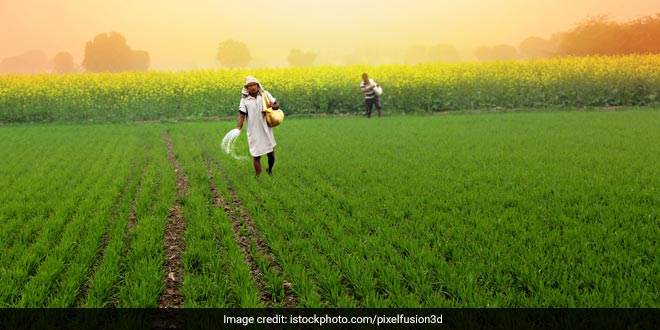 New Delhi: 828 million people were affected by hunger in 2021 that is 46 million people more from 2020 and 150 million more from 2019, reports The State of Food Security and Nutrition in the World (SOFI) 2022. Around 2.3 billion people in the world (29.3 percent) were moderately or severely food insecure in 2021. With startling levels of food insecurity, how do we achieve the goal of ‘leave no one behind’ – this year’s theme for World Food Day? To discuss the same, NDTV spoke to Dr Ulac Demirag, Country Director and Representative, International Fund for Agricultural Development (IFAD).

Also Read: There Is Enough Food For Everybody, It Is About Accessibility: Shombi Sharp, UN Resident Coordinator

In the world, there are about 800 million small-scale producers and they are feeding about 3 billion people. Therefore, 3 billion people are eating the food that produced by small-scale producers. If you look at India alone, 75 million households are small-scale producers that are themselves very often the most vulnerable to food insecurity. It is a very big paradox in fact. At IFAD, we are working with marginal producers that are very vulnerable and, you know, poverty and vulnerability is a pair that goes as much as prosperity and resilience. We are working really to move them from ‘survive’ to ‘thrive’ to make these farmers more resilient and more food secure.

India is one of the largest producers of food grains, fruits and vegetables, with overflowing granaries. Despite that, one-fourth of the world’s undernourished people live in India. Talking about the dichotomy and explaining the role of agriculture in ensuring food security, Dr Demirag said,

Agriculture must become a game changer or must become a part of the game changer for India. We are food producers but at the same time, we have all these poor people still being so vulnerable to going hungry themselves. Something must change and I believe that there is very much scope to improving investment. As a public sector, we need to invest in the public good that creates level playing field so that private investment can come in because only through private investment we can really bring agriculture to the scale that it needs. We will also only then be able to see the adoption of innovations. We need to have productivity. Once these smallholder farmers are also getting entry to the market. Because for now, they are very much excluded.

Further talking about achieving the goal of zero hunger, as enshrined in the United Nations Sustainable Development Goals, Dr Demirag stressed upon investment. He said,

We have to invest in public goods that create a situation in which much more investments is coming into the agricultural sector but at the same time, we have to not only look at the amount of investment but also the quality of investment. Because there are only certain investments that trigger the change that we want to see. The transformative change for better lives, better resilience and better nutrition. We want to have a healthy environment. All this comes through right investment.