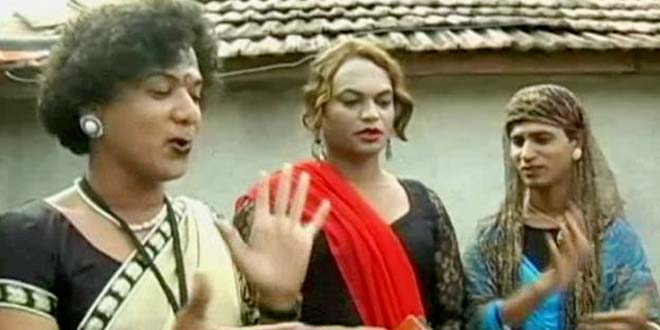 In 2014 with the launch of Swachh Bharat Abhiyan, when Prime Minister Narendra Modi called for a nationwide awakening with regard to cleanliness, he stressed on including everyone in this national cleanup drive. This proved to be true for Sanjana Singh, a transgender who gained attention in 2015 when her noble efforts of spreading the message of cleanliness and ending open defecation in Madhya Pradesh were brought to fore. Sanjana, founder of the NGO Mitra Shringaar Samiti, was asked by the Madhya Pradesh government to involve the Kinnar community in spreading the message of sanitation and promote the Swachh Bharat campaign.

My NGO has been doing active work among sexual minorities since 2007. In 2014, we were requested by the Madhya Pradesh state government to become a part of the Swachh Bharat Mission to increase awareness on sanitation in rural areas. I realised the importance of the campaign and said yes. It was also a valid platform for me to prove that transgenders can contribute to the society and not just entertain people, said Sanjana Singh, founder, Mitra Shringaar Samiti.

Her song and dance routine in spreading the message of sanitation was soon loved by the locals. Her own village of Naandini, where most of the 131 households lacked toilets, became an open defecation free zone in 2015. Thanks to her efforts, each household constructed a functional toilet. By the end of 2015, another 11 villages had toilets in almost 80% households. 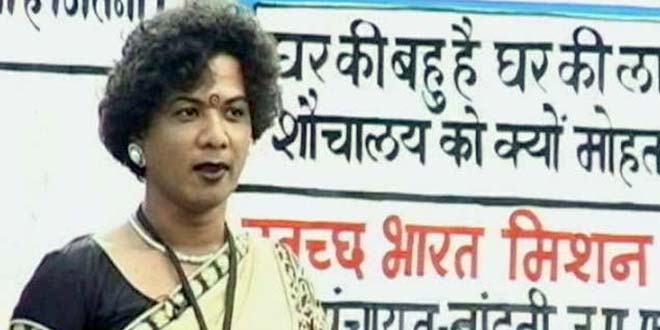 It sounds fantastic, but it wasn’t an easy journey to begin with.

The transgender community in India is often seen with suspicion and fear. The villagers were initially reluctant to talk to a transgender but gradually the women in the village started opening up. They shared their grievances of open defecation and were inspired by Sanjana’s campaign to build toilets.

For us, the scenario began to change socially as well. Earlier we were not accepted socially and were confined to our roles of singing and dancing. But when we visited people to spread the message of sanitation, people gradually started opening up to us with their grievances. Women would listen to us and share their troubles of open defecation, something they never did with government authorities. People started respecting us for what we were doing, said Sanjana.

However, a year later, the impetus and enthusiasm with which Sanjana and her co-workers began spreading the cleanliness message seems to have ebbed away. Sanjana claims it all fizzled out due to a lack of funds and communication from the government bodies that were behind the campaign.

We have not received any financial help from the Zila Panchayat or the Bhopal Nagar Palika in the past one year. We were very enthusiastic about spreading the message of cleanliness and the importance of building toilets. But we didn’t receive substantial communication from the government, and there was no agreement signed between my organisation and the government with regard to continuation of the campaign, said Sanjana Singh, founder, Mitra Shringaar Samiti.

When contacted, the Bhopal Zila Panchayat, said that it was Sanjana and her team that did not have the required time for the campaign as a result of which the awareness program being halted.

Sanjana and her team remain busy most of the time due to their professional commitments. They were initially available for going to some of the adjoining villages and conduct the campaign but for the past one year, they are rarely available for campaigning work. This is the reason why campaigns couldn’t be conducted regularly for the past one year, said Vishnu Vishwakarma, member, Bhopal Zila Panchayat.

Sanjana however, remains committed to the cause of cleanliness and sanitation. A role model for her community, Sanjana remains enthusiastic about the cause and maintains that with adequate help and support, she would like to continue campaigning to put open defecation to an end. 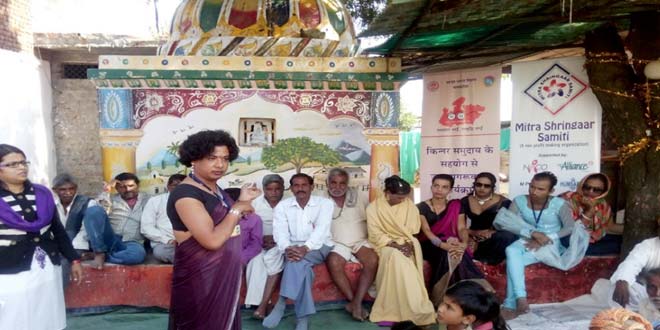 The campaign brought them closer to people, who started to accept them socially.

If proper funds and assistance are available, I would love to continue campaigning for awareness on sanitation. These campaigns have changed the way we are perceived as in the society and I want more of our community members to become a part of my campaigns. Good results have been achieved wherever we campaigned. We just need adequate support from the authorities to keep the campaign up and running, Sanjana said.

Madhya Pradesh ranked second among all states in terms of completion of toilet construction in 2016 as the state constructed 182,072 household toilets and 6,960 community toilets. The state capital Bhopal had set a benchmark for the rest of the country when the mayor of Bhopal Municipal Council announced the construction of separate restrooms for the third gender community. For Sanjana and members of her community, it was a much needed initiative on behalf of the state government. Along with public spaces being made available to them, the task of spreading the message of Swacchta was seen as a noble task as villagers welcomed them and heard them with attention.

To Build 100 Toilets A Woman In Chhattisgarh Mortgages Her Jewellery