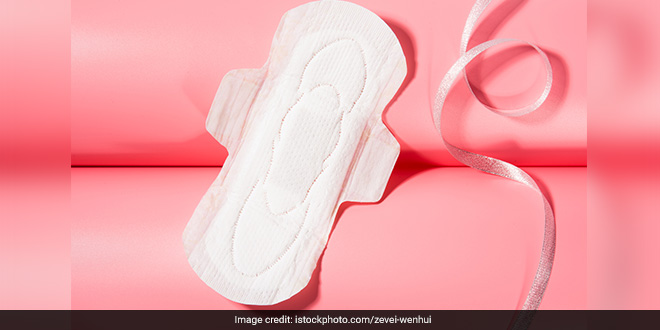 New Delhi: Highlighting how women play a significant role in society, the Ambassador of Israel to India, Naor Gilon, inaugurated a special project called ‘Saaras’ in collaboration with Khushi Foundation that promotes women’s empowerment, menstrual hygiene and awareness in, Arthala, Ghaziabad today (September 20). The ambassador inaugurated a centre with the facilities to produce eco-friendly and cost-effective sanitary napkins that do not go through any process of refining and chemical washing. The manufacturing unit has been established with the help of MASHAV- the Agency for International Development Cooperation in the Ministry of Foreign Affairs of the State of Israel and the machine can produce 10,000 pads per day.

Also Read: The Connection Between Menstrual Hygiene And Sanitation

The envoy also participated in the menstrual awareness camp organized by the Embassy of Israel and doctors from the Rajiv Gandhi Cancer Institute.

Addressing the gathering, the ambassador highlighted that it is one of the many unique projects which is women dominated- from production to its distribution.

Speaking to ANI post-event, the ambassador called this a win-win situation and this project is one of such events that is being done to celebrate 30 years of full diplomatic relations between India and Israel. He said,

It is a part of a series of events that we are doing to celebrate the 30 years of full diplomatic relations between India and Israel. Our relations are outstanding in all fields. In Israel, women are a big part of the economy of society and the government. It’s only natural for us to do such kind of activity here. It is a project that is done by women, from Manufacturing to production to distribution. They earn money and they give very affordable equipment to women. So, it’s a very win-win situation and I am very happy to be here.

This project deals with all ‘pillars’ for menstrual health and hygiene upliftment: social support, knowledge, skills, facilities, and materials. From the first step of production of the pads to the distribution, the entire process is led by an all-women local team from within the community. Along with that, the project has collaborated with accredited social health activist (ASHA) workers from the Health department of Ghaziabad who have helped the team with sensitization and mobilization of the community.

Over 90 Airports In India To Be Carbon-Neutral By 2024: Aviation Minister Jyotiraditya Scindia