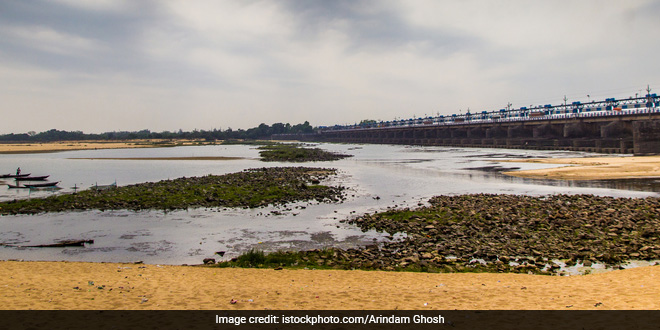 Ramgarh (Jharkhand): Describing rivers as “places of worship”, Jharkhand Chief Minister Raghubar Das has asked factories and industrial units to take measures to prevent water pollution. Addressing a public meeting on May 24 on Damodar riverbank, Minister Das said industries are needed for economic development of Jharkhand but rivers are the lifeline of the state. He lauded his cabinet colleague Saryu Rai for helming the Damodar Bachao Andolan (Save Damodar movement) over the past 12 years and said the initiative would go a long way in protecting rivers.

Damodar river has been described as Deonad in Hindu Vedas, the place of worship for Hindus, the Chief Minister said after attending evening prayers on its banks. “It’s not the duty of the government alone but of each and every person to protect and clean rivers,” Minister Das said. Rai, who holds the food, civil supply and consumer affair portfolio in the state, said Damodar river has largely become pollution free due to his campaign but industrial wastes from Bokaro Steel Plant are discharged into the river even today. The management of the steel plant has promised to setup a water treatment plant as soon as possible, he added.