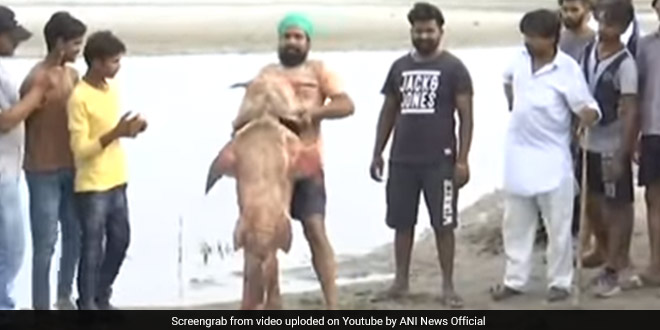 Chandigarh: Punjab Governor V P Singh Badnore expressed concern over the contamination of the Beas river following the release of molasses by a sugar mill and sought full details from Chief Minister Amarinder Singh about the damage to the environment.  In a written communique to chief minister Singh, Governor Badnore said the river water is used for drinking in downstream districts of Punjab and Rajasthan. He urged the state government to immediately take steps to reverse the situation and address the long-term issue of pollution of rivers in Punjab, which roughly means “the land of five rivers” – Jhelum, Chenab, Ravi, Sutlej, and Beas.

In a letter to Union Environment Minister Harsh Vardhan, Mr Badal described the contamination as “a shocking example of the brazen insensitivity of the offending parties with active patronage of the state government.”

He demanded the immediate arrest of people responsible for the contamination. He said the Centre should directly address the issue as it has become a “multi-state calamity”. The former deputy chief minister also demanded that an environment ministry team carry out an on-the-spot study of the situation.

“That team should assess the extent of damage…and determine the scale of compensation to be paid to the affected people,” he said.

The burden of the compensation should be borne by the industrialist, he said. A large number of fish were found dead in Beas river on May 17 after molasses from the sugar factory leaked into the river in Punjab’s Beas town, about 40 km from Amritsar.

Taking On Stigmas And Taboos: Comptroller And Auditor General Steps Into A Toilet, Empties It Barehanded