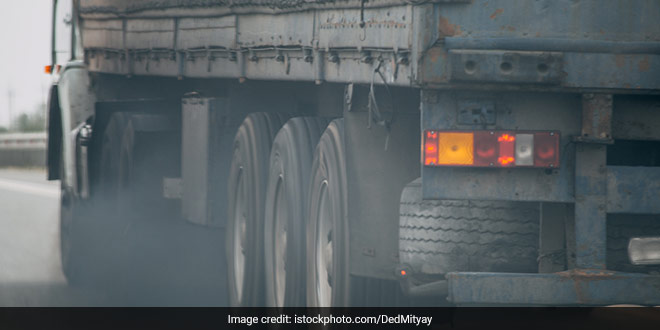 Ranchi: Aerosol pollution is expected to rise by five per cent in Jharkhand next year, which may lead to a drop in visibility levels and pose a host of health problems for its citizens, a study by a premier research organisation said. Such pollution is likely to remain in the “highly vulnerable” red zone in the eastern state, it said. The study found that emission from thermal power plants was the main contributor to high aerosol amounts comprising particulate matter (PM2.5 and PM10), sea salt, dust, sulphate, black and organic carbon.

Rising aerosol pollution might aggravate asthma, lung and cardiovascular diseases. Children, women and elderly people might be the worst sufferers.

He also said, “Aerosol pollution is expected to rise by five per cent, pushing the AOD level over 0.6 within the vulnerable (red) zone in 2023.” Aerosol Optical Depth (AOD) is a quantitative estimate of the aerosol present in the atmosphere and it can be used as a proxy measurement of PM2.5.

Stating that Jharkhand currently falls under the red category, which indicates “high vulnerability with AOD over 0.5”, he said the long-term research was conducted by studying satellite-based data.

Mr Chatterjee and PhD scholar Monami Dutta from the same institute conducted the research- A deep insight into state-level aerosol pollution in India.

The increase in AOD in Jharkhand might seem negligible but the state is in the red zone. A little increase in the count would make the eastern state extremely vulnerable in the future.

The AOD at zero indicates a clear sky with maximum visibility, while the aerosol optical depth at 1 refers to very hazy conditions.

AOD value less than 0.3 falls under the green zone (safe), while a count between 0.3 and 0.4 refers to the blue segment (less vulnerable) and 0.4-0.5 in the orange category (vulnerable), while over 0.5 is the highly vulnerable red zone, the study said.

Vehicular emission is the next biggest contributor to aerosol pollution in the state.

Number of vehicles might have increased but engines have improved, particularly after the introduction of the BS-6 standard. So, vehicular pollution has reduced.

The study recommended that Jharkhand needs to achieve approximately 70-80 per cent reduction in TPP emission to reach a threshold AOD value of 0.4.

“This would mean that the state requires to reduce less than 5 GW thermal power generation capacity in order to move from the red zone to the blue one,” it suggested.

Asked about steps taken to reduce thermal power plant emission, Jharkhand State Pollution Control Board (JSPCB) chairman Sasikar Samanta said, “A state-level task force was recently constituted, which will draft a strategy to reduce the emission and phase out the plants.” He also mentioned that PCB authorities have been monitoring the thermal power plants whether these units are following the pollution control guidelines and standard operating procedure.