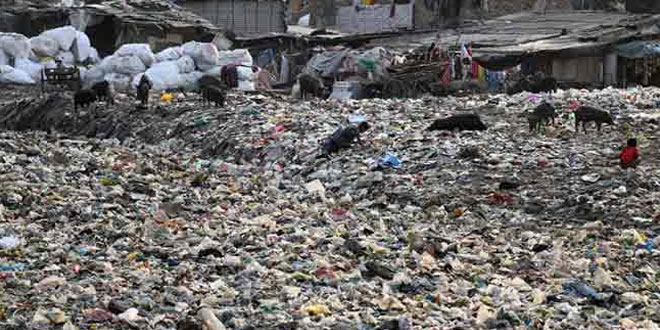 Kanpur: The Swachh Bharat Abhiyan pitch may have touched a high in the country but villages in an around Kanpur are still forced to live in filthy surroundings. The Kanpur Municipal Corporation’s solid waste management plant is close to Panki Padao, Jamui, Baduapur Saraymira villages and the extent of filth and malodour around is such that it is not only making residents ill but is also sending its young men into ‘forced bachelorhood’.

Eligible youngsters in the village are apparently not getting marriage proposals as they are afflicted with communicable diseases.

Santosh Rajput, a resident of Baduapur village, said a pond full of water was filled up and converted into waste dump about five years ago.

Since then, 70 per cent people in the village are suffering from either asthma or tuberculosis and no wedding has taken place as most young men are ill. Rajput said even if someone got married in the village, the alliance ended after a while.

My nephew’s marriage was fixed but the girl’s family called it off due to the filth in our village. We have not heard the sound of ‘shehnai’ in the last five years.

A resident of Panki Parao village, Ravi Rajput said the Kanpur Muncipial Corporation’s solid waste plant has been creating a lot of problems for them.

“The corporation has dumped the entire city’s garbage on our head. All the waste plants are close to our village. We can’t even send our children to school,” he said, adding, “We have no choice but to breathe this toxic air.”

Neither girls nor boys are getting married. There are at least 60 men of marriageable age in our village, but there are no proposals.

Ramesh, a resident of Jamui village, said, “I am suffering from TB due to this waste management plant. I am looking for a match for my son, but no one seems to be interested.”

Additional Municipal Commissioner Amrit Lal Bind said arrangements were being made to shift the waste processing plant to some other place. He said regular health camps were orgnised in the villages to tackle the diseases.

Kanpur Mayor Pramila Pandey said the city administration was working on a plan to shift the waste management plant elsewhere. “It is in the discussion. Something will be done,” she said.

National Health Profile 2019 Takeaways: While Life Expectancy Rises To 68.7 Years, There Is Only One Government Doctor For More Than 10,500 People In India