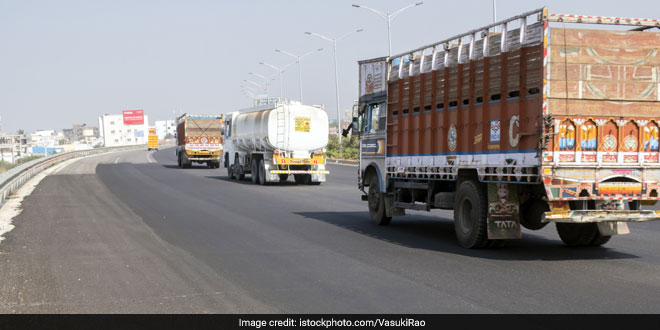 New Delhi: Imagine a world without landfills or dump yards, spick and span roads with no sight of garbage, where all the waste people generate get tackled in a proper scientific way rather than becoming an eyesore in a landfill or choking rivers and other water bodies. To make this vision a reality, Kerala has started with an initiative wherein non-recyclable waste is being utilised in making state roads. This is part of the state’s Suchitwa Mission, an ambitious programme launched by the state government in 2014 to make Kerala a clean and green state of India.

Till today, approximately 9,700 tonnes of non-recyclable plastic waste that includes food storage containers, disposable diapers, bottle caps, PVC pipes, to name a few have been used in laying 246 kilometres of road in the state. Talking to NDTV about the initiative, Renjith Abraham from Suchitwa Mission said,

Kerala has always been ahead in managing its waste – Last year, on November 1, during Kerala’s foundation day, the state declared its intention of becoming India’s first waste-free state, wherein the authorities set the target of making Kerala zero waste in one year’s time. Since then a lot of initiatives have been taken in order to reduce waste production in Kerala. And this is just the part of the overall state’s aim.

From Plastic Waste To Material For Road Construction

Explaining how the authorities zero-down the idea of utilising plastic waste in building state’s roads, Mr Abraham said that the idea CAME from Rajagiri College, Ernakulam, who had experimented with plastic waste and had made 500 metres of campus road using plastic bottles, caps, packaging material, back in 2012. He adds,

From the college, the idea was adopted by Ernakulam’s gram panchayat and after that was successful the idea was widely adopted by the government and it was decided that now Kerala will use plastic waste to build its roads. Parallelly, the government also started ‘Kudumbashree’ movement in the state wherein the workers go door-to-door every fortnight to collect non-recyclable plastic. The state government has also invested in the plastic shredding infrastructure and made around 418 Resource Recovery Facilities in the state so that the waste can be segregated properly and non-recyclable waste can be collected easily.

Moreover, within the state, the authorities have made a rule of having women members from each block/village/gram panchayat, who will be responsible for helping in instutionalising the process of converting plastic waste into road materials. The women members are proudly called ‘Haritha Karma Sena’ (Green Warriors) – from doing campaigns to educate people why it is necessary to give them their plastic waste to going door-to-door in order to collect plastic waste and then further segregating the plastic waste, these women warriors are associated in every step of the process, related to the initiative.

Watch: How This 49-Year-Old Artist From Kerala Is Managing Her Waste

With 3Rs – Reduce, Reuse and Recycle as the thumb rule, the chain has been formed in the state wherein first all non-biodegradable waste is collected and transported by the workers to the Resource Recovery Facility, then it is segregated and sorted and then forwarded for reuse and recycle effectively.

Roads made using plastic are more durable and it also reduces chances of water damages, thereby increasing durability and the strength of the road to take on more traffic. Moreover, with plastic waste coming in the picture, usage of bitumen, also known as asphalt, a black substance made from petrol that is used for covering roads, is reduced. That means the overall cost and resources used will also reduce.

It is because of such initiatives being followed by the state on a regular basis, Kerala has been given the tag of India’s green state. It is home to the first plastic-free district – Kannur and a zero-landfill city – Alappuzha.

It is time, rest of India starts taking inspiration.