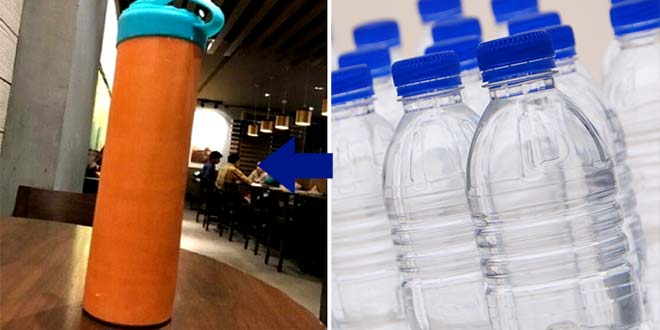 New Delhi: From January 2019, every hotel owner in, the capital city of Kerala, will be providing drinking water, free of cost, to the travellers Trivandrum and residents of the city so that people can refill their water bottles instead of purchasing plastic water bottles. B. Vijaykumar, Secretary of Kerala Hotels and Restaurants Association (KHRA) for Trivandrum told NDTV, “Water cans will be placed outside every hotel, and people will be welcomed to fill their water bottles. By not purchasing bottled water, people will be saving both, their money as well as the environment.”

The district administration of Trivandrum proposed the idea to KHRA during a meeting held at the collectorate a few days ago, to cut down the purchase of bottled water and its subsequent dumping in public spaces, informed Mr. Vijaykumar. KHRA agreed with the idea and stated that is will be implemented first Trivandrum in January 2019 and then it will be replicated in other Kerala cities as well. According to Mr. Vijaykumar,

The hotels will be providing hot, cold and normal water and the water provided will be filtered. The hotels will also be raising awareness of the menace of plastic waste and will be asking people to bring vessels/ bottles made of metal to fill water instead of buying a plastic water bottle.

Mr. Vijaykumar asserted that this initiative will help in tackling the growing plastic menace in the district as more than 5000 hotels in the district will be part of this initiative. As per UN Environment, 1 million plastic drinking bottles are purchased every minute and experts say that plastic takes more than 500 years to decompose. “We have decided to encourage the hotel owners registered with KHRA to do business in an eco-friendly way”, Mr. Vijaykumar said.

Chacha Chaudhary Is Back, This Time To Promote Cleanliness And Waste Management